When Dice was caught by the Shine City Police in the Sewage Facility he was forced to make his escape by dropping straight down into the pipes. Now, the Sewage Facility doesn't just contain simple waste water. Full of unspeakable toxins and experimental bacteria, Dice soon lost consciousness. Some time passed and in a stroke of luck, Latch detected his lifeless body on his Robo-Sub's sonar. While in Latch's care, Dice bandaged his own diseased skin and quickly fled into the darkness as if possessed by some primal instinct. He was spotted destroying his long time rival Doombox in a match not long after. 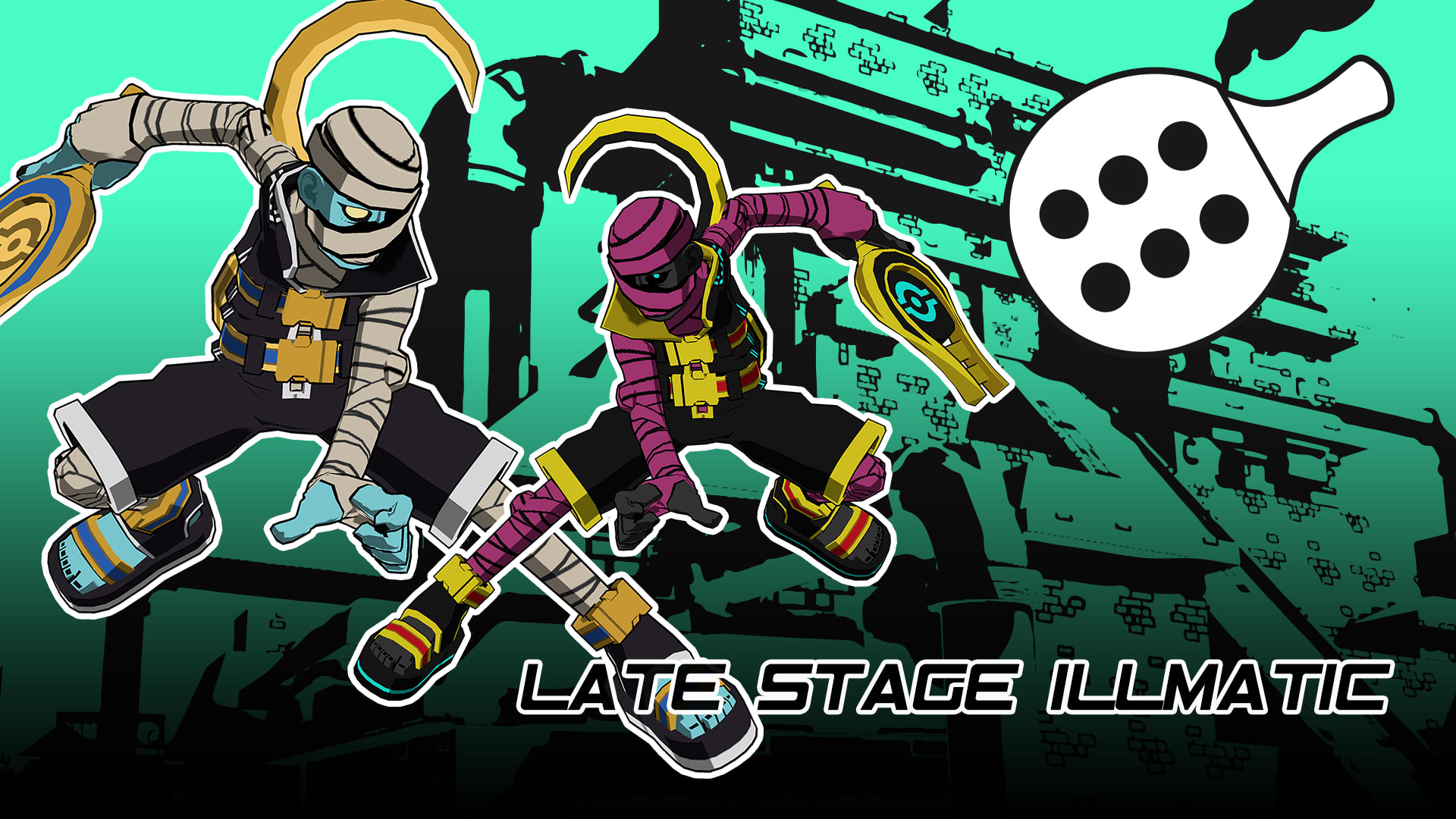