You spawn in the centre of the screen, moments later the screen is filled with mines, robots, rabbits, and lasers from beyond the stars. Collect space gems for bonus points and shoot everything else.

With 32 screens of increasingly colourful and crazy laser firing mayhem, how far into fish space can you get? 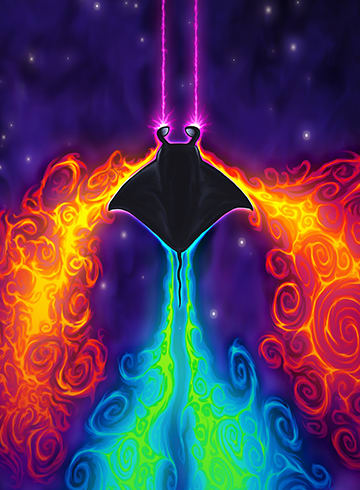 This game contains flashing images that could potentially trigger seizures for people with photosensitive epilepsy.
© 2020 The Future Of Videogames. Licensed to and published by Thalamus Digital Publishing Ltd.