Boot Hill Heroes is the first game in a series that fuses elements of spaghetti western film - gunslinging outlaws, brave lawmen, and the untamed wilderness - with classic RPG storyline and gameplay. It's an epic Wild West adventure packed with excitement, intrigue and a dose of humor.

-4 Player Co-op: Play single player or up to four player local co-op. Friends can seamlessly drop-in and take control of one or more of the four characters!

-No Random Battles: Enemies can be seen and avoided, and previously defeated enemies move out of your way. Fight outlaws and animals! Can you stop a barroom brawl? Can you defeat a gang of raccoons hoarding precious garbage?

-Active Combat: Typical turn-based combat is replaced with a fast and engaging real-time system where all players must follow the battle at all times and adapt to new strategies! 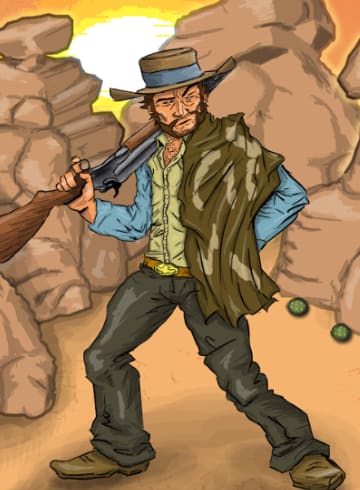