FULL GAME! NO EPISODES! Secret Files 2: Puritas Cordis: Nina and Max return in the follow-up of the Secret Files hit-series. The long anticipated sequel celebrates its debut on Nintendo Switch™. Presented for the first time in HD-Graphics, and including improved puzzle design, complete voice over, and gripping cutscenes.

THE MYSTERY THRILLER CONTINUES!
Volcanic eruptions, earthquakes, tsunamis... the world is on the brink of disaster. Are they just random accidents, the results of a climate change or is the world about to end? As Nina Kalenkow and Max realise that all these events have been predicted by a medieval prophet they get deeply drawn into these mysteries. Nina and Max have to travel around the world as it gets clear that a global catastrophy is on its way. Can long lost documents in Paris help with their investigation or can the solution be found in an ancient Indonesian temple complex? And what is the dark secret of the Puritas Cordis society? A dramatic race against time begins. 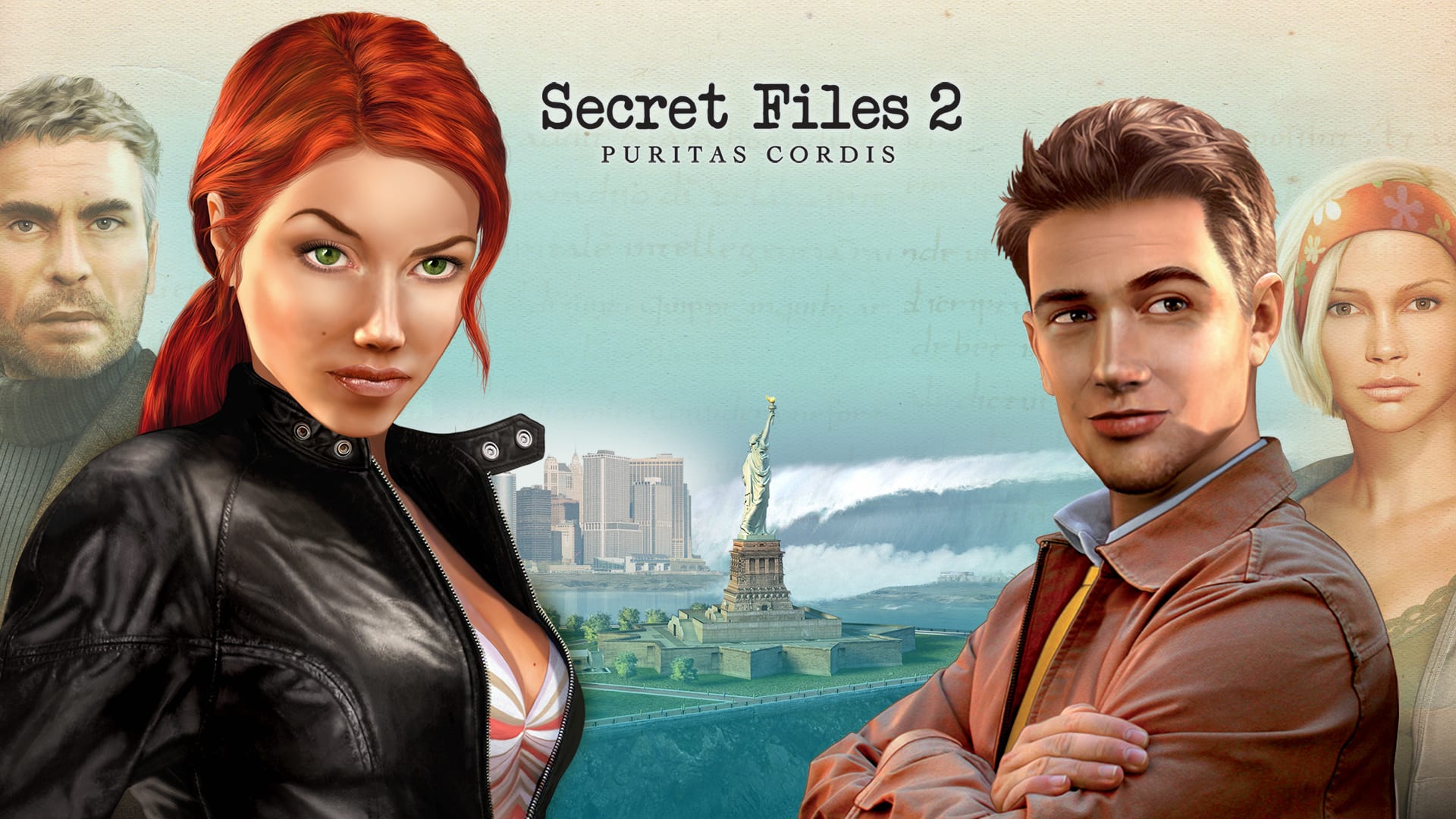 40%* off if you own Secret Files: Tunguska on Nintendo Switch™!

*Of the regular undiscounted purchase price on Nintendo eShop.
© and published 2019 by Deep Silver, a division of Koch Media GmbH, Austria. Deep Silver, SSecret Files 2: Puritas Cordis and its respective logos are trademarks of Koch Media. Developed by Animation Arts Creative GmbH. All other trademarks, logos and copyrights are property of their respective owners. All rights reserved.
© 2019 Nintendo.