Early Purchase Bonuses:
- Additional Content: Arcueid Round Announcements
These bonuses will be available to download for free until October 27.
Customers who purchase the game after October 27 will be able to get the bonus content as paid DLC.

Melty Blood is reborn.
This is the latest addition to the series of 2D fighting games based on TYPE-MOON's visual romance novel, Tsukihime.
The curtain rises once more on dramatic battles played out with familiar characters from Tsukihime -A piece of blue glass moon-.

◆ All-New Stories, Visuals, & Characters
Explore an all-new MELTY BLOOD world from scenario writer Kinoko Nasu, based on the events of Tsukihime -A piece of blue glass moon-.
Unique story events for each character give each playthrough its own feel, adding to the overall experience.
Visuals have been updated with HD graphics, and include animation sequences by A-1 Pictures for special attacks.
Dialog is fully voiced and will change depending on which characters are brought into battle, giving more insight into the characters' interpersonal relationships.

◆ Iconic Battle Systems
Use characteristic Melty Blood mechanics such as Aerial Combos, Shields, Magic Circuits, Arc Drives, and Last Arcs, as well as a few new powerful techniques under the Moon Skill system. On top of that, an all-new simple control system has been implemented to make the intense battles a little more manageable, while also maintaining a balance which will allow both seasoned veterans and new players alike to fully enjoy the world of Melty Blood.

◆ Rich Customization & Gallery Feature
Customize your title, profile icon, and character outfits for battle. They can even be used in online matches!
Collect visuals, opening cinematics, music tracks, voices, pixel art, and more in the gallery. You’ll even be able to take a look at guest illustrations created by artists connected to TYPE-MOON titles. 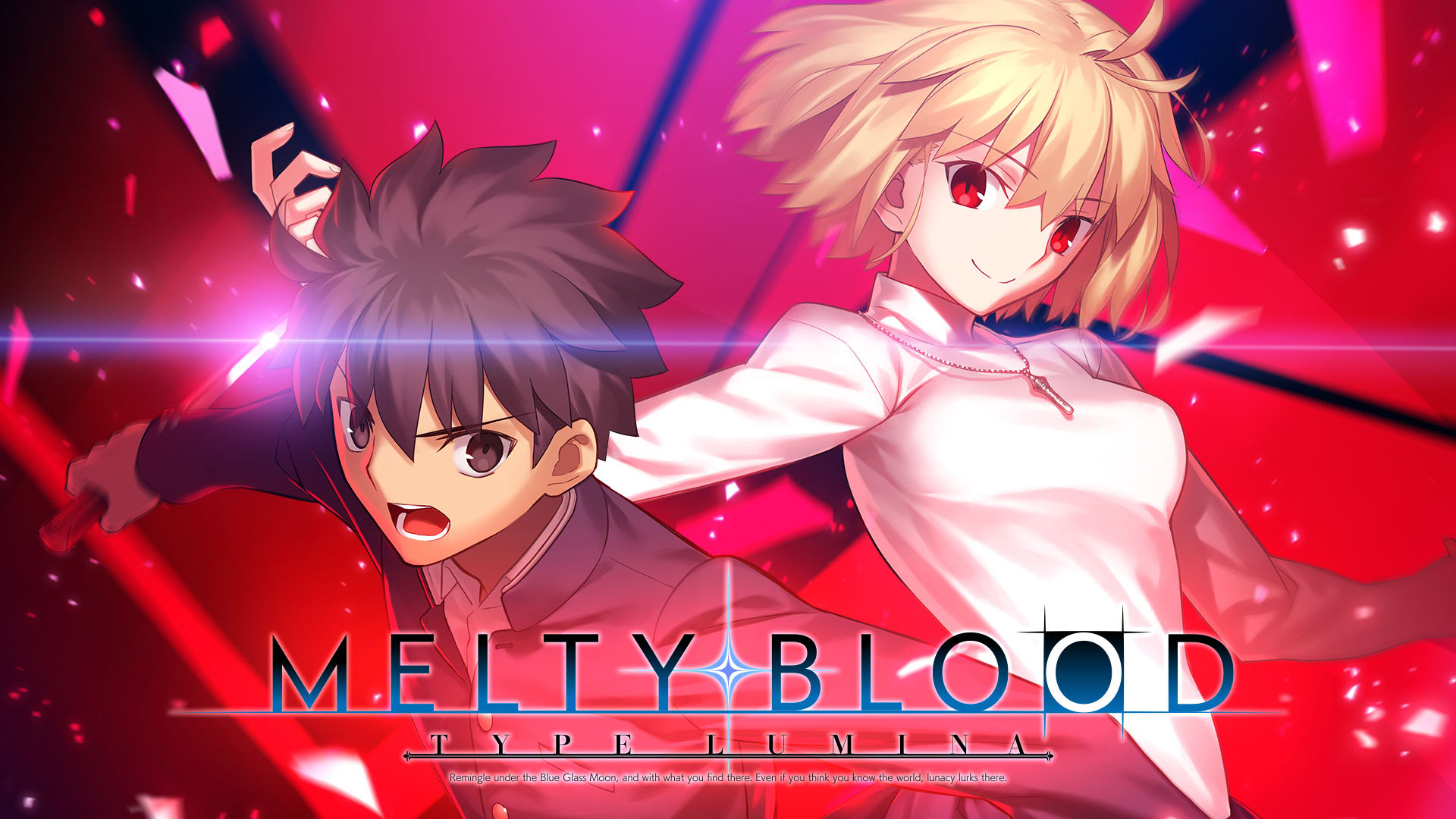