Players take on the role of cute meme animals, and defeat all other animals through intense fighting.
6 different stages and 2 game modes are provided to players to choose from.
Players can enjoy funny and decisive battles through the single-player or multiplayer mode!

Meme animals strike again!
In Fight of Animals: Arena, all 12 characters from Fight of Animals are provided for selection.
What sparks will arise from their battles!? You decide!

Simple controls!
Other than directional buttons, all combos and skills can be performed by 4 buttons.
"Double jump" and "Dash" features have been added to make the battle more exciting!

We've got items and weapons!
Depending on the stage, 9 different items will be dropped randomly.
In Nintendo Switch™ version, unique items such as pineapple, xiao long bao, and harisen have been added!
A variety of items, can be used to smack, throw, and eat!?

Watch out for traps!
Players can choose from 6 different themed stages, each with 10 variations of environment and traps.
Environments include swamps that slow you down, icebergs that make you slide around, or even bushes you can hide in to sneak on your opponents!
Use the environment to your advantage and grasp the key to victory! 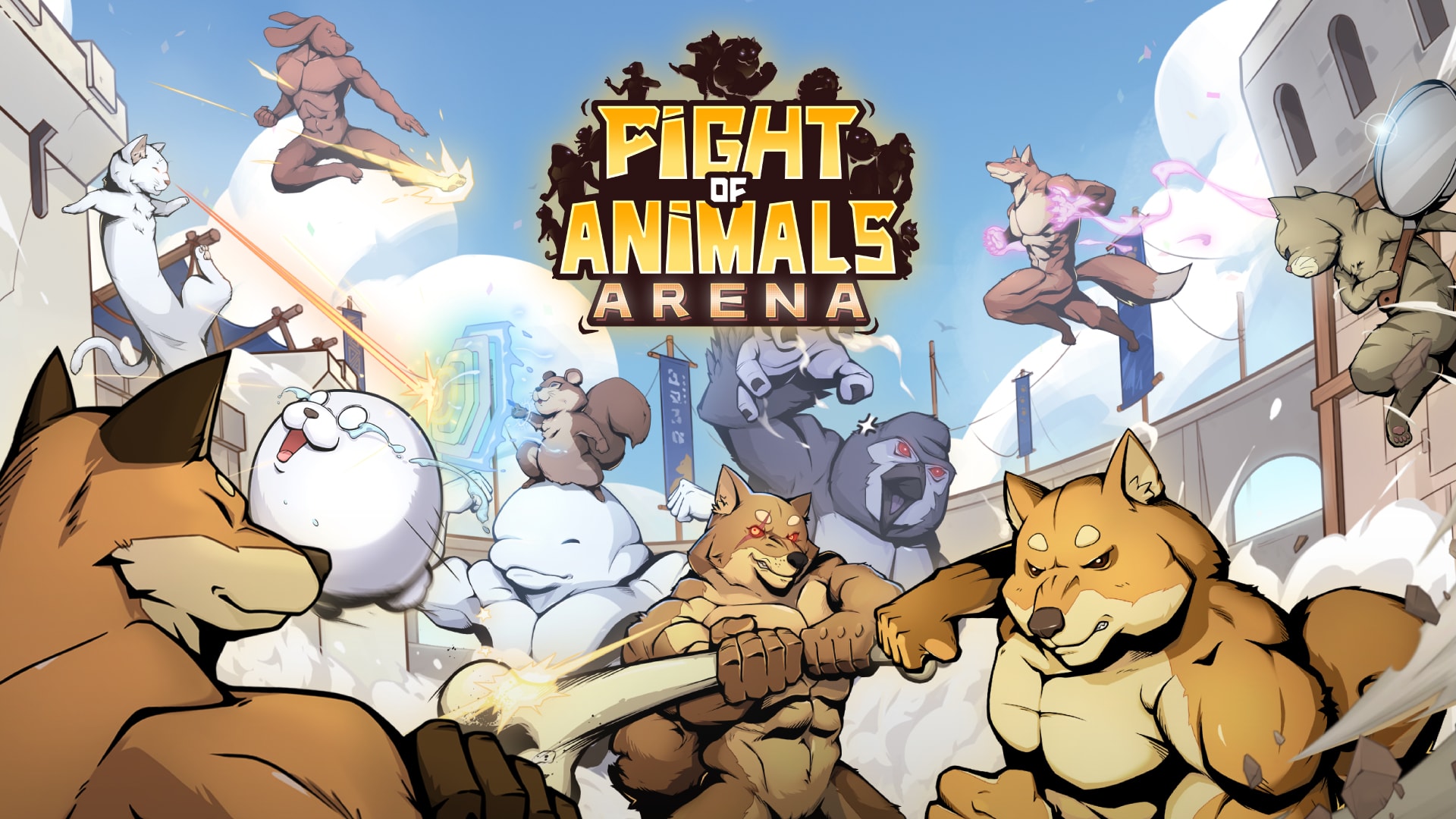 Copyright © by Digital Crafter. All Rights Reserved. Licensed to and published by Justdan International Co., Ltd.