"Frisky Tom" is an action game released by Nichibutsu in 1981.
Control Tom the plumber, and fix the water pipes broken by mice.
The mice not only break the pipes, they also attack and set off bombs!
Deal with this pest problem and complete the stages. 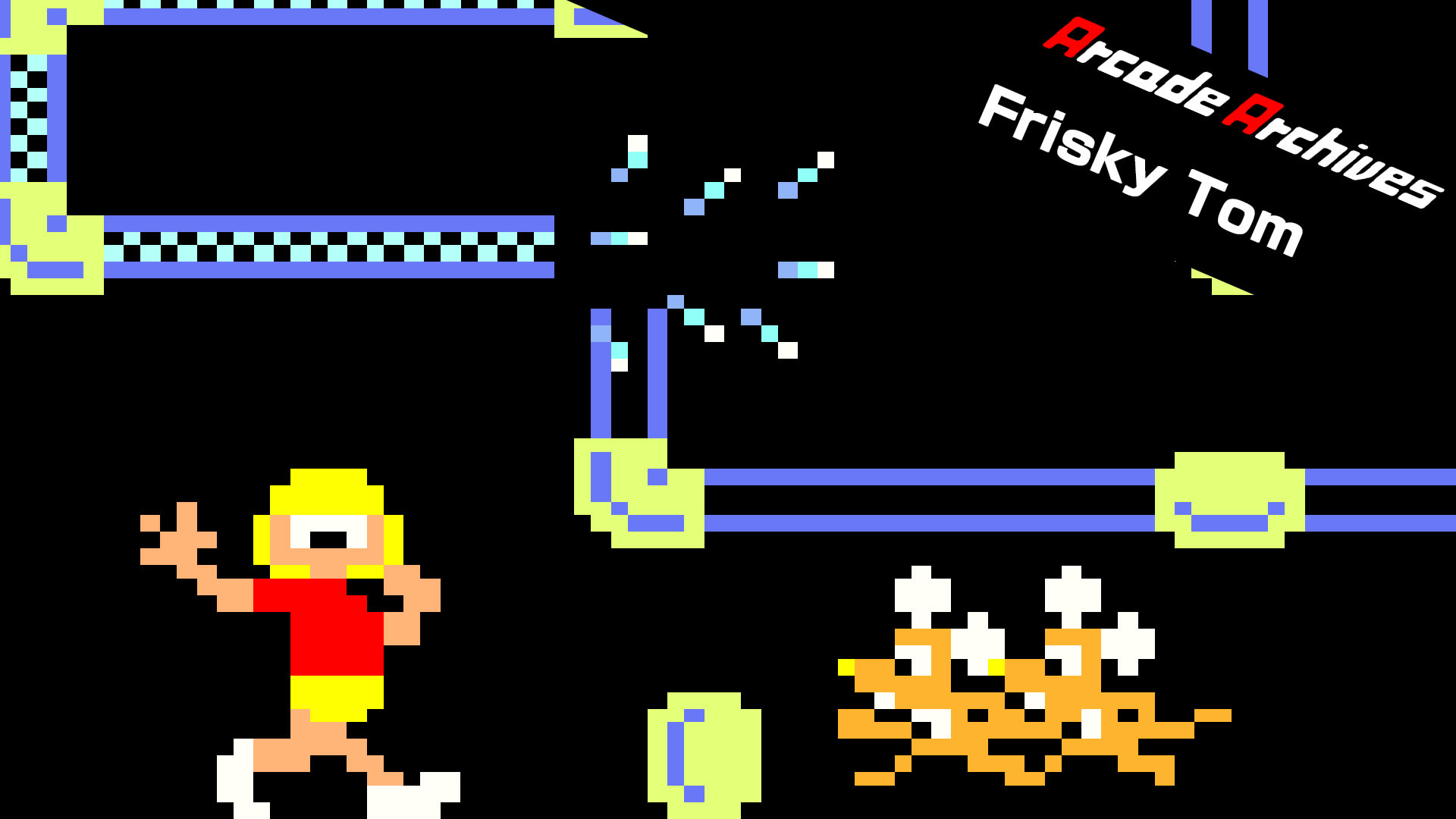