Rusty begins his adventure with just a trusty sword and basic shield, but he’ll soon unlock ‘Spirit Powers’ – spectacular abilities which have the power to transform not only himself but also the world around him. Harness the powers of Fire, Ice and Time to devastating effect, using them to conquer enemies in battle or solve environmental puzzles.

Key features
• A massive action-adventure set in a breathtaking open world
• Meet a huge cast of hilarious characters
• Pull off epic combos with a simple-to-use combat system
• Explore the world in style as you wall-run, grind and leap through each vast area
• Colossal bosses. And we mean colossal. 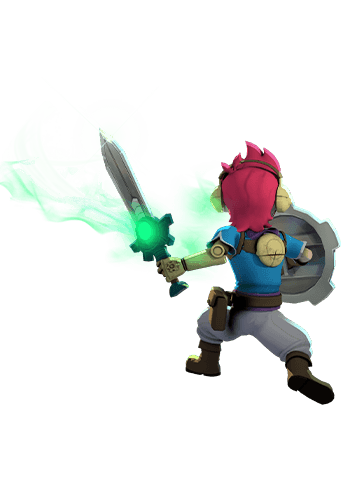