The Deluxe Edition of Monster Hunter Stories 2: Wings of Ruin contains a variety of additional content to enhance your experience with the game.

Note: This additional content is also available separately in the Monster Hunter Stories 2: Wings of Ruin Deluxe Kit. Some content will only become useable after progressing through the game.

A new adventure awaits you in this second installment of the turn-based RPG series set in the world of Monster Hunter! Become a Rider and form bonds with friendly monsters known as Monsties to fight alongside them as you take part in an epic story.

You play as the grandchild of Red, a legendary Rider. The story begins with a fateful encounter with Ena, a Wyverian girl who has been entrusted with an egg with the potential to hatch into a legendary Rathalos which could wreak havoc if awakened to its destructive power.

Embark on a journey which will test the bonds of friendship in a changing world, and discover the truth behind the legends of old. 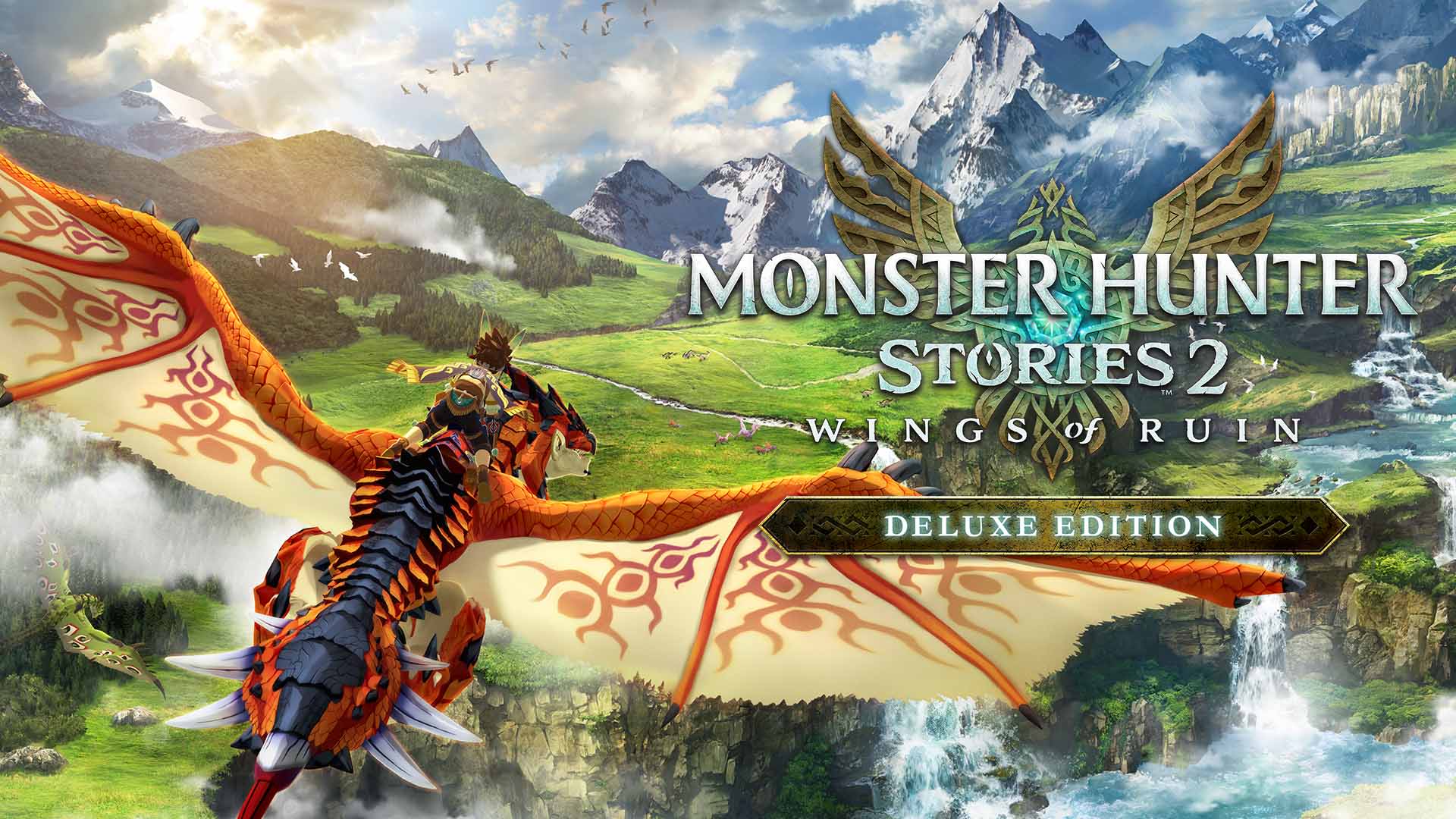