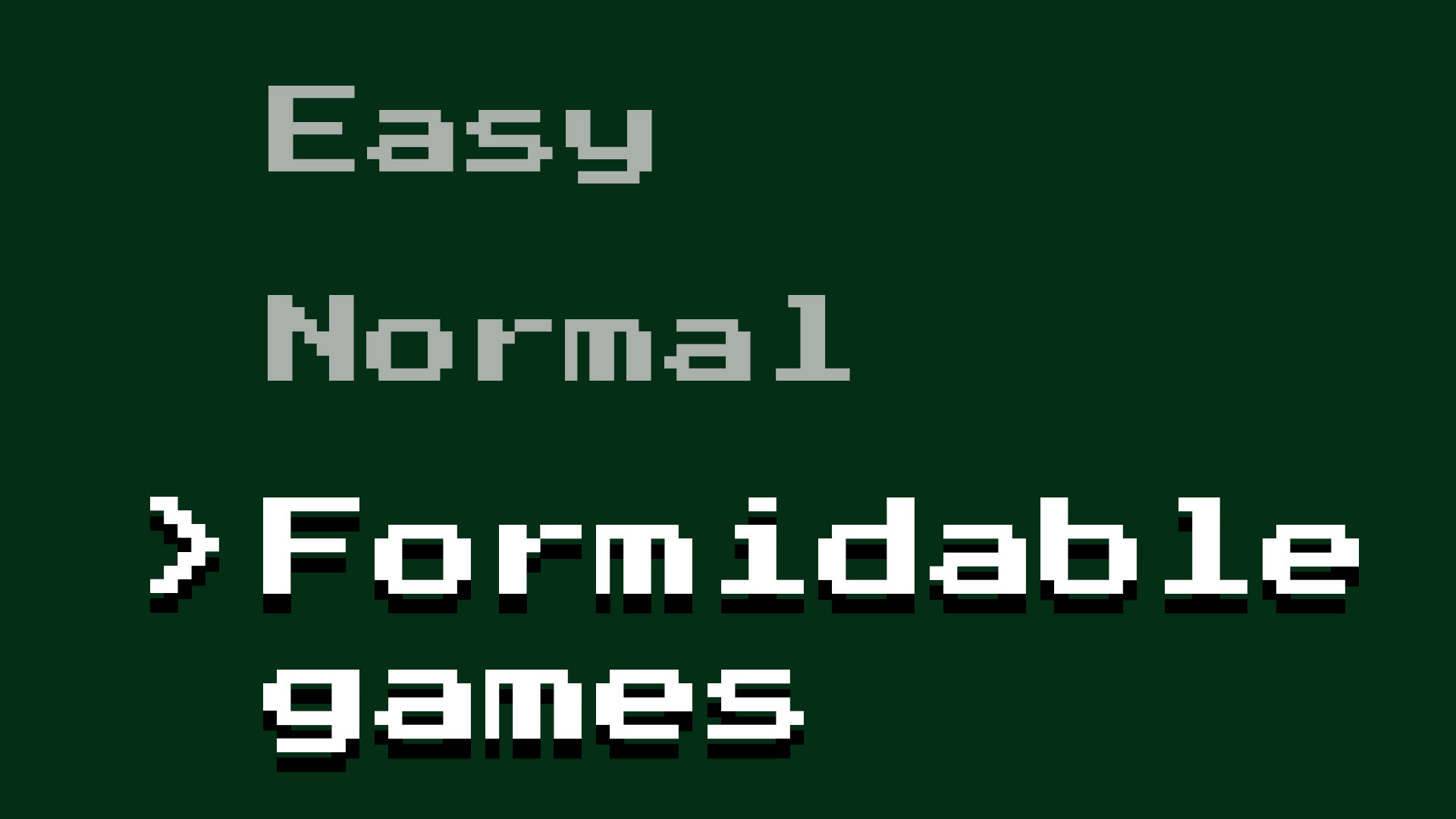 Use your skills to overcome difficult challenges in these games

Hmm…Sometimes we can all get this strange feeling. Could it be an itch for adventure? The craving to encounter and overcome arduous obstacles?

Did we finally gain telepathic powers?!

…Probably not. Either way! If you’ve been hankering to test your skills in intense in-game combat, you don’t need to look too far. We’ve gathered a few extra-challenging games that can add a little heat to your library.

After a mysterious transmission, Samus Aran must escape a planet overrun by vicious alien lifeforms and chilling mechanical menaces. Now, you can experience the ultimate challenge by trying to survive the one-hit kill Dread Mode…or pump the difficulty breaks with a little help in Rookie Mode.

Delve into a dark fantasy universe stricken by the Curse. Explore an intricate world design, full of hidden passages, dungeons, and secrets. But beware of what lies in the darkness. Black Knights, the once-proud knights of Lord Gwyn, wander Lordran wielding cumbersome—though effective—weapons.

Inspired by cartoons of the 1930s, this run-and-gun action game will have you handling a barrage of bullets as Cuphead and Mugman. Traverse strange worlds, acquire weapons, learn super moves, and discover hidden secrets while you try to pay back your debt to the devil.

Escape a vast, ever-changing island filled with secrets, branching paths, and challenging foes in Dead Cells. For your character, death is imminent—but that’s progress! With every death, you can unlock additional levels, lore, and permanent upgrades to give your character an edge on the next run.

Explore the vast, twisting caverns of a ruined Kingdom, battle tainted creatures, and befriend bizarre bugs—all in a hand-drawn 2D style. Choose which paths to take, which enemies to face, and find your own way forward as you gain spells, strength, and speed.

The remnants of human civilization are threatened by gigantic creatures breeding beneath the earth. You must control powerful mechs from the future to hold off this alien threat. Each attempt to save the world presents a new randomly generated challenge in this turn-based strategy game.

Meet the next generation of explorers as they find themselves on the Moon, searching for treasure and missing family members. You’ll encounter branching paths, animals you can tame and ride, and liquid physics for a different kind of challenge.

Brave hundreds of hand-crafted challenges in this platformer, as you help Madeline survive her inner demons as she journeys to the top of Celeste Mountain. The controls are simple and accessible —simply jump, air-dash, and climb—but with layers of expressive depth to master.

After an unexpected detour, the protagonist awakens to a desolate Tokyo inhabited by bloodthirsty demons. Now, as united being called the Nahobino, use his newfound powers to battle through a realm of mythical deities and demonic tyrants. Forge his path between light and dark and battle for the fate of the world.

Fight your way free in this frenzied all-boss fighter and discover what’s waiting behind the last gate. Feel the tension and adrenaline of one-on-one duels against deadly adversaries: you will need absolute focus and skill to defeat each of the guardians.