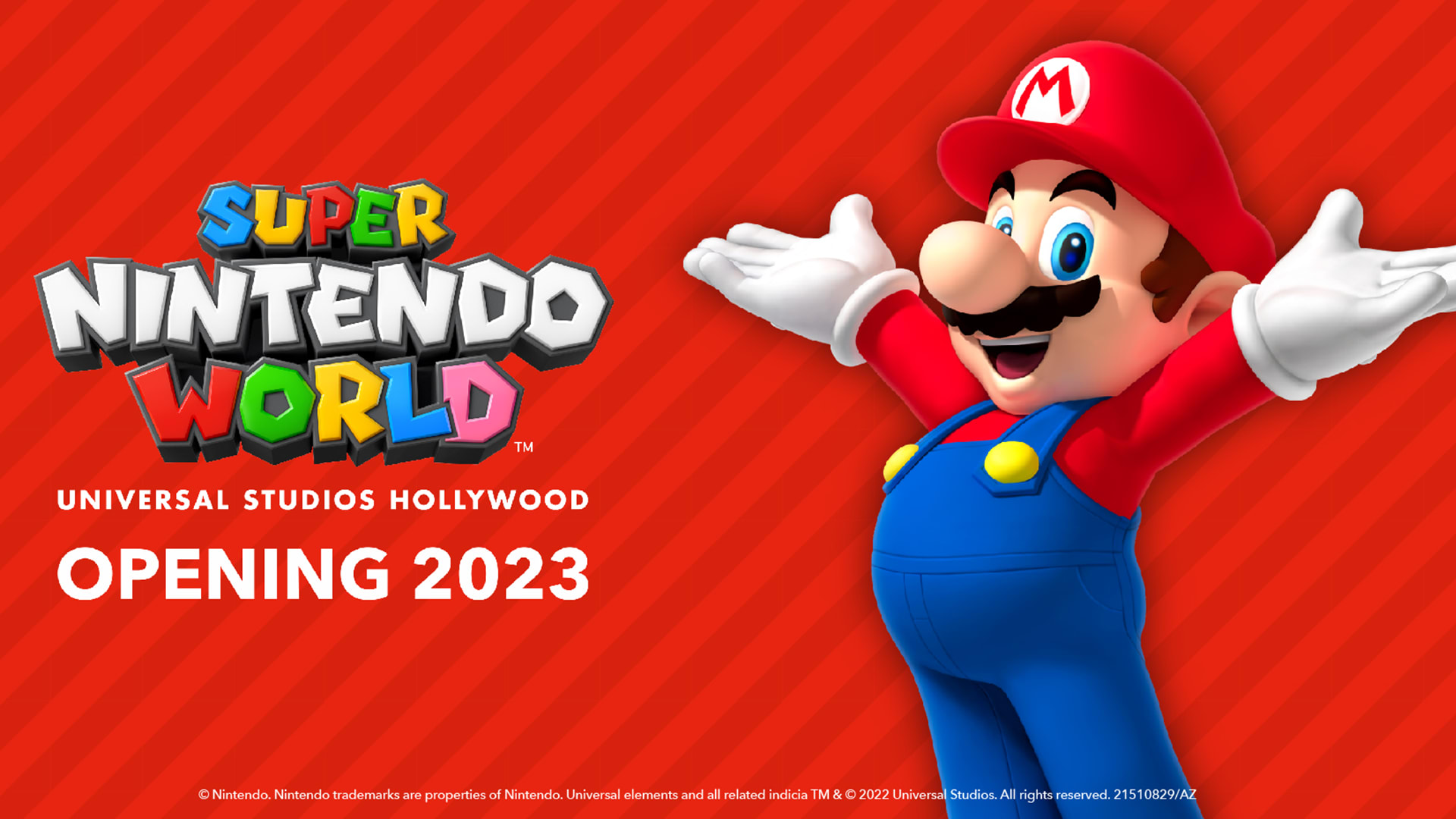 Mark Your Calendars: The First U.S. SUPER NINTENDO WORLD is Set to Open at Universal Studios Hollywood in 2023

SUPER NINTENDO WORLD was conceived in partnership with Nintendo and the visionaries at Universal Creative to deliver exhilarating entertainment with innovative technological achievements inspired by characters and video games that have appealed to generations of Nintendo fans for over 40 years.

The immersive land will be a visual spectacle of vibrant colors and architectural ingenuity located within a newly expanded area of the theme park, featuring a groundbreaking ride and interactive areas, to be enjoyed by the whole family. Themed shopping and dining will enhance the entire experience.

To mark the occasion as the countdown begins to the land’s exciting debut, Universal Studios Hollywood will unveil a takeover of its popular Feature Presentation retail store with SUPER NINTENDO WORLD theming, opening soon. Located just inside the theme park’s main entrance, guests will have a chance to share their excitement for the land’s 2023 arrival by gearing up with merchandise such as Mario and Luigi themed apparel and iconic character hats. A selection of plush characters, including Yoshi, Mario, Bowser and Luigi in a variety of sizes, will also be among the many fun items available for purchase.