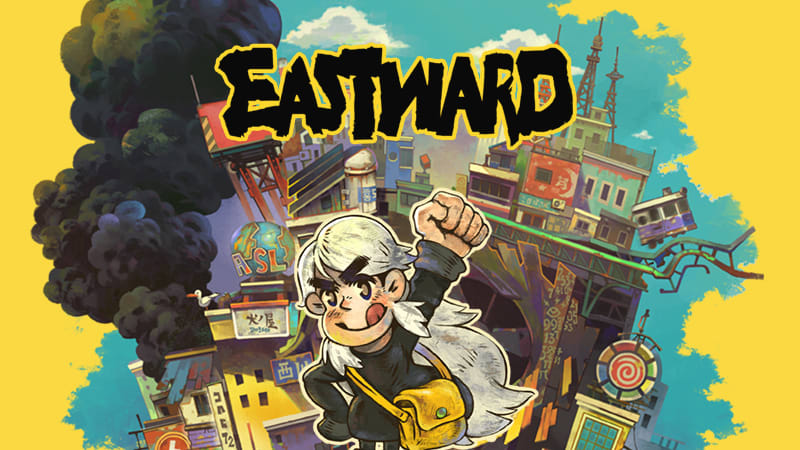 How the developers began making (then remaking) Eastward

All aboard! Embark on an exciting journey with an unlikely duo to discover a young girl’s origin and the mystery behind a dark miasma.

While you get ready to wield your trusty frying pan, you can check out what Pixpil’s co-founder and lead programmer had to say about the inception of Eastward and how the project was almost completely derailed.

At that time, I was still a hobbyist developer with a crazy dream to break into the industry. My friend Hong Moran, an amazingly talented pixel artist, had recently quit his job at a mobile games company. Somehow, I managed to convince him to co-found the studio with Feng Ye, an experienced Game Designer, and myself. In the beginning, the Pixpil “studio” was just the three of us crammed into a tiny apartment, investing our savings to make our dreams come true.

How it all started

Early on we tried our hand at mobile games, but after a couple of not-so-great attempts, we decided it would be best to try and make the kind of games we truly love. The actual name “Eastward” came from an idea I had a long time ago, about travelling east along a railway in a post-apocalyptic world. We thought it was an interesting setting, and it soon became a starting point for our game idea.

Moran had made a pixel art RPG mock-up a couple of years earlier that we had always wanted to turn into a real game. He was really into the aesthetic of “urban decay” and had sketched some weird monsters in a landscape that looked similar to the design of the Kowloon Walled City. A former military outpost, the Kowloon Walled City was an extremely densely populated cluster of towering urban, dormitory-style buildings in Hong Kong, demolished in 1994.

For us, “decay” doesn’t just mean doom and gloom; the concept of rebirth and new life is a huge theme in Eastward. Moran has a very strong art direction instinct and a fantastic sense of color. We wanted to make sure Eastward felt full of life; a world packed with unique and quirky characters to meet, sprawling beautiful towns to discover, and an emotional and heart-warming story to immerse yourself in, despite the impending miasma. We all fell in love with the visual concept and started coming up with a game design to suit it, which eventually evolved into the game you see today!

How it nearly all ended

As Eastward’s scope expanded, so did the size of our team. Things were going really well and the game was receiving a great response online. But in early 2020, the fictions we had been writing about became somewhat of a reality by way of a deadly pandemic that was sweeping across the globe.

For safety measures, our new office—which was located above a shopping mall—was closed and we all had to become familiar with working from home. We had hoped the disruption to our normal working pattern would subside and we’d be able to catch up on lost time. But things went from bad to worse when the power to the mall (and our office) was shut off for safety reasons. This included a server where our work was hosted, causing a huge issue.

We initially decided to wait it out. But as time stretched on, and with lost data and no ability to merge our individual files between team members to create new builds, making any real progress became impossible. In the end, it forced us to reflect on what we had actually made so far, and re-make sections to create even better art, and in turn a better game as a result. Looking back, I’m incredibly proud of how our team banded together to keep the spirit of Eastward alive.

For many years it’s been our dream to tell our own story within a beautifully rich game world, layered with weird and wonderful characters, fun gameplay, and an awesome soundtrack. I’m delighted with what we have achieved with Eastward, and we hope you’ll enjoy your journey with Sam and John too.