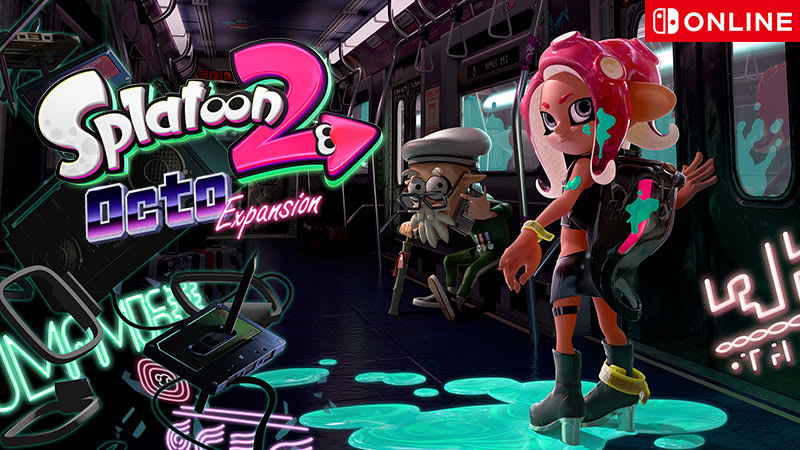 Nintendo Switch Online + Expansion Pack members just got a new benefit! Starting today, members can access the Splatoon™ 2: Octo Expansion DLC* at no additional cost. With the Splatoon™ 3 game on the horizon, this single-player DLC is the perfect way to get in some practice before you take on the Splatlands!

In this single-player campaign DLC for the Splatoon 2 game, you play as Agent 8—an amnesiac Octoling—who’s trying to escape a mysterious underground facility with the help Pearl, Marina, and Cap’n Cuttlefish. Will Agent 8 reach the surface of Inkopolis? What odd-yet-charming characters will they meet? Why does this paragraph have so many question marks??

The adventure spans 80 missions and can offer a nice challenge for Splatoon fans. Completing the DLC campaign will also unlock Octolings (Girl or Boy) as playable characters in Splatoon 2 multiplayer battles! Inkcredible!

If you’re already a Nintendo Switch Online + Expansion Pack member and own the full version of Splatoon 2, you can download the DLC now and start playing: Splatoon™ 2: Octo Expansion for Nintendo Switch - Nintendo

First, you get all the benefits of a Nintendo Switch Online membership, which includes online play and cloud saves in compatible games, access to 100+ Super NES™ and NES™ games, and exclusive games and offers.