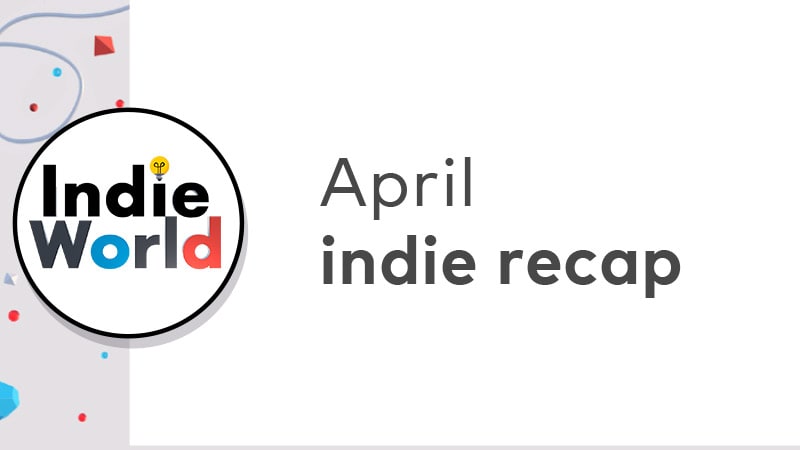 Indie highlights! Check out indie games that recently made their way to the Nintendo Switch system

Looking for something a little different? A variety of great independent games (also known as indies) come to the Nintendo Switch™ system each month. Below, you’ll find a few of the most recent releases.

If you want to browse the full list of digital releases, please visit Nintendo eShop on Nintendo Switch, head to the Recent Releases tab.

And if you’d like more indie news, check out the Indie World news channel.

Enter a strange and unexplored world full of bizarre creatures, countless dangers, and rife with surprises. But you don’t have to face it alone. Fight, farm, build, and explore with a friend locally or online* as you unravel the mysteries of this unfamiliar land.

The House of the Dead: Remake:

Relive the 1997 classic arcade game with THE HOUSE OF THE DEAD: Remake. This remake adds modern graphics and controls while staying true to the original game play. Take on hordes of undead monstrosities, then check out the gallery to see enemies and bosses you’ve encountered.

When a simple-minded individual named Stanley discovers that his co-workers have vanished, he sets off to find answers. But contradiction follows contradiction, and the rules of how games should work are broken, then broken again. You are not here to win. The Stanley Parable is a game that plays you.

Nobody Saves the World:

When the ancient Calamity reawakens, who can save the world? Nobody! (That’s you, you’re Nobody.) From Rat to Rogue to Robot, master the art of transformation to take on unconventional quests and discover evolving dungeons in this action RPG.

It's 199X, you're in the driver seat. As you turn the key and hear the engine start, a cassette plays on the stereo. The clear blue sky invites you to explore a world of exotic landscapes and thrilling races. Step on the gas, choose your path, drive across cities, mountains, and more places from all over the world.

THE HOUSE OF THE DEAD: Remake

Nobody Saves the World