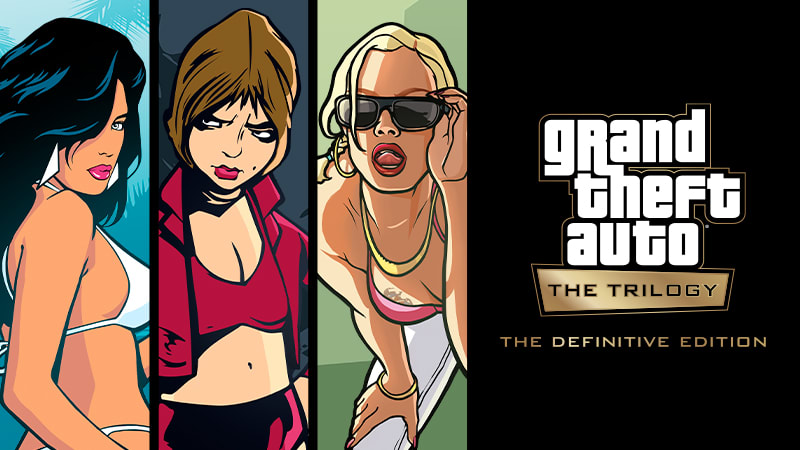 Grand Theft Auto: Vice City
Welcome to the 1980s. From the decade of big hair and pastel suits comes the story of one man's rise to the top of the criminal pile. Grand Theft Auto returns with Tommy Vercetti’s tale of betrayal and revenge in a neon-soaked tropical town full of excess and brimming with possibilities.

Grand Theft Auto: San Andreas
Five years ago, Carl “CJ” Johnson escaped the haze of Los Santos, San Andreas...a city tearing itself apart with gang trouble, drugs, and corruption. Now, it's the early ‘90s. On his return to the neighborhood, CJ is forced on a journey that takes him across the entire state of San Andreas, to save his family and to take control of the streets.

Grand Theft Auto: The Trilogy – The Definitive Edition is available now on Nintendo.com and Nintendo eShop on your device.