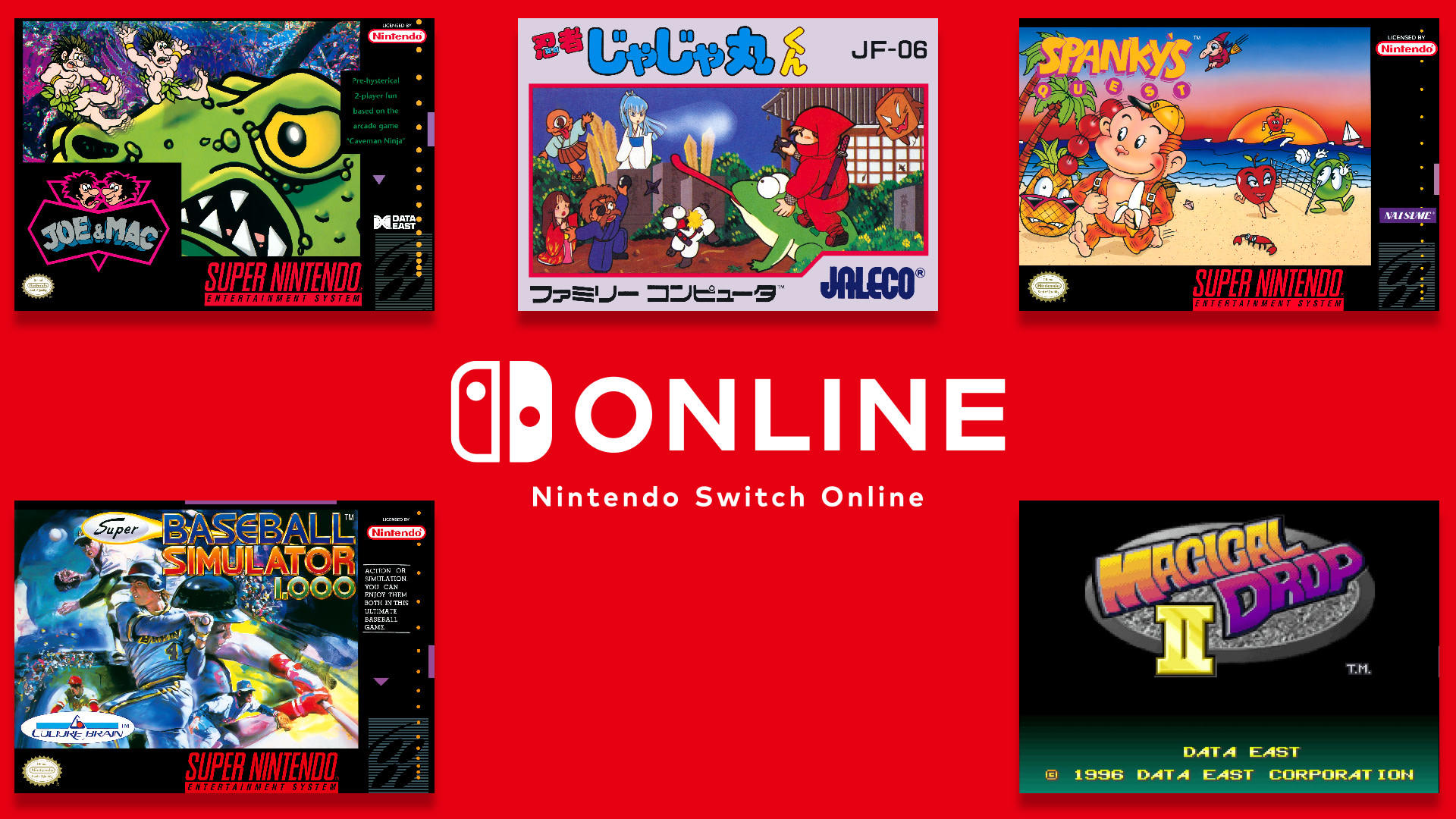 Five games were added to the classic game library, which means that Nintendo Switch Online members can now play over 100 Super NES™ and NES™ games! It’s a big milestone, so why not celebrate by sitting down in a comfy seat, opening up some snacks*, and trying out some games?

Here’s what was recently added:

This sports title was released for the Super NES™ console in 1991, attracting baseball fans with the superhuman spectacles that are Ultra Plays. Use plays like Phantom Ball, which will make the ball vanish mid-pitch, or Meteor Hit, which will knock out fielders who make contact with the ball before it bounces. Play as 18 baseball teams or use the EDIT mode to create your own!

The witch Morticia has come to bring darkness to Mopoland!

Spanky the monkey was on his way to a picnic when Morticia began dropping bricks from the sky. Trapped, Spanky must now clear six towers before the witch's evil pet crow catches him. On his way, he faces the fruit he packed for his picnic, now cursed and alive! He'll have to use his magic ball to stun enemies, bounce it off his head to power it up, and pop it to attack…and try on some hats along the way.

Can cave-dudes Joe and Mac save the day?

The dudes will have to jump, dash, and use roll attacks to get past the stone-age obstacles in their way. But along the way they'll get access to multiple weapons that you can swap out using the SELECT Button. Just make sure to pick the best weapon for the situation, and the boys are sure to make it through!

Magical Drop, a game of cute characters and simple rules!

This puzzle game was released for the Super Famicom™ system in 1996, but it never saw an English release on the Super NES™ console. But even if you've never played, the rules are simple to learn! Catch and throw the drops that descend from overhead. Create a vertical line of three drops of the same color to clear all the connected drops. There are four playable modes, including a story mode with 10 characters to play and a mode that assigns you a rank when the game ends.

Take on the role of a ninja called JaJaMaru and rescue the captured Princess Sakura from the evil Namazu Dayuu in this action-packed platformer. JaJaMaru must advance by breaking the floor bricks above him and moving up and down between the levels of each round, defeating monsters with his throwing stars. To help him, broken bricks sometimes reveal items that JaJaMaru can use to his advantage. And the ultimate power-up? Riding Gamapa-kun the giant frog, of course!

Don’t have a Nintendo Switch Online membership yet? In addition to getting access to a selection of 100+ Super NES and NES games you’ll also be able to play with your friends online, back up your save data to the cloud and use voice chat with other players via the smartphone app in compatible games, and get access to members-only special offers.