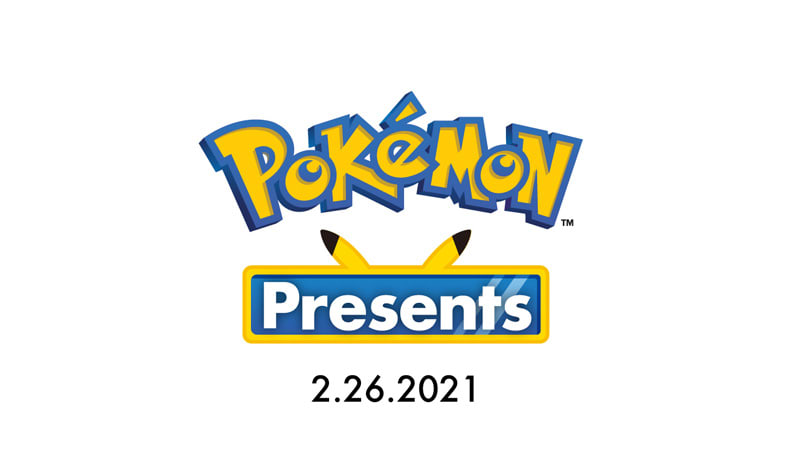 Today, during a Pokémon Presents video presentation, Tsunekazu Ishihara—president and CEO of The Pokémon Company—announced the new Pokémon Brilliant Diamond, Pokémon Shining Pearl, and Pokémon Legends: Arceus—video games coming to the blockbuster series that spans 25 years. Pokémon Brilliant Diamond and Pokémon Shining Pearl will launch in late 2021, and Pokémon Legends: Arceus will launch in early 2022. All three games will be available exclusively on the Nintendo Switch™ system. Check out the announcement video here.

“Trainers caught their first Pokémon in 1996 and began an adventure that has lasted 25 years. Through eight regions, many different platforms, and countless Pokémon encounters, they have strived to be the very best,” said Mr. Ishihara. “We hope that fans of all ages will enjoy creating new memories while exploring the Sinnoh region in these new games.”

More details about the highly anticipated New Pokémon Snap game were also shared in the video presentation, in addition to information about special in-game events taking place in celebration of Pokémon’s 25th anniversary.

Pokémon Brilliant Diamond and Pokémon Shining Pearl
Developed by ILCA, Inc., and directed by Junichi Masuda (GAME FREAK) and Yuichi Ueda (ILCA), Pokémon Brilliant Diamond and Pokémon Shining Pearl enable fans to experience the original story and game features from Pokémon Diamond and Pokémon Pearl in a fresh way. The original games have been faithfully reproduced and colorfully revitalized for Nintendo Switch. The sense of scale of the towns and routes has been carefully preserved, and fans who played the original games will recognize many familiar places. These games are updated with the easy-to-understand, player-friendly conveniences introduced in recent Pokémon core series video games, in addition to up-close-and-personal Pokémon battle scenes.

Made from soil, the shell on Turtwig’s back hardens when it drinks water. Turtwig lives along lakes, and the leaf on its head will wilt if the Pokémon is thirsty.

Chimchar lives atop craggy mountains and can agilely scale sheer cliffs. Even rain can’t extinguish its fiery rear end, which is fueled by gas made in its belly.

Because it’s very proud, Piplup hates to accept food from people. A skilled swimmer, its thick down protects it from the cold as it dives for over 10 minutes while hunting.

Dialga appears in Sinnoh-region myths as an ancient deity and has the power to control time. It is said that time began to move when Dialga was born.

Described as a deity in Sinnoh-region mythology, Palkia has the ability to distort space. It is said to live in a gap in the spatial dimension parallel to ours.

Pokémon Legends: Arceus
The fun of exploring while catching Pokémon and filling in a Pokédex has always been a core part of the Pokémon video game series. Pokémon Legends: Arceus was developed with the desire to deliver an experience infused with new action and RPG elements that go beyond the framework established thus far, while honoring the core gameplay of past Pokémon titles.

As Trainers explore the natural expanses in Pokémon Legends: Arceus, they’ll encounter Pokémon that call these grand vistas home. To catch wild Pokémon, players can study the Pokémon’s behaviors, sneak up to them, then throw Poké Balls. Players can also battle wild Pokémon with their ally Pokémon. By throwing the Poké Ball holding their ally Pokémon near a wild Pokémon, players will seamlessly enter battle. This new gameplay angle is intended to provide Trainers with an immersive experience.

Pokémon Legends: Arceus brings Trainers to the vast Sinnoh region as it existed in the past, long before the setting for Pokémon Diamond and Pokémon Pearl was established. Rich in nature and with Mount Coronet towering at its heart, this is a Sinnoh unlike anything Trainers have experienced before as they embark to create the region’s first Pokédex.

As they start off on their adventure, Trainers will be able to choose either Rowlet, Cyndaquil, or Oshawott as their first partner Pokémon. These three Pokémon arrived with a Pokémon Professor, who encountered them on research excursions to various regions.

This Pokémon from the Alola region uses photosynthesis to store up energy during the day and becomes active at night. It can silently glide to its target and begin pelting it with vicious kicks.

Cyndaquil, a timid Pokémon that is often curled up in a ball, is from the Johto region. The flames on its back flare up when it’s surprised and can also be used to protect itself when attacked.

Oshawott is from the Unova region and has a scalchop on its stomach. It uses the scalchop to retaliate against attacks and to break open hard Berries.

Arceus is said to have shaped all there is in this world.

New Pokémon Snap
New Pokémon Snap is a previously announced video game in which players will take on the role of a budding Pokémon photographer in the Lental region. There they will work with Professor Mirror, the region’s expert, on an ecological survey to photograph Pokémon thriving in nature. The game will be available on April 30, 2021, on the Nintendo Switch family of systems.

Wild Pokémon thrive on the islands of the Lental region, where environments can differ greatly, making for a variety of habitats where different Pokémon expressions and behaviors can be observed. Players will be able to get their attention by playing a melody or throwing fluffruit. They’ll also be able to use an Illumina orb (an invention of Professor Mirror’s) on Pokémon to witness something out of the ordinary. They can even use their camera to run scans, which can help them find hidden Pokémon or inspect their surroundings. As players keep researching a course, their research level there will increase, and they may discover Pokémon acting in different ways. Trainers may even encounter Legendary Pokémon or Mythical Pokémon.

A photo’s score will be based on the subjects’ poses, how large they appear, how directly they’re facing the camera, and where they fall in frame. Each photo will get one to four stars, indicating how common or rare the behavior displayed is. Players will have to take many photos to fill out their Photodex, which is their collection of Pokémon photographs.

Photos taken while conducting research can also be saved to a personal album, which is separate from the Photodex. When a course is completed, players can use the re-snap function to adjust the brightness, blur, zoom, and other aspects of their recently snapped photos. After photos are saved to the personal album, a photo-editing mode will enable players to customize their photos with stickers, frames, and filters.

New Pokémon Snap also has several online features that enable players to share photos and compete with others around the world through ranking systems.

Pokémon 25th Anniversary Celebration In-Game Events
Several events celebrating 25 years of Pokémon will take place in current, popular games across the franchise. Articuno, Zapdos, Moltres, and even Mewtwo are appearing in Legendary Raid Battles as part of a Kanto-region-themed celebration event in Pokémon GO. In the Pokémon Sword and Pokémon Shield video games, a special Max Raid Battle event featuring Gigantamax Pikachu is under way. In Pokémon Masters EX from February 25 to March 17, Galar region Champion Leon and his partner Pokémon Charizard are making an appearance. And players who log in to the Pokémon Café Mix game February 25 through February 28 will receive 2,500 golden acorns during a special promotion.