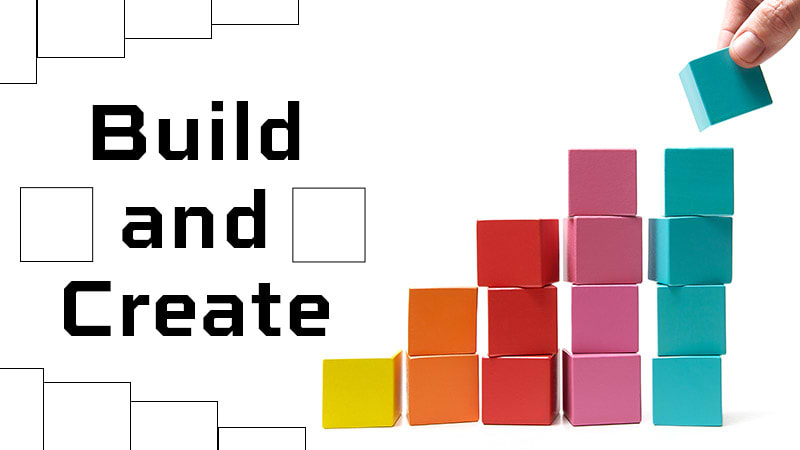 Play in your own creations with these games.

If you’re looking to show off your creativity, we’ve got a list for you! From constructing kingdoms to crafting the level of your dreams, these games let you build and play in your own creations.

In the Game Builder Garage™ software, you can learn the basics of game design and visual programming with step-by-step lessons. Get help from an entertaining cast of Nodon—colorful creatures packed with personality in charge of things like moving your character, pressing buttons, and adding sound effects.

Put on your hard hat and get creative with the Super Mario Maker™ 2 game! Play single-player Story Mode, make and post your own courses, or try out an ever-growing number of player-made courses*. Boy, some of those courses can be tricky!

Explore randomly generated worlds and build amazing things from the simplest of homes to the grandest of castles. Craft, create, and explore alone, or with up to four** players in split-screen and up to eight online*.

To stop the worshippers of an ancient evil, you must join forces with the mysterious Malroth and build a ravaged world into the realm of your dreams. Explore huge islands, gather and craft with materials, design towns, level them up, and defend them from monsters and bosses alongside townspeople.

Experience different Worlds made entirely from LEGO bricks. Build any world you can imagine using the brick-by-brick editor tool and/or ready-made LEGO structures. Modify terrain quickly and easily with terraforming tools as you turn mountains into plains and oceans into volcanos.

The world of Terraria is at your fingertips as you fight for survival, fortune, and glory. Delve deep into cavernous expanses, seek out ever-greater foes to test your mettle in combat, or construct your own city—the choice is yours!