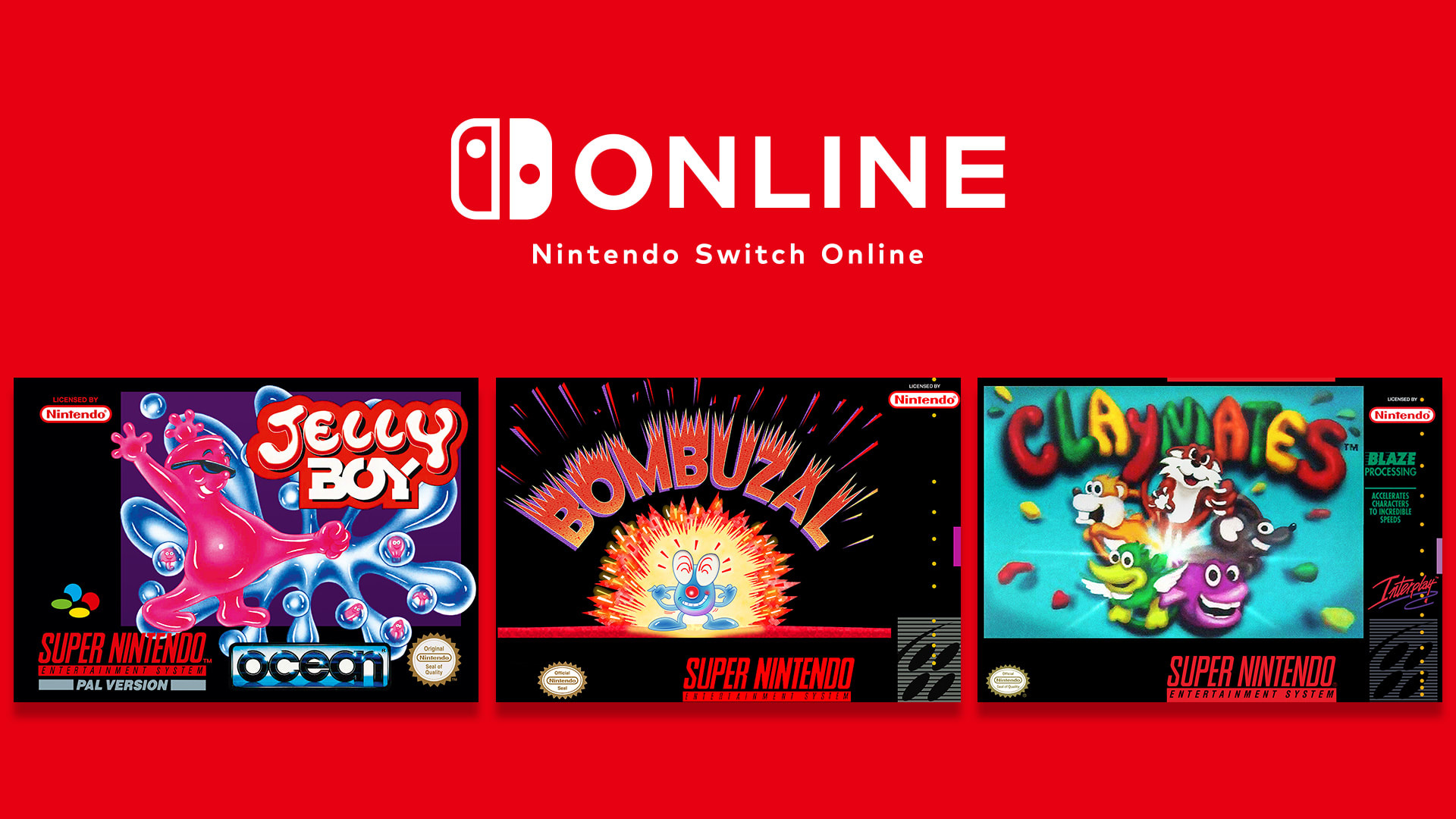 Looking for some classic gaming? Nintendo Switch Online members have instant access to a large library of Super NES™ and NES™ games—including classics like the Super Mario World™, Super Metroid™, and The Legend of Zelda™: A Link to the Past™ games.

More games were added, so here’s a list to catch you up!

With your shape-changing jelly powers, there's nothing to fear!

In this platforming game from 1995, originally released exclusively in Europe, you are Jelly Boy, candy given the spark of life by the power of lightning! You've come to life knowing one thing: you have to escape the candy factory. To get out, you'll need to collect puzzle pieces across the six zones and survive the enemies trying to stop you. But nobody has ever found even one of the special items before, let alone all six, so you're sure to need all your wits, skills, and shape-changing powers to make it through this wacky adventure!

In this puzzle game, your goal will be to strategically detonate every bomb in each level while leaving yourself a safe place to stand when the dust settles. Blast your way through the mind-blowing levels, each harder and more complicated than the last. There is one complication, however...You'll have to be quick, because time is short. Remember to take the size of each explosion into account, or it could blow a hole in all your careful planning. Good luck, and have a blast!

In this game, you take on the role of Clayton, son of Professor Putty. Your father has made a breakthrough, and with the serum he's created, living creatures can be turned into clay. But the witch doctor Jobo refuses to let anyone match his power and appears from nowhere, seizing the serum, its formula, and your father. It's up to you to rescue your father and get the serum back! You will face many dangers along the way, but you have the ability to transform into five different animals, each of which will aid you in your travels. Your animal forms each have their own abilities and skills, and you'll need them all to run, jump, fly, swim, and climb your way past the obstacles in your path.

Don’t have a Nintendo Switch Online membership yet? In addition to getting access to a selection of 100+ Super NES and NES games, you’ll also be able to play with your friends online, back up your save data to the cloud and use voice chat with other players via the smartphone app in compatible games, and get access to members-only special offers.