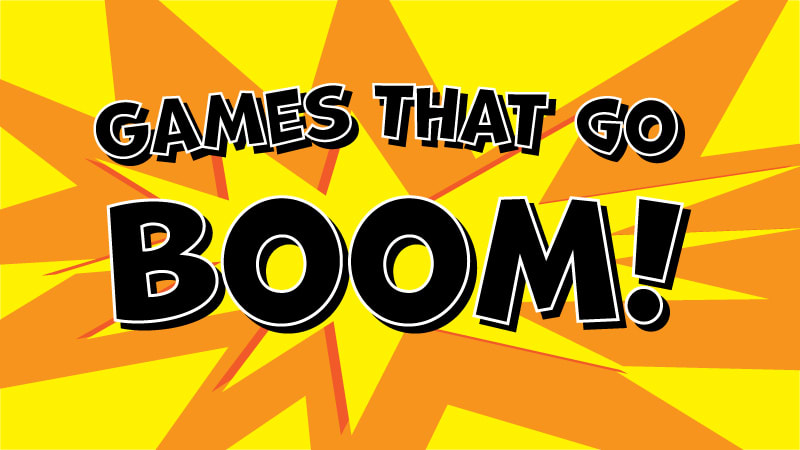 Get hyped with a few in-game explosions.

Tis the season for sparklers and fireworks! From smaller pops to dramatic movie-like blasts, each of these games offer explosions that may make you think it’s the 4th of July.

And don’t worry, we don’t spoil where you’ll see the booms.

The kingdom has been ravaged by an origami menace! Join Mario and Olivia, as they battle evil Folded Soldiers, repair the damaged landscape, and try to free Princess Peach’s castle from the clutches of King Olly. Use Mario’s 1,000-Fold Arms ability to pull, peel, and hit specific spots!

In the Super Mario 3D World game, Bowser is up to his old tricks again and only Mario and his friends can save the day. Team up or compete in the frantic fun locally* or online**. Then in the Bowser’s Fury adventure, team up for a co-op adventure with Mario and Bowser Jr. to stop Fury Bowser’s frenzy.

Drop bombs and collect power-ups to blast your way to the top in SUPER BOMBERMAN R ONLINE! Fight your way to the end as you compete against up to 64 players from around the world in explosive survival battle. Will you be the last one standing?

It’s skateBOAT or die as the rivalry between Wave Break’s usual suspects plays out in an episodic storyline set in an crime-filled 80’s inspired world. From tropical beaches to frozen tundras, play on a variety of detailed environments and experience skate parks in a different way.

After a catastrophic alien invasion, the Saints have been transported to a bizarro-Steelport simulation. With homies new and old at their side, and an arsenal of superpowers and strange weapons, they must fight to free humanity from alien granddaddy Zinyak’s mental grasp.