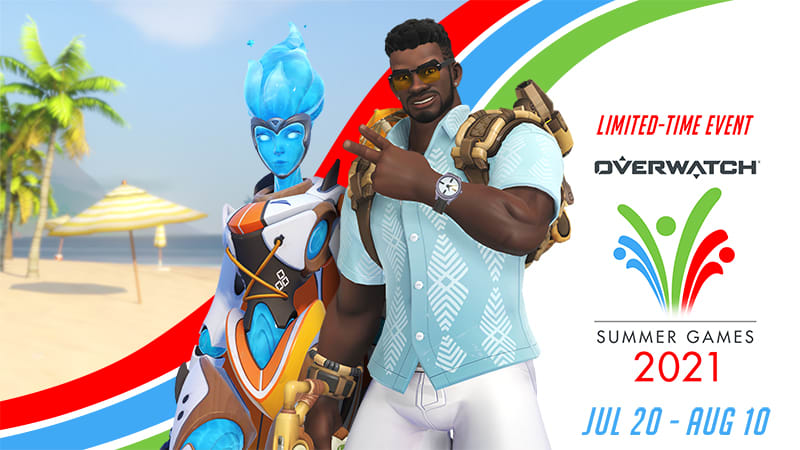 Pack your bags for a seaside escape with the return of Overwatch Summer Games! Play to earn Overwatch Summer Games Loot Boxes and unleash a wave of new cosmetics. Serve up some summer sweets as Sprinkles Mei, kick back with a chilly cocktail as Poolside Ashe, wade into the waves as Mermaid Symmetra, and more!

Overwatch’s futuristic spin on soccer is back! Team up to boop the ball into the opponent’s goal. The team that scores the most points before time runs out wins the game.

We’re kicking a curveball your way with Lúcioball Remix! In this faster, more chaotic version of Lúcioball, two balls are in play the entire time and bonus balls worth extra points will periodically spawn around the arena. Be quick on your feet and net more goals than your opponents to win!

Stock up for the summer