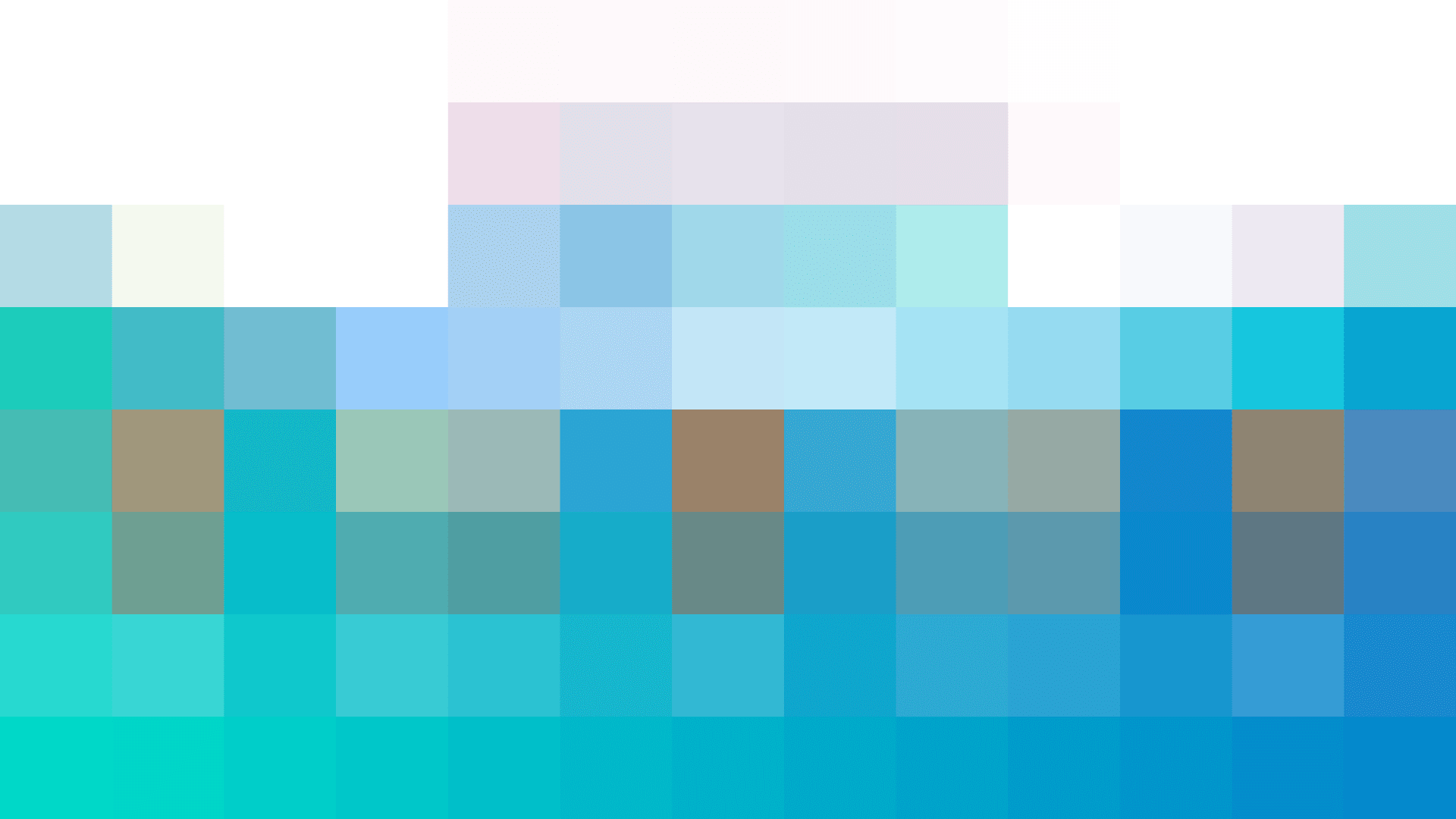 1: Aiming for the world’s most easy-to-invite to, motion-based game

3: A sense of continuity

4: Playing with others is inherently fun

Part 4: Playing with others is inherently fun

You have mentioned that you made this title more user-friendly for players to enjoy playing on their own. What were the key points you focused on in this process?

Shimamura: From the very beginning, we wanted players to enjoy the online matches as the main feature of the single-player mode. We felt that in the Wii Sports series, the fun you get playing alone against computer-controlled opponents would be nowhere near the joy you get playing with others. That's why we wanted to overcome this challenge with the online matches this time.

I see. But I feel that some people may think that online matches are too much for them. What do you think about that?

Yamashita: First of all, if you look at the design, you can see that we placed the option for online matches at the top of the menu. When you make a party game, you would normally think that the order on the menu would be "Play with Family," "Play with Friends," followed by "Play Online." But in this title, we wanted to get rid of that feeling of getting ready to go online. Therefore, the menu looks like this.

Morii: It's not written in such a way that "Play online" is the main focus.

Yamashita: Some people said that they would be too scared to select if it said "Play Online." Therefore, we tried to ensure that the word "online" does not stand out too much. After all, players can play with someone in any of the options. The only difference is whether it is a family member or friend close to you or someone else somewhere in the world.

With this wording, I feel that would certainly start playing online without being afraid of anything.

Shimamura: We also wanted players to enjoy playing against someone rather than just focusing on winning in online matches. This idea has always been important to us since the launch of Wii Sports in 2006. It is frustrating when you lose. So we made it our basic premise to create a game that would not upset people who do not usually play games when they lose and make beginners feel like, "I'm done with this." We were conscious of this point when we created an online mode in this title. You can earn some points whether you win or lose. The points you earn can be redeemed for in-game items such as the outfits for Sportsmates.

I see. There is some element of fun that is not just about winning or losing.

Morii: There are many different items, and we worked pretty hard on this part. We are still working on new items even after launch and will release about 10 items* in each weekly update during the first year after launch, including outfits, stamps and titles. We think players will have fun just collecting the items.

*Please note that the collections displayed and the number of days remaining to achieve the items will vary depending on timing.

Yamashita: However, since some players would likely want to see how much they have improved, we are offering a "Pro League." 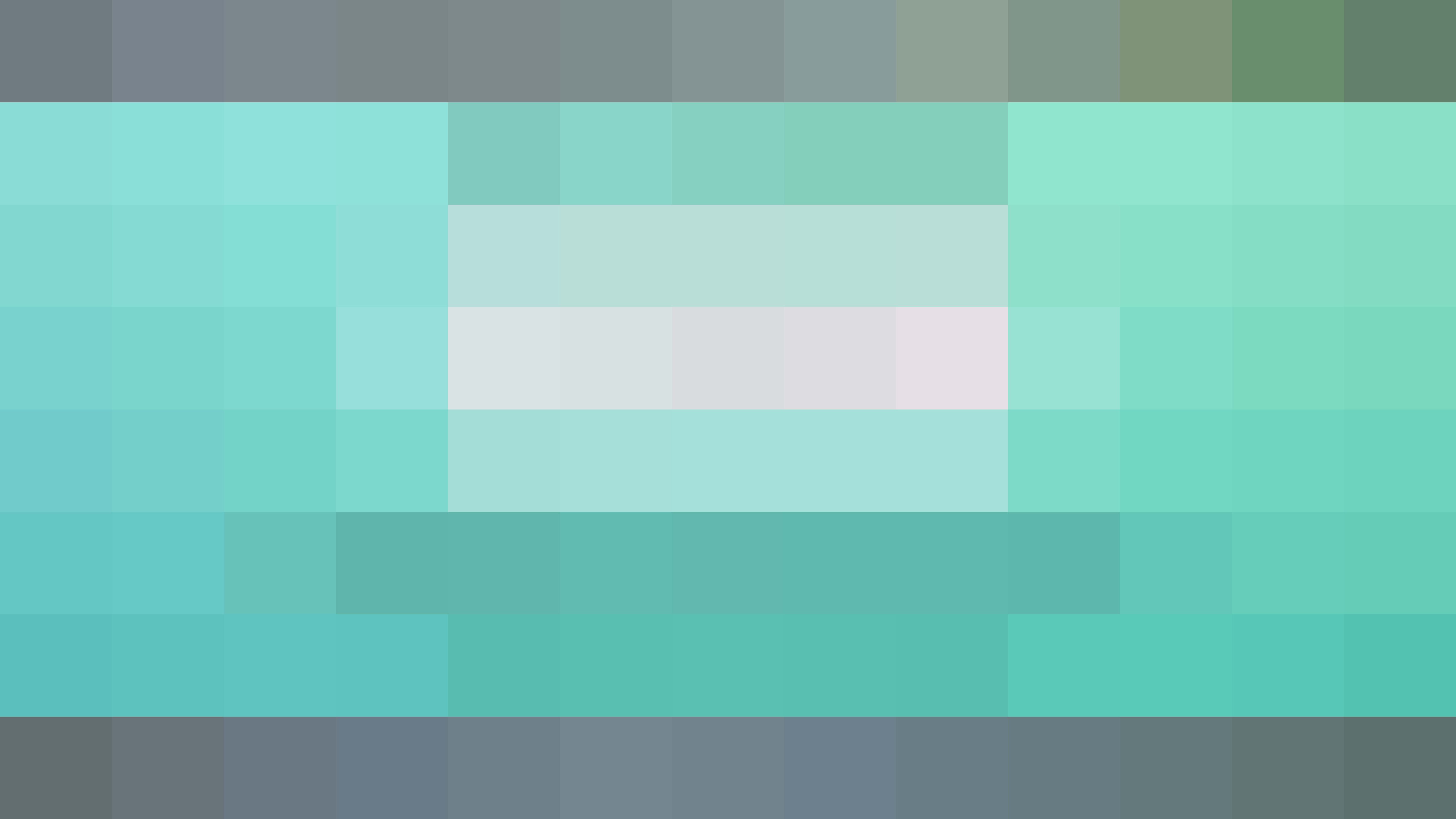 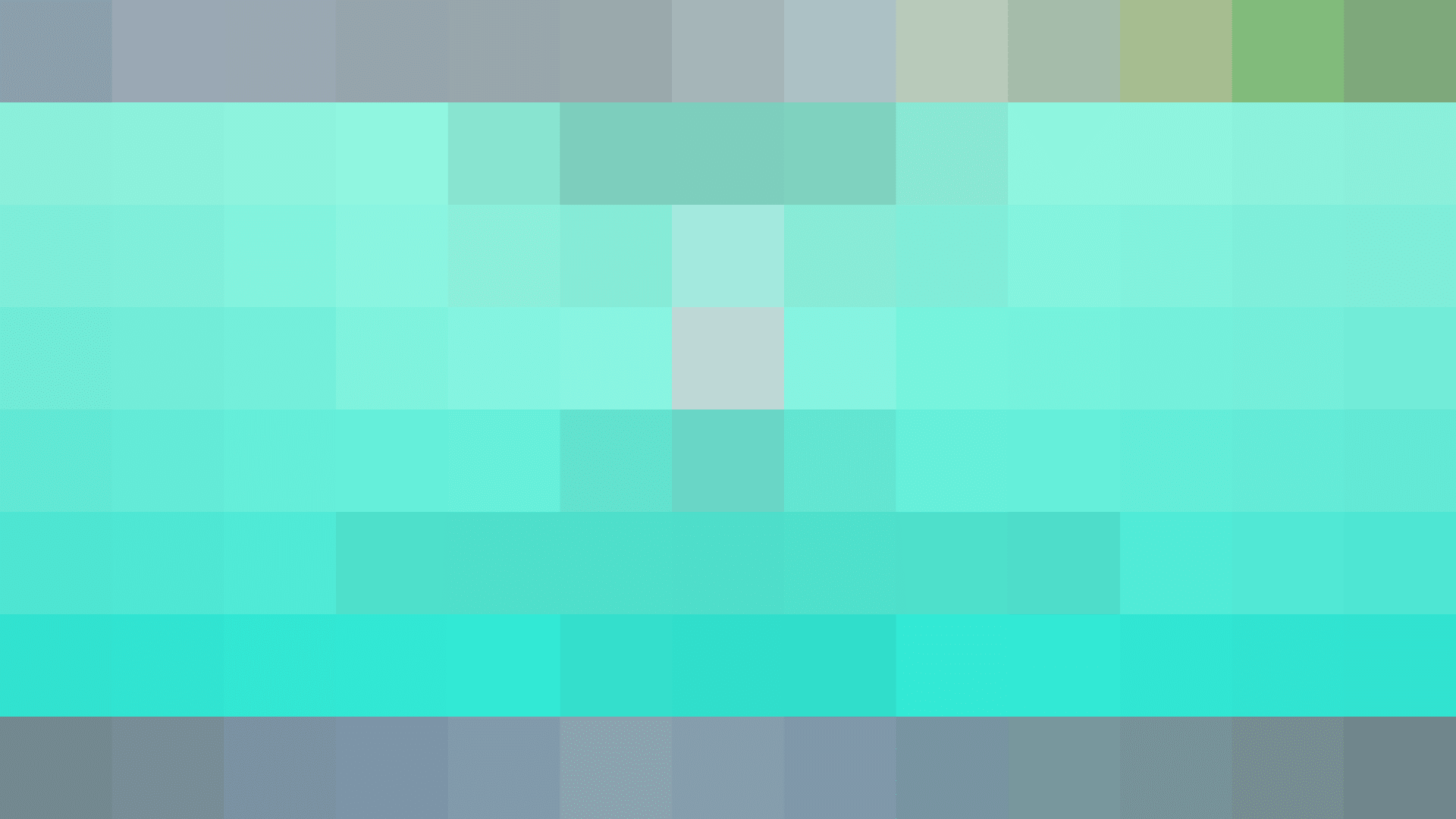 When players have become accustomed to online matches to some extent, they will be invited to join a Pro League in each sport. We offer various ranks based on their level. We thought that some people would be nervous if they saw the Pro Leagues from the beginning, so we designed it in such a way that players will be naturally guided to it once they have reached a certain level.

Shimamura: Also, we tried something a little different and incorporated an option for pausing the Pro League. We don't think you see this feature often in other games.

Pausing? What does that mean?

Yamashita: Whenever there are winners in competitions, there are just as many people who lose and feel frustrated. To avoid players feeling pressured to win, we created an option where they can pause a Pro League and take a break. Playing with others should be inherently fun. For instance, when you play badminton on the rooftop during lunch break, I don't think you would take it too seriously, being happy you won or disappointed you lost. Therefore, we wanted to bring that feeling of fun you get regardless of whether you end up winning or losing.

I see. Winning may be one way to enjoy the game, but you simply want the players to enjoy playing online against others. It seems that you can easily play online in all sports.

Yamashita: That's the thing. Initially, we did not say we would make all sports available online. Well, I wanted to make it happen, but I tried not to say it to our staff members. It is actually extremely difficult to make a motion-based game available for online play.

Okane: Motion control feels good because your actions are immediately reflected on the screen. However, a time lag would be inevitable for online play because the data is sent online. Therefore, these two elements are contradictory.

So that means you couldn't apply the program for local multiplayer to online multiplayer?

Yamashita: For example, in Tennis where players play next to each other in a local multiplayer, the program recognizes if the player twists their racket – the Joy-Con controller – after swinging it, while the ball is flying, and changes the direction of the ball. Players can enjoy a smooth response by seeing the direction of the ball change as they twist their racket and experience the game immediately responding to their movement when hitting the ball. However, since there would be some time lag in online play, the ball may have already reached the opponent by the time the game recognized that you have "twisted the racket" and tried to change the ball's behavior. That is why we cannot use the same program.

Okane: Since it was difficult for us to apply the know-how we gained in local multiplayer to achieve a better response, we had to rethink new ways for movement detection suitable for online matches. Moreover, the areas that needed tuning were completely different for each sport. Making each sport available for online play took as much work as creating a new online game. That is why I said over and over again how difficult it would be to make all sports playable online.

Shimamura: I remember being asked several times "Which is more important, the motion control or the online experience?!" during the development process. I answered, "Both..." feeling a little apologetic. (Laughs)

I see. Such efforts were made to achieve a smooth online experience. Are you satisfied with the outcome?

Okane: It's not "perfect," so I would be nervous until I see the reactions of the customers who play this game. (Laughs) We tried playing the game within the team and worked hard until we could all be satisfied with our work.

Shimamura: The reactions to the online play test we conducted before launch also gave us confidence.

From what I have heard so far, I have learned how you focused on motion controls and paid careful attention to detail not only in the design and sound but also in online play to provide a smooth experience for players. Since you are all here, let's play the game together now.

Yamashita: Then, let's play Volleyball which is a newly added sport for this title. 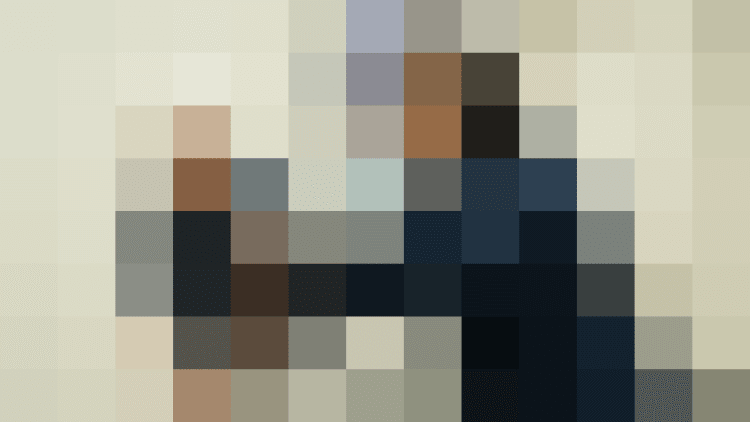 You are all swinging up your hands to bump the ball.

Shimamura: That’s right. Speaking of which, this is a motion-based game, but you can play it sitting down. Let's play Chambara sitting down.

Shimamura: I'll use the Twin Swords then... I won't lose! 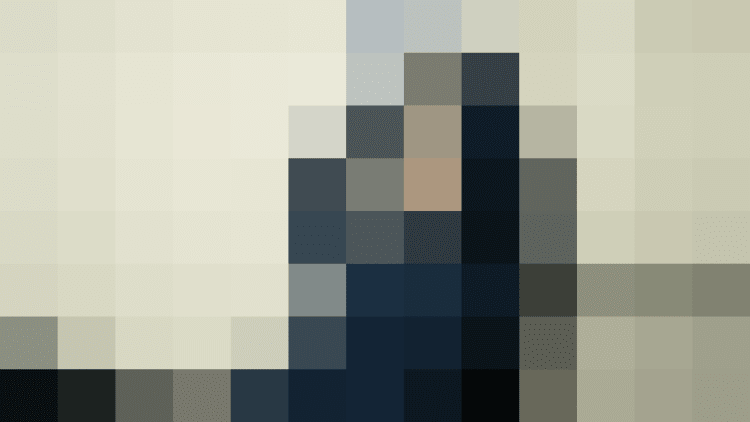 This is pure sports. (Laughs)

Yamashita: Playing Bowling side by side feels like real life.

Morii: Shall we all throw after saying one, two, three then?

Everyone: One, two, three! 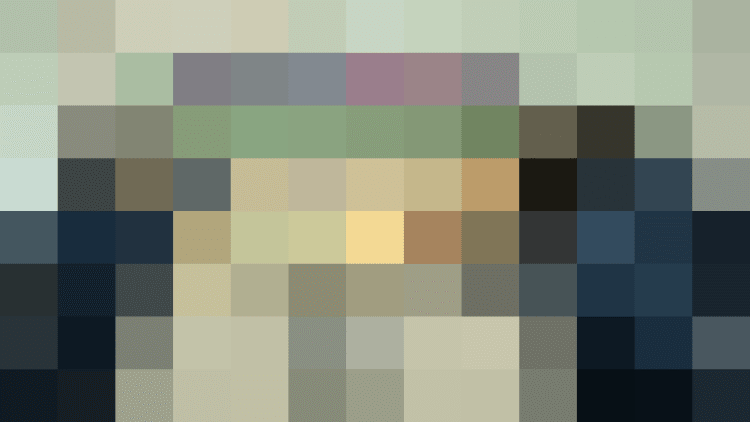 Oh, wow! You are all as good as I thought. Nice spare!

Shimamura: One more time. Here we go! Morii-san, you are really good! 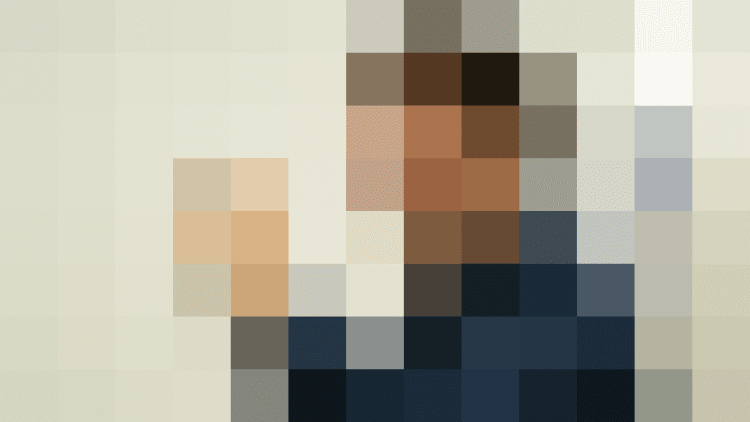 I feel like I am watching you all play from behind in an actual bowling alley. You all seemed to be enjoying playing the game in a relaxed manner. Thank you very much. Finally, could you give us some comments on how you would like the players to enjoy this title?

Yamashita: In Wii Sports, we received some happy comments from all generations, such as, "My grandpa and grandma played bowling with me!" In this title, I would be happy to see these people saying, "I found myself playing online." It would be fun and interesting if a super player you came across in a bowling match turns out to be someone close in age to your grandpa or grandma.

Okane: I think we all had the impression that Wii Sports is a party game which everyone gathers together to play. However, the programmers worked very hard on this title so that customers could also enjoy a smooth online experience. We often had to work from home during a significant part of the development period due to the pandemic. However, we were able to develop the game with excitement, thinking, "It's actually quite fun to play together from different places like this," and I am sure you will all enjoy playing it too. We also have a "Trial Mode," which enables you to experience online play even if you are not a member of Nintendo Switch Online, so please try playing it with your family and friends.

Morii: In this title, we have Sportsmates in addition to the Mii characters. We hope you will take note of the unique and extensive range of outfits available for them. Also, there are quite a few areas where we used a ”single line" as a design concept to express the sense of continuity. For example, we drew the badminton court line as a single line, and another line that stems from this line is connected to the bowling facility next door. I hope you will enjoy looking for other places where we used single lines.

Yokoyama: By changing how the sound resonates in each facility and thinking how it would sound like considering the location of each facility, we focused on creating the sound in detail. Since each round of gameplay is short, we created this title, hoping that players will make small discoveries each time they play the game. We also want you to have a different impression of the sound each time you play the game in different ways. So it would be great if you could listen to it carefully when you have time.

Shimamura: If you have a copy of this title in the household, you can easily set it up and play together even when you have guests. But in such cases, there is often a gap in ability between hosts and guests because the hosts are used to playing it. If the hosts take the game too seriously, the guests may feel uncomfortable. On the other hand, if the hosts took it easy on the guests, the guests would think, "Ah, they are not taking me seriously." When two people with a gap in their skills play the game, please try playing online together and enjoy cooperating to play against online rivals. When your team wins, both of you will be happy, and even if your team loses, you can comfort each other. It would really feel like you are pairing up with someone and playing a sport. Please don't be afraid to play online – it's fun!