You play as a Hero accompanied by a Witch and you are seeking revenge, and justice, over the evil Medusa. Medusa turned the Witch into stone, so she is no longer able to move; it’s up to the Hero to defeat the monsters and collect their blood in order to recover the Witch for a limited period of time.

The Hero leads the fight but can revive the Witch to unleash her destructive powers; as the waves of enemies become stronger they will need to work together! In this Nintendo Switch version you also have the option of co-operative play to take on the challenge with a friend.

Witch & Hero has also been enhanced for Nintendo Switch, while retaining its original 8-bit pixel graphics and sound.

We hope you will enjoy the challenge! 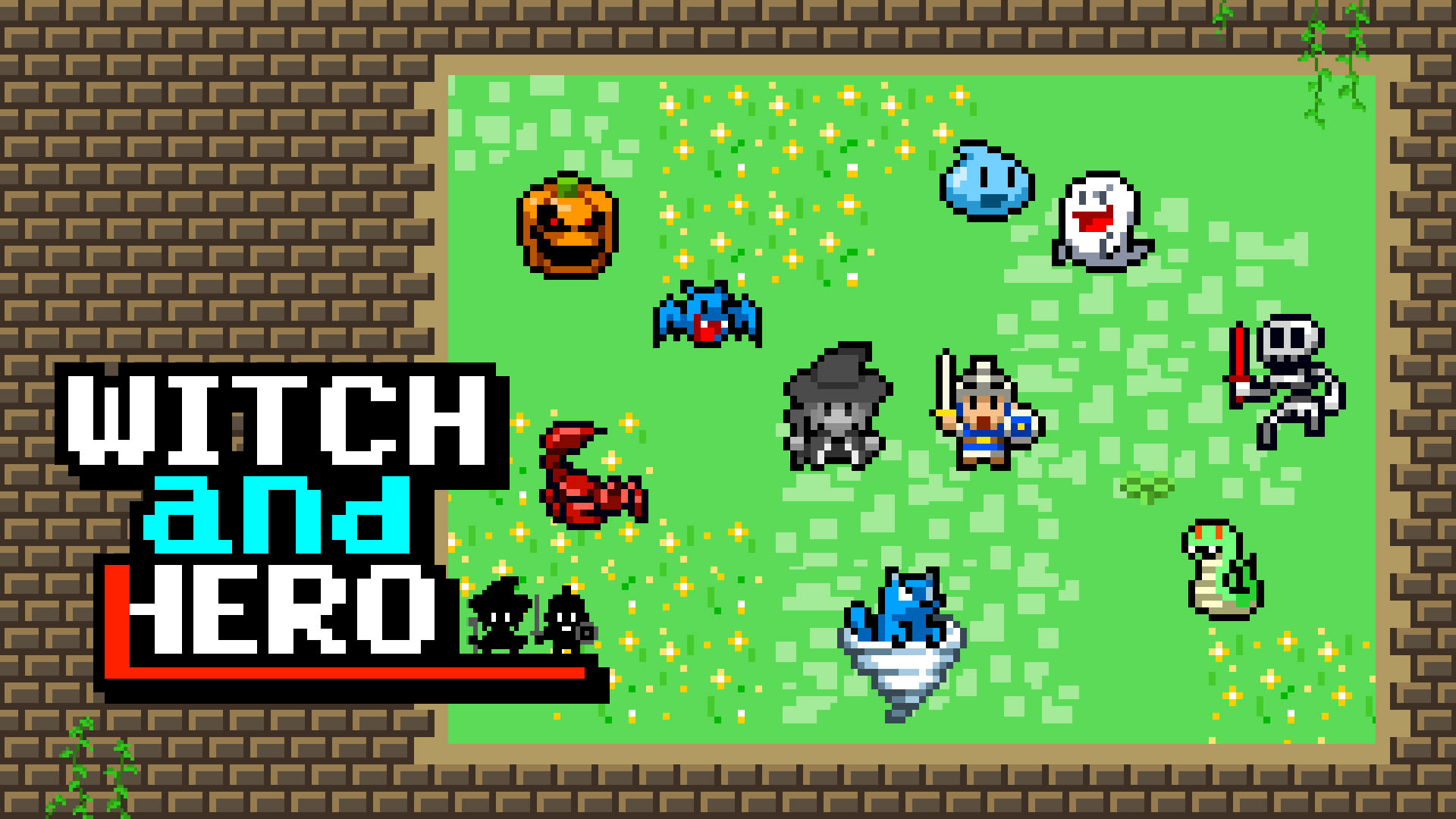