■Puzzle action with a new, rythmic beat!
A simple to control puzzle game with an added layer of rhythm-action combine to produce a whole new puzzle experience played to a catchy beat!

■Play with Touhou Project characters!
Make use of all 20 characters from Touhou Project, including Reimu and Marisa, and a total of 60 different spell cards to aim for victory!

■Story mode!
The game also includes a story mode that you can play by yourself. Travel through the world of Gensoukyo and enjoy an original story, only available here!

■Challenge mode!
You will fight against strong enemies with designated characters and spells in the challenge mode.
There are also stages with higher difficulty level. Let's challenge it!"

■A collection of 48 arranged tracks from Touhou Project!
A total of 48 tracks including, of course, many fan favourites along with 12 exclusive, new tracks only available in Spell Bubble!

■Outline
Cirno overcomes the trials laid down by Remilia,but can she become a professional Spell Bubbler?!
All will be revealed in this Side Story!

■Stages
The side story is broken up into 5 stages where you can battle against different oppnonents.
There’s also Lunatic mode for those who have confidence in their skills!
・Stage 1 Aya Shameimaru (Wind God Girl)
・Stage 2 Sakura Izayoi (Sakkyun Light)
・Stage 3 Patchouli・Knowledge (IMAGINA)
・Stage 4 Flandre (Hiiro Gekka, Kyousyou no Zetsu -2017-)
・Stage 5 Remilia・Scarlet (Vampire † Kiss) 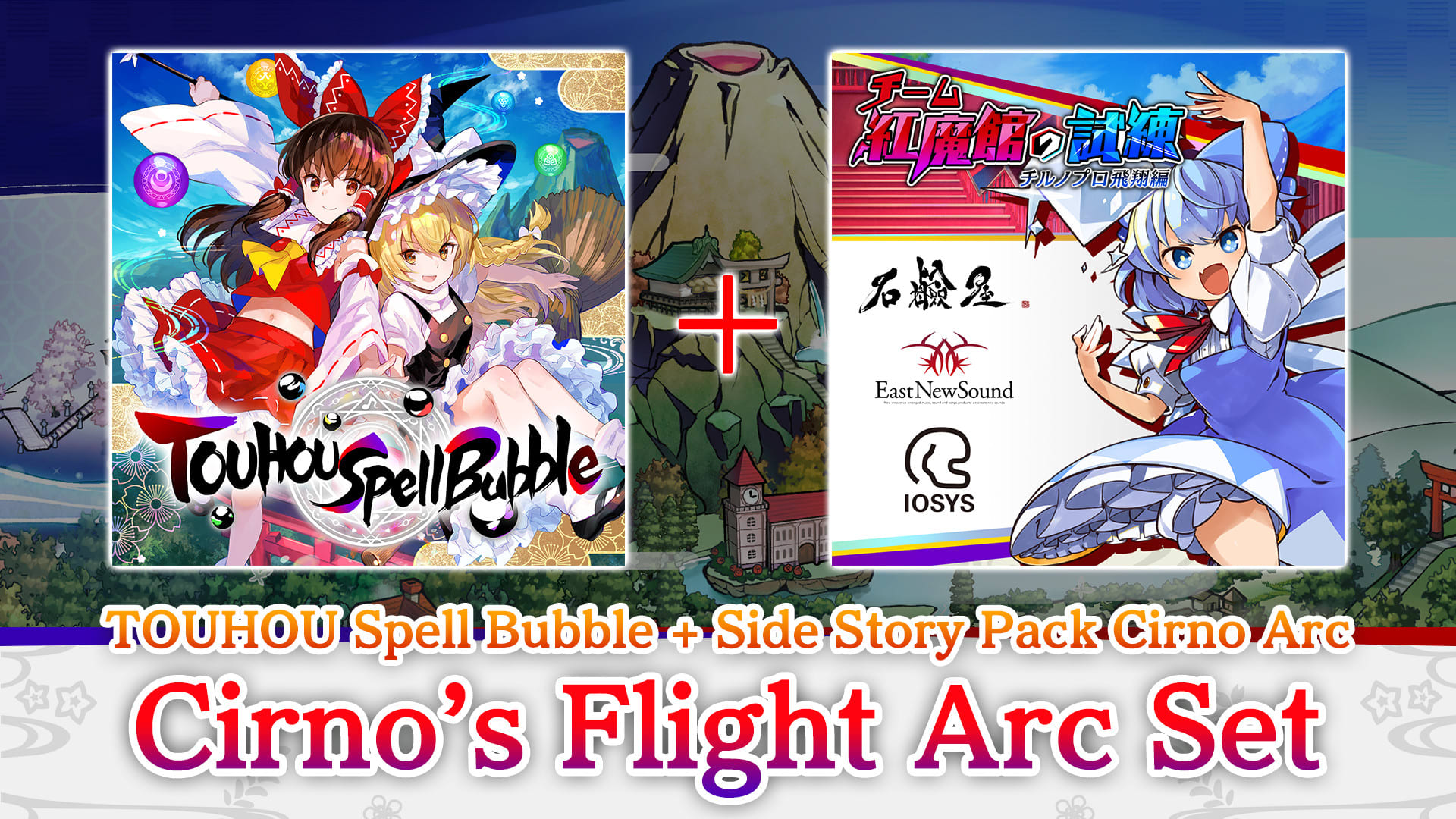