TAISHO x ALICE ALL IN ONE

TAISHO x ALICE ALL IN ONE

TAISHO x ALICE ALL IN ONE includes all four episodes. Experience the complete adventure on the Nintendo Switch™ system!
Find yourself in a topsy-turvy fairytale world beyond the Looking Glass and encounter gender-flipped characters inspired by Cinderella, Red Riding Hood, and more! Join this colorful cast and unravel their twisted tales!
Enjoy the dynamic, stand-alone character paths, each set in an alternate universe in which the characters' relationships and roles vary.
Play as the heroine of each story, make choices to heal your love interest's heart, and navigate through the fairytale world to reach your happy ending!

Includes the Drama CD Novelization!
The audio drama "Looking-Glass World's Biggest Masochist Tournament!", included as a bonus with the original console release, has been turned into a visual novel! Enjoy another fantastic tale featuring Cinderella, Gretel, Wizard, Alice, and Ryoushi!

*This title is only available in Japanese.
*"大正×対称アリス all in one" and "TAISHO x ALICE ALL IN ONE" are the same game. 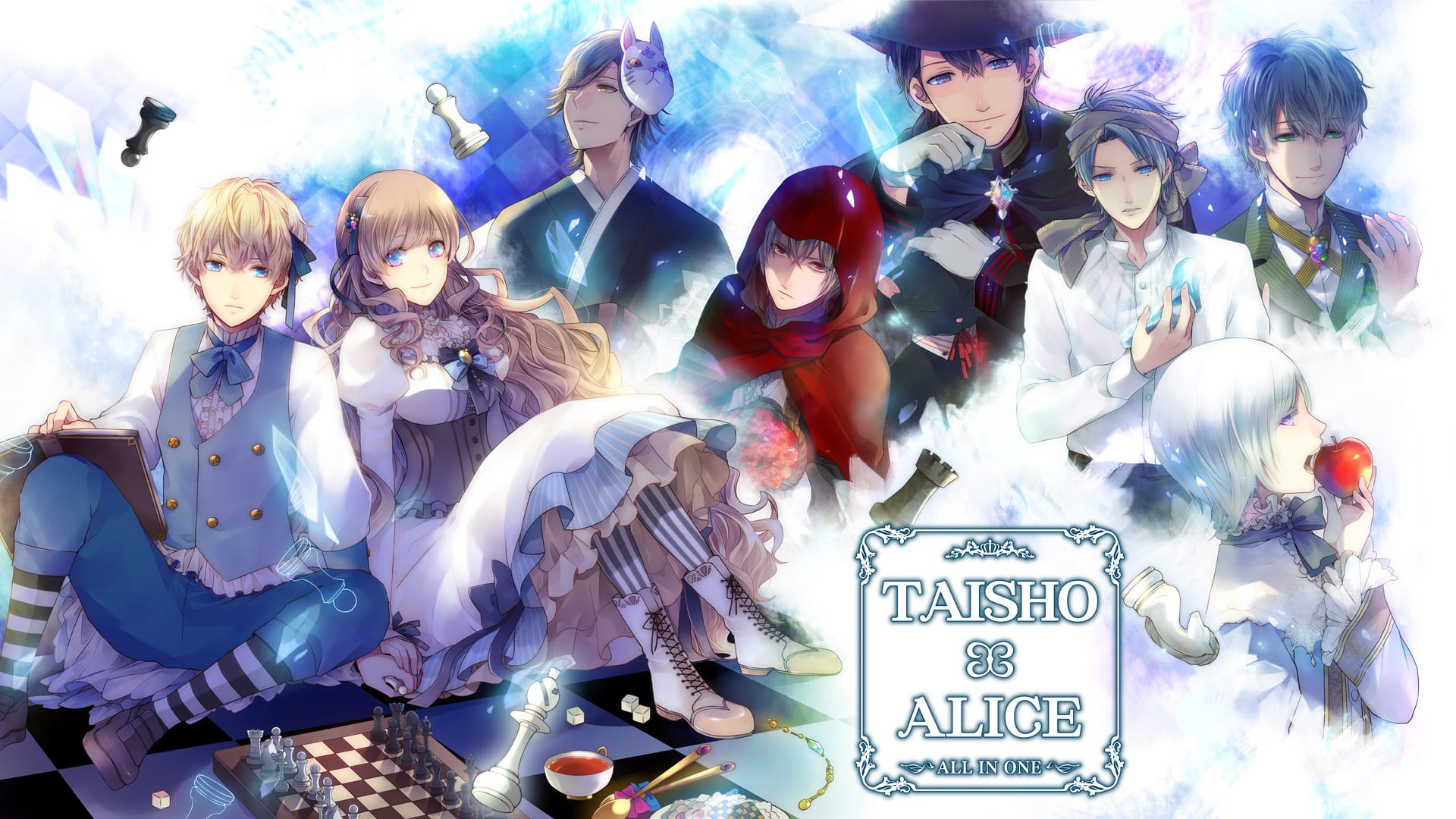 Blood, Language, Sexual Themes, Use of Alcohol and Tobacco, Violence

TAISHO x ALICE ALL IN ONE - English Text Mode Add-On