This set includes the STORY OF SEASONS: Pioneers of Olive Town game and its Expansion Pass featuring 14 sets of DLC.

● STORY OF SEASONS: Pioneers of Olive Town
Welcome to Olive Town, a peaceful community established by your trailblazing grandfather and his friends. Now that you've taken over his farm, it's your job to carry on his legacy.

Plant crops, raise animals, build relationships, and get to know the residents of your new home in this brand-new entry in the STORY OF SEASONS series!


● STORY OF SEASONS: Pioneers of Olive Town Expansion Pass
This expansive bundle will enhance your life on the farm even further with new characters, costumes, and more! Expansion Pass content will be distributed to players over time following the game's release in March 2021.


◆ Purchase Bonuses
The following 3 outfit sets for the protagonists will be available at launch:
• Pete and Claire's Overalls
• Yuto and Naomi's Hoodies
• Henry and Holly's Western Attire


* The protagonist outfits will become available once you have completed the town development request to build the salon. You may then commission the outfits from Karina.
* All protagonist outfits can be worn regardless of gender chosen.
* To change the marriage candidates' outfits, select "Downloadable Content" from the title screen, then enable the outfits in the "Apply Downloadable Content" menu.
* Marriage candidate outfit sets are not available for marriage candidates added in the Expansion Packs.
* The sub-scenarios are small sets of quests, events, and outfits that are separate from the main game's scenario.
* Marriage Candidate Expansion Packs are based on past titles in the STORY OF SEASONS series, and include a new area, 2 townsfolk, and 2 marriage candidates each. 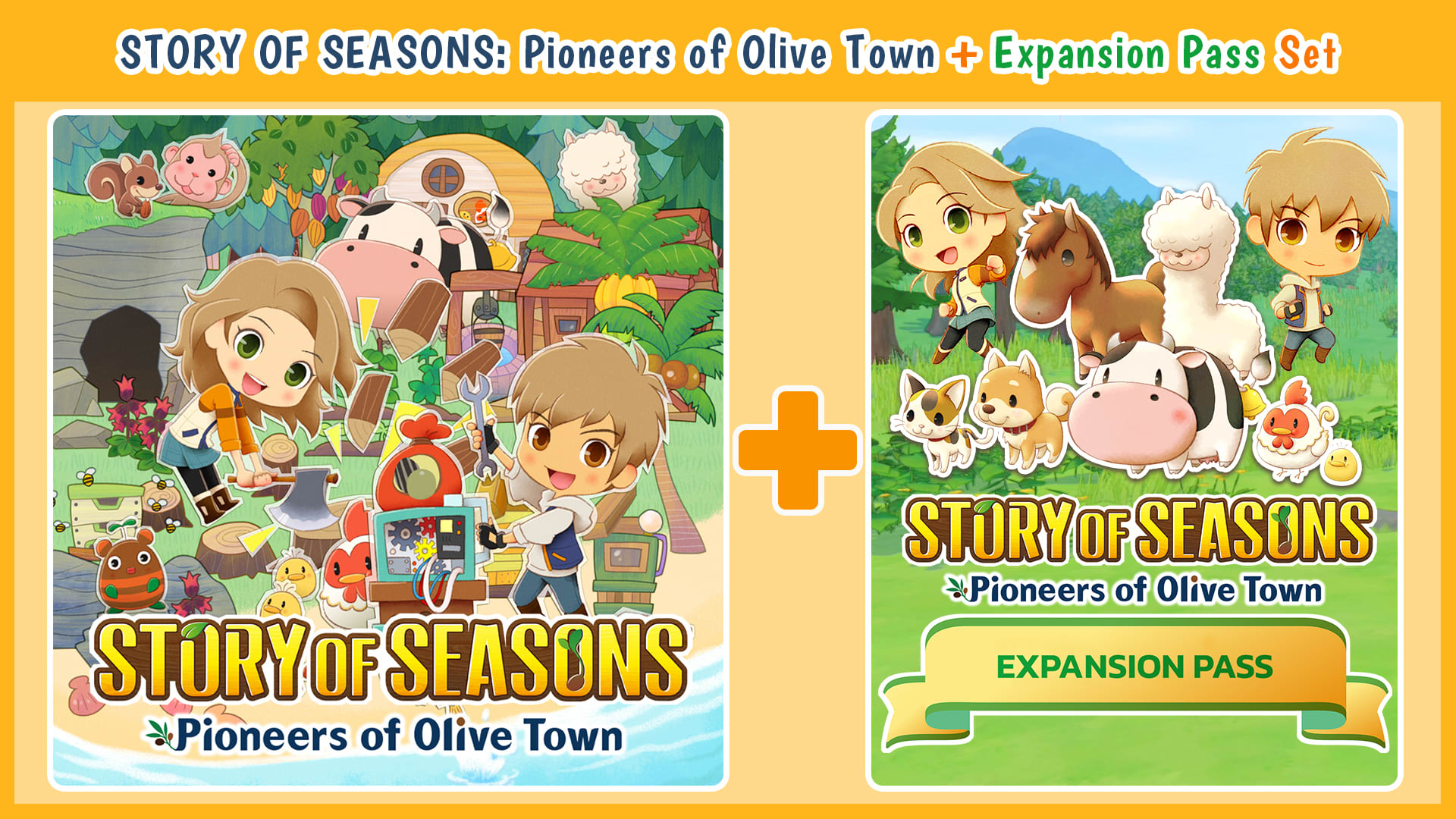 Pre-order the digital edition of STORY OF SEASONS: Pioneers of Olive Town + Expansion Pass Set to receive the Buffalo Costume as a bonus outfit.
©2021 Marvelous Inc.
Licensed to and published by XSEED Games / Marvelous USA, Inc.