New officers appear in scenarios for the "ROMANCE OF THE THREE KINGDOMS XIV: Diplomacy and Strategy Expansion Pack Bundle".

Note: Officer data added with this DLC cannot be edited.

Ryza, Lent, Tao, and Klaudia, all grown up after the latest adventure, will appear along with the new faces: Patricia, Clifford, and Serri.
Serri is highly suitable for fighting in forests. Clifford can trick the enemies, whereas Patricia can boost the abilities of the allies. Facing them, even the mightiest lords of the land will surely experience hardships.
You may choose to make them your subordinates to help unify China, or rather create a new force to defeat your rivals. A step closer to being an adult, please enjoy Ryza and her friends' adventure in the world of the Romance of the Three Kingdoms.

▼How to use
Select a scenario from Start New - Select Scenario screen, then select an officer from "Introduce Orig. Officer" on the Officer Settings screen to have them appear in-game.
From "Position Orig. Officers", by placing the officer on a base, or having them serve a force, they will appear in-game. 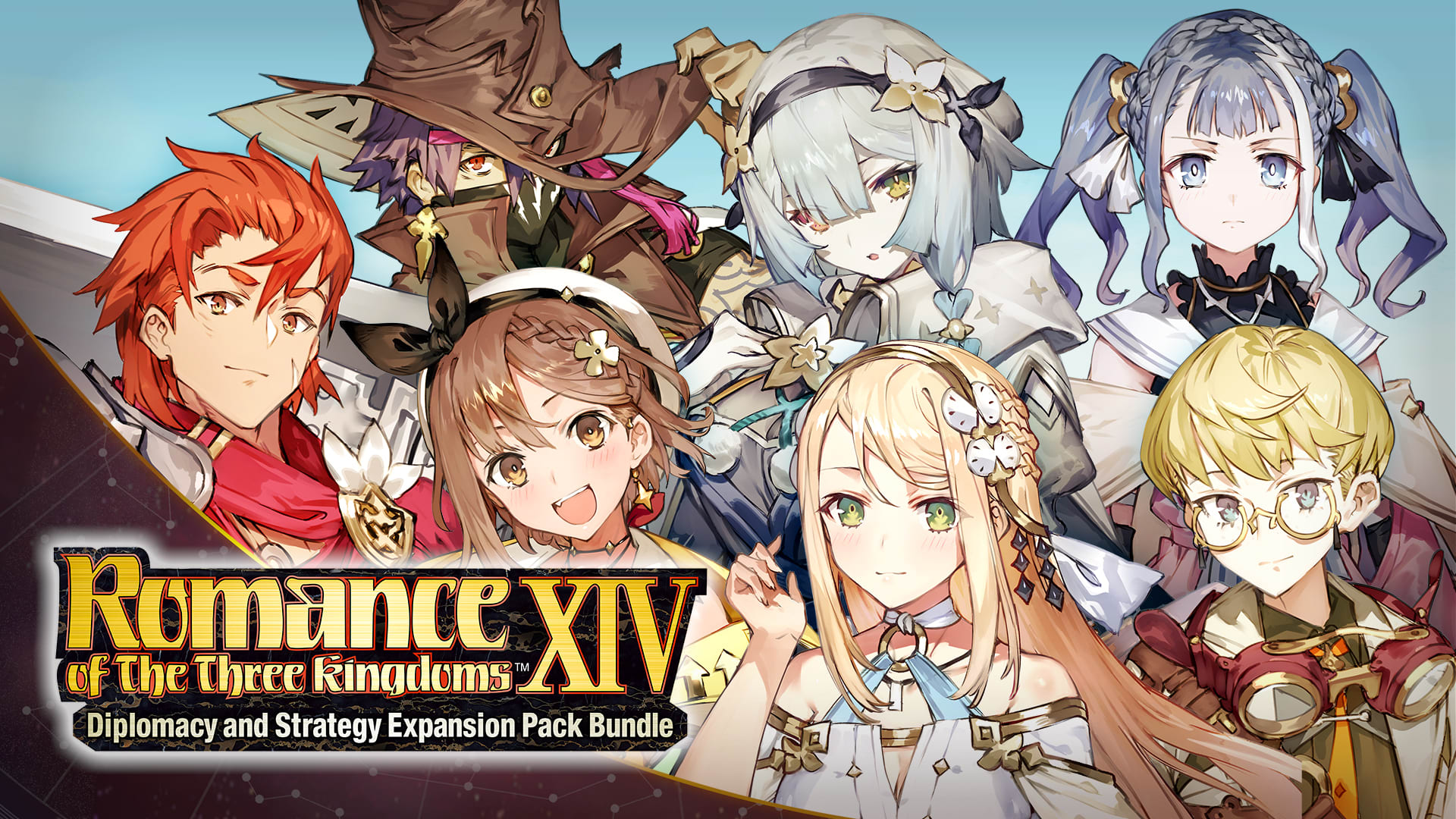