Enjoy 2 games in 1 with this irresistible speed games pack!

Rock'N Racing Off Road offers the most entertaining and exciting races, with loads of skids, crashes and amazing jumps. You will have several modes of play, such as Cup mode, time trial and multi-player with the option of up to 4 Players at a time.

In Rally Rock 'N Racing, you’ll enjoy a wide variety of natural environments, such as deserts, snow-covered mountains, forests... where you can show your skill at the wheel, competing against everyone to become the fastest. The game has several modes, such as Championship, Time Trial, Arcade, and 4-player multiplayer.

If you prefer, you can also purchase them separately on the Nintendo eShop. 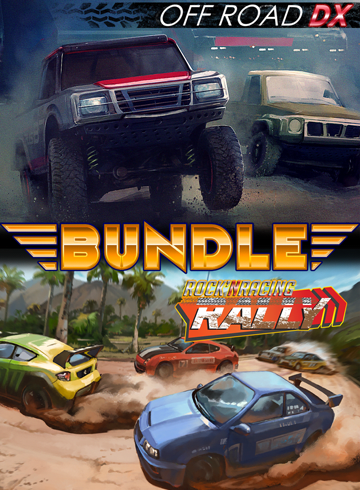