Off And On Again

"With the dawn of the internet the digital universe experienced exponential growth. The citizens basked in their new wealth and power, with access to previously unimaginable knowledge. For a while it seemed as if anything was possible.

This golden age did not last. Knowledge became corrupt, much of it was lies dressed up as truth. Fear, paranoia and hate infected the world with Programs becoming jealous of the resources allocated to others. Throughout this turmoil the real threat went by unseen.

A silent invader watched and waited, planning its attack. The war that followed was brief and devastating. Now there is but one hope. A hero must reboot the system, to turn it ""Off And On Again"" resetting time to before the corruption ever began. Are you that Hero?""

Off And On Again tells the story of a hero tasked with rebooting time. The game world is created and destroyed during play, with the hero having the ability to turn parts of the world off and on again. You will be required to use both brains and skill to overcome the enemies and obstacles in your path." 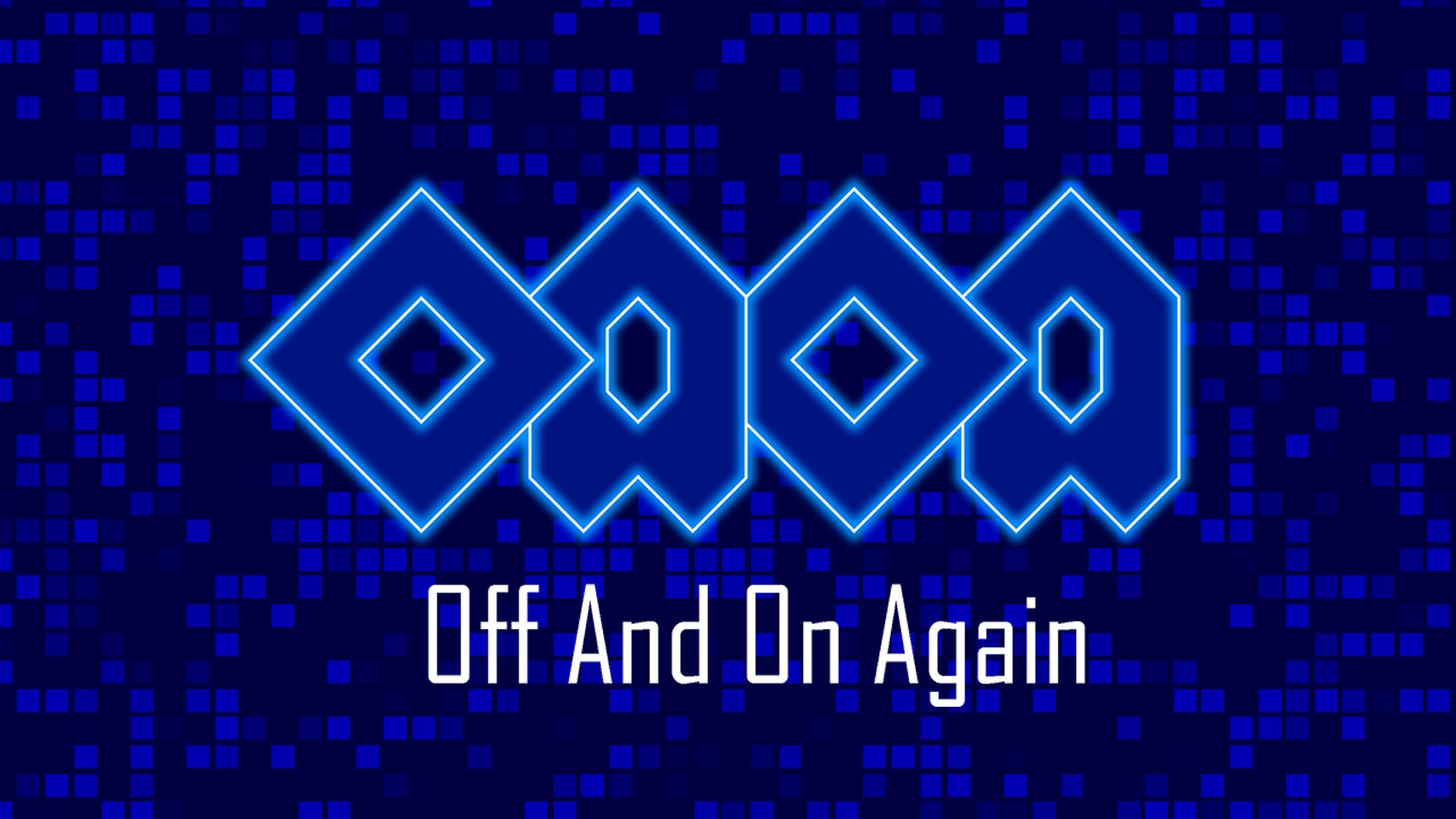