Start a rock band & end the EDM empire in NO STRAIGHT ROADS, a rockin' action-adventure from the minds of Wan Hazmer (Final Fantasy XV) and Daim Dziauddin (Street Fighter V).

Explore Vinyl City & fight musical megastars on your journey to defeat oppressive EDM empire ‘NSR’, in an action-packed adventure that mashes together rhythm-infused third-person combat with a kick-ass soundtrack!

• Discover the world of Vinyl City, meet larger-than-life characters and lead a musical revolution to end the EDM empire.

• Rock out solo in an action-packed single-player campaign or band up with a friend in couch co-op.

• Master rhythm-infused third-person combat as Mayday & Zuke, members of indie rock band Bunk Bed Junction, each with their own music-based weapons and attacks.

• Defeat musical megastars from a range of genres, including a pop-tastic boy band, a globe-spinning DJ, a child prodigy pianist and more on your journey to bring back rock.

• Fight for your right to rock! Learn awesome new moves, upgrade your abilities and use the power of music to transform props into weapons.

• Partner up with an additional local player to take control of the Elliegator, a secret alligator
assistant who can help players in battle by
picking up items, transforming props and calling in useful bonuses.

• Assist Mode lets up to three local players experience No Straight Roads’ music-based action together, only on Nintendo Switch™.

• Touchscreen Support - Use the Nintendo Switch™ system’s touch screen to transform props and pick up items. 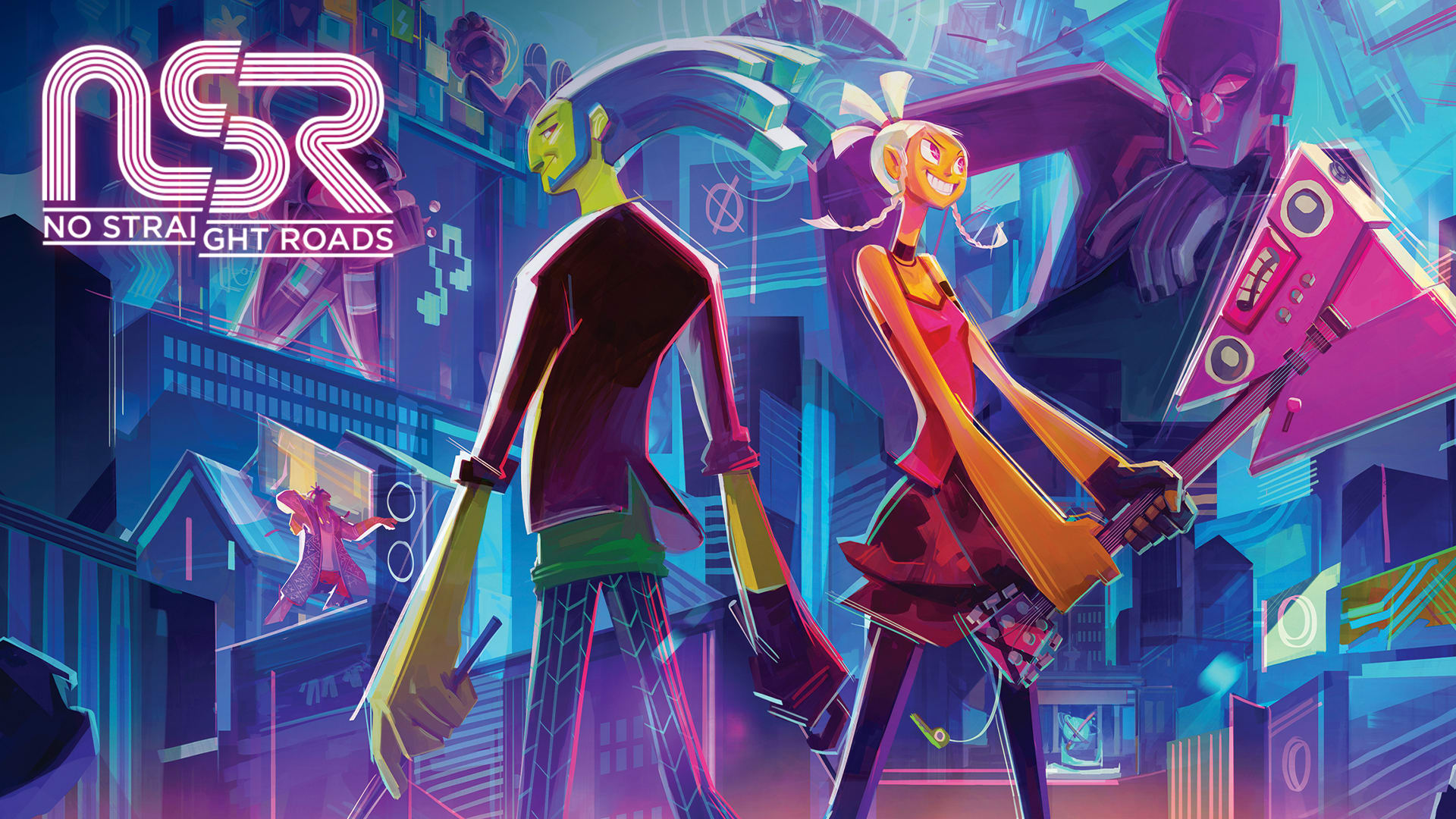