Soar through the air on your bike as you travel to the ends of the earth!

- Tons of content: Try to clear all 295 stages!
Visit major cities around the globe in the World Tour, the stars and planets of the Milky Way in the Galaxy Tour, and time periods inhabited by dinosaurs, pirates, and samurai in Time Rider!

- 40 different bike collectibles!
The more you play, the more bikes you’ll unlock! Each one shares a common trait: they’re absolutely absurd. Tired of the same old bike? Then try jumping over obstacles with a pizza or cup of coffee on your head! Collect them all to show everyone just how crazy of a rider you are!

- When the going gets tough, the tough use resurrection capsules!
As you get further into the game, the difficulty will grow more and more demanding, but don’t raise the white flag just yet! There are several bikes with resurrection capsules, which allow you to retry from a previous point in the course, hopefully far from danger! Use them wisely to overcome whatever may lie ahead!

- Compete with friends for the best score in Grand Prix mode!
Challenge other players from your country using the account linked to your Nintendo Network ID. Use your favorite bikes from your collection to seize the high score and show everyone who’s boss! 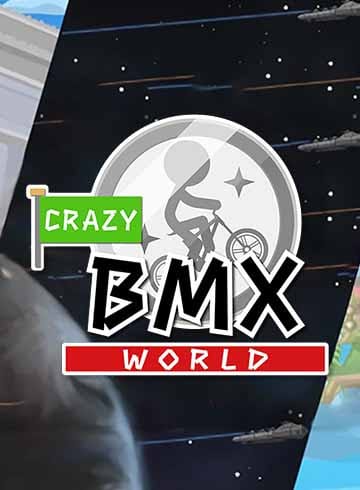