Cosmonaut: "We'll Take the Planet As Is"!

The Cosmonauts who had invaded the planet in "Earth Defense Force 5" have rushed to join the fight. Why would a previous enemy join the EDF in defending the Earth? The answer to that question will be clear when you reach the end of this game, so we wouldn't want to put any spoilers here. Let's just say that yesterday's foes are today's friends. They don't bear the slightest resemblance to us humans, but there's nothing more beautiful than mutual understanding. Isn't it heartwarming when former enemies join forces to defeat a shared threat? 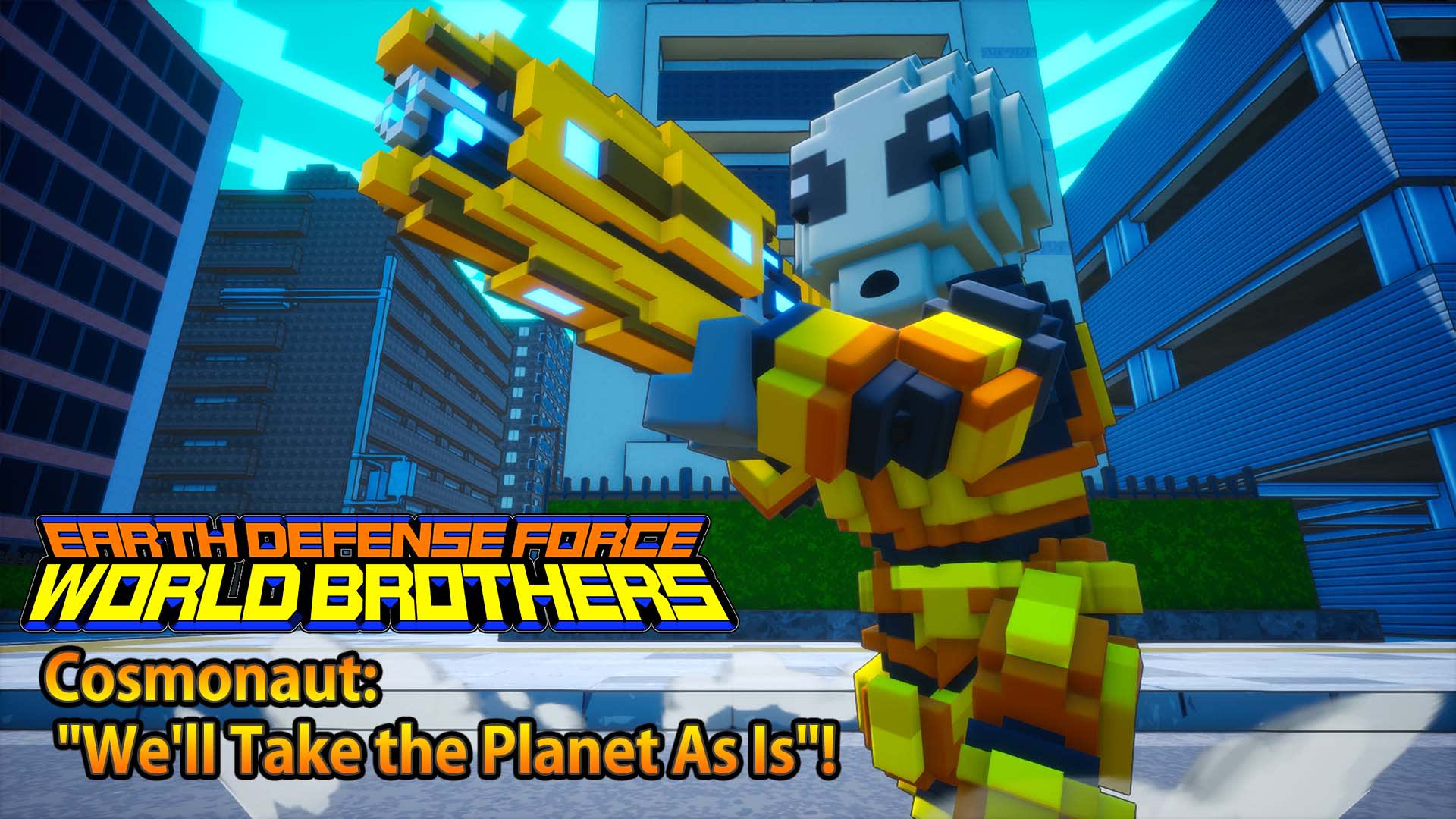