Sometimes, you have to fight for peace. These green valleys, safe for many years, are now threatened. Answer this threat by force: stay undetected and strike hard!

The gameplay, chiptune soundtrack and pixel-art graphics were polished with care and nostalgic love for the classic arcade games. But the action isn’t like your typical SHMUP mayhem. In Bridge Strike, you need to think while you fly. Make the best use of the hi-tech hardware installed in your aircraft to destroy the threats while staying out of their radars. It won't just be a simple mission: you'll need to deal with numerous enemies and harsh weather conditions, while trying not to crash into canyon walls!
Show off your combat and flying skills to gather more points and unlock new vehicles: chopper, boat and hovercraft! 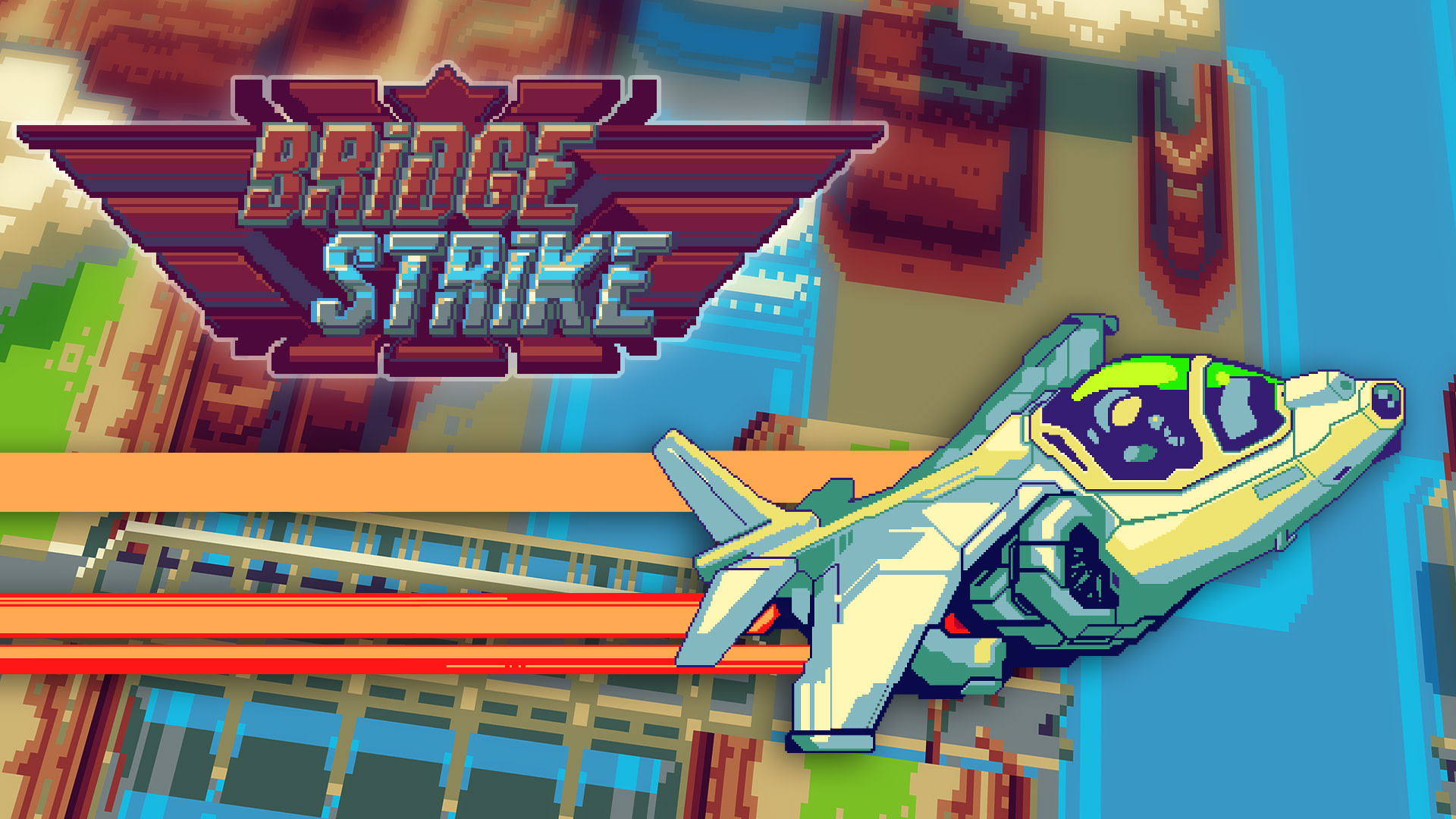