Aya, the calm and composed swordswoman from the zombie-infested world of "OneeChanbara," has joined the fight, wearing not only her trademark 10-gallon hat and bikini, but also with a katana as her weapon. Usually focused on exterminating zombies, she has decided to break from her normal routine and use her sword-wielding expertise to help save the Earth. She may appear less "herself" here compared to her appearance in the "round" world, but that's to be expected in a world without curves. For her SP Move, she unleashes her powerful "Xtasy Combination," which feels as good as the name suggests when it hits. 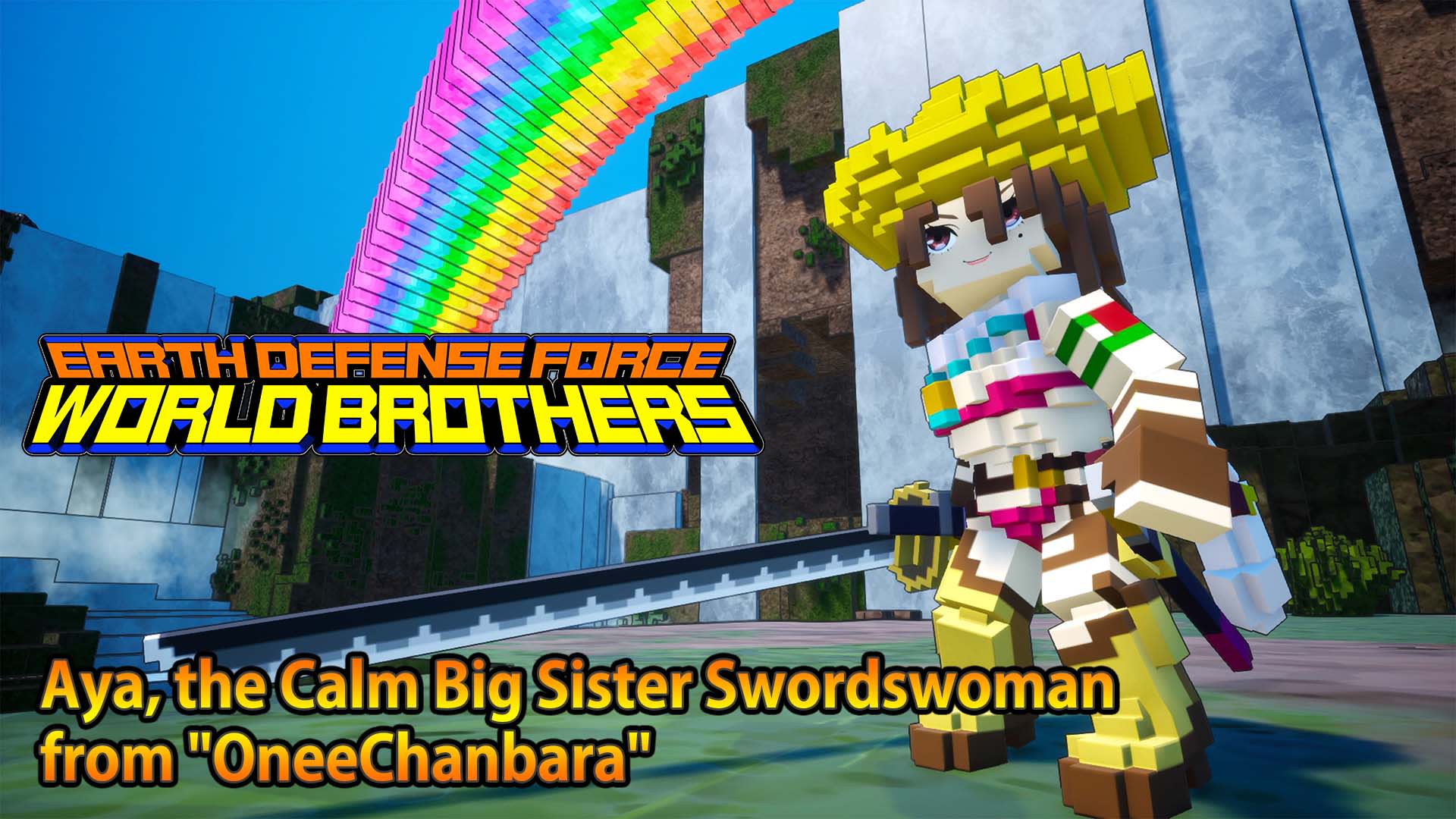