"TUBE PANIC" is a shooting game released by Nichibutsu in 1984. It is considered to be the first game circuit board to have a 3D rotation function.
A mysterious tube net appears before the command ship Marcus as it cruises through space.
Use 360° turning to battle enemy ships hiding in the depths of each stage, and face off with the mother ship's fleet waiting at the end. 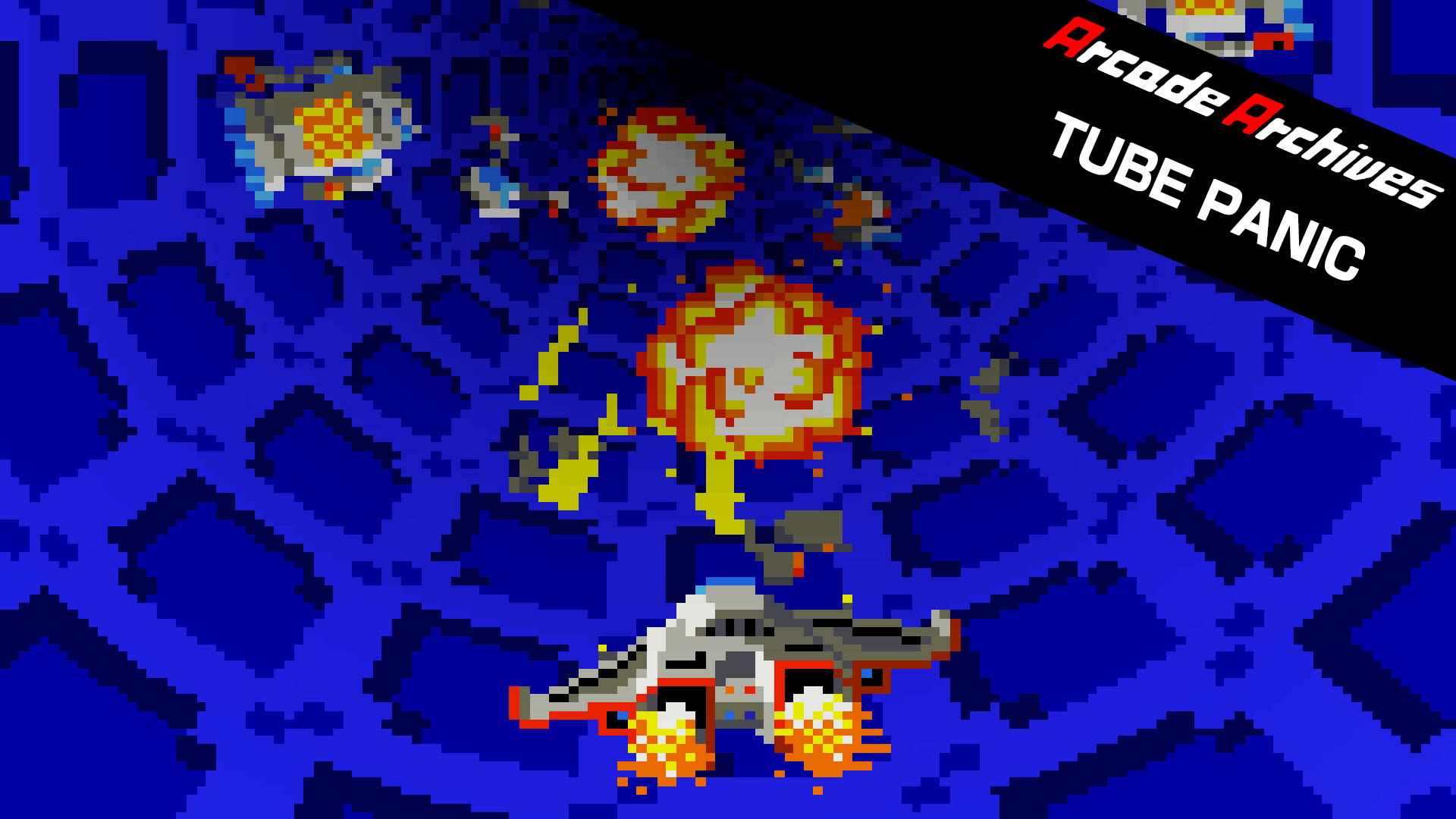 *This game uses the Japanese ROM for the main part of the game.
The options menu and manual are available in Japanese, English, French, German, Italian, and Spanish.
©2020 HAMSTER Co.
Arcade Archives Series Produced by HAMSTER Co.