TIME PILOT is a shooting game released by KONAMI in 1982.
Transport five generations into the future and shoot down enemy ships with a full 360º of motion.
Rescue parachuters and take out entire enemy formations to earn a high score!
Fly into a battle beyond time and space! 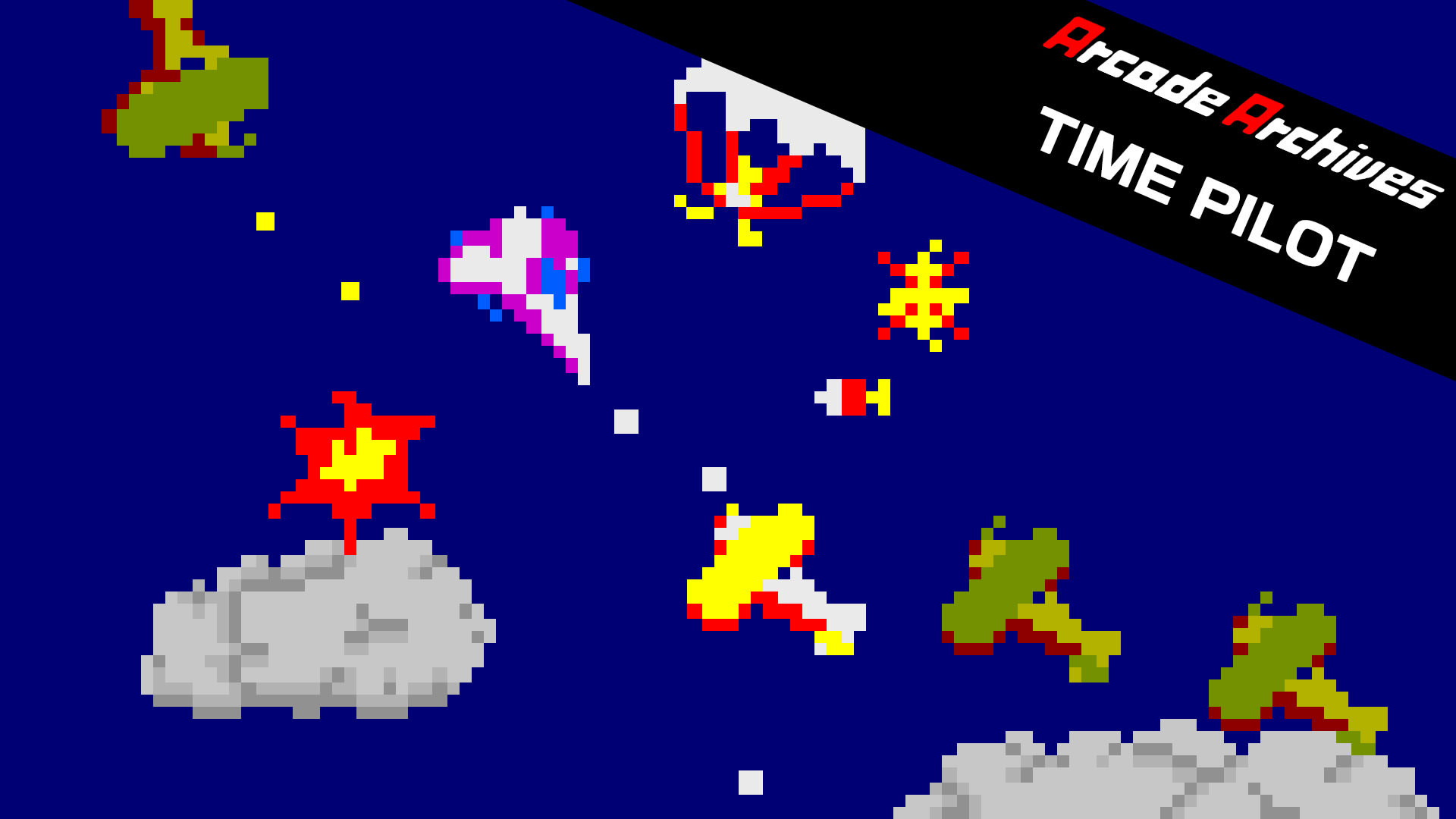