"TIME PILOT '84" is a shooting game released by KONAMI in 1984.
Pilot your aircraft in 8 different directions and defeat enemies with your Vulcan cannon and homing missiles.
Defeat the giant ship at the end of each stage to continue to the next. 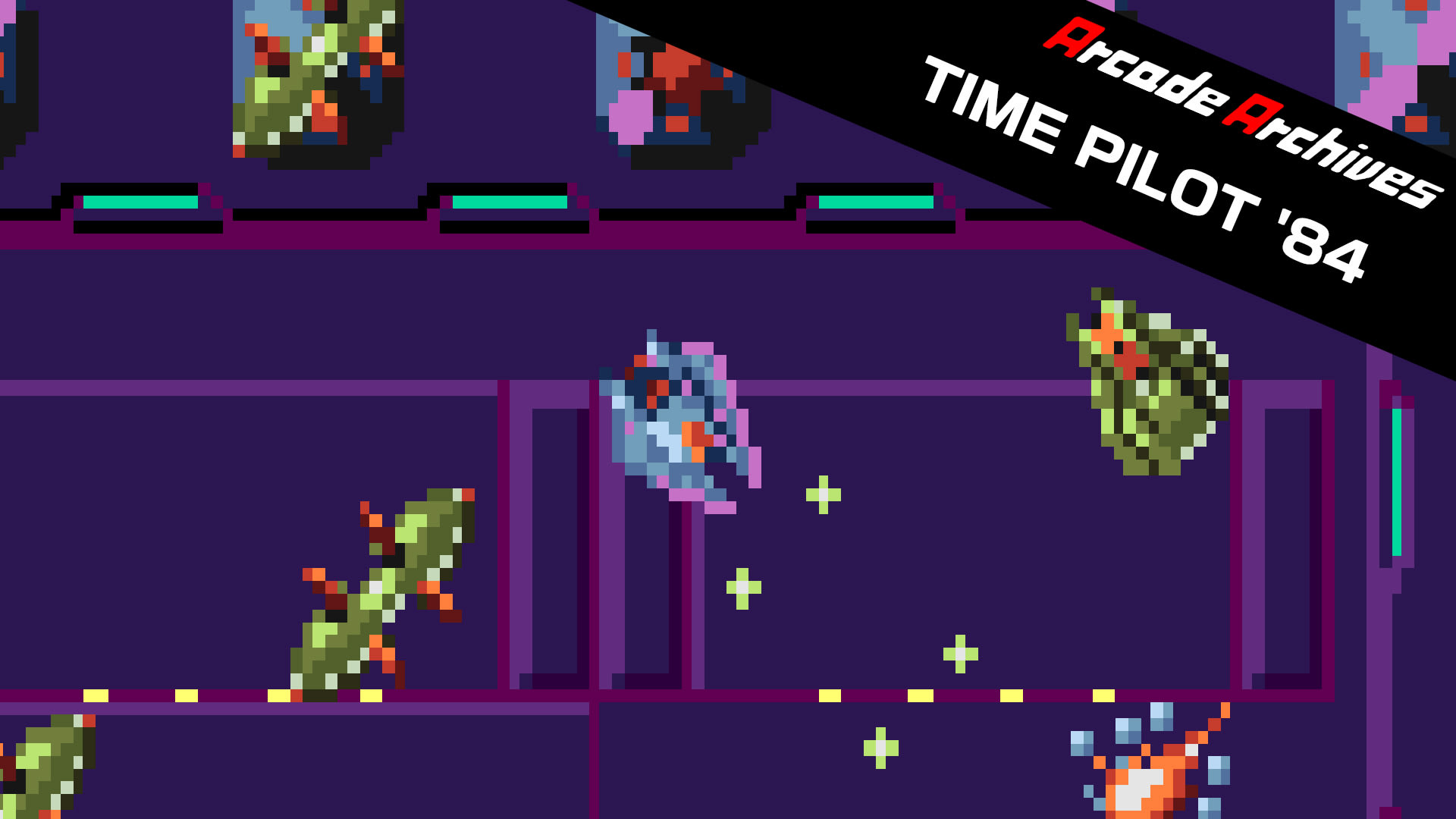