"POP FLAMER" is an action game released by JALECO in 1982.
Players control the POP FLAMER to defeat monsters as they pop all the balloons in each stage.
You'll need to refuel your flamethrower by popping balloons, since the flames get weaker each time you use it. 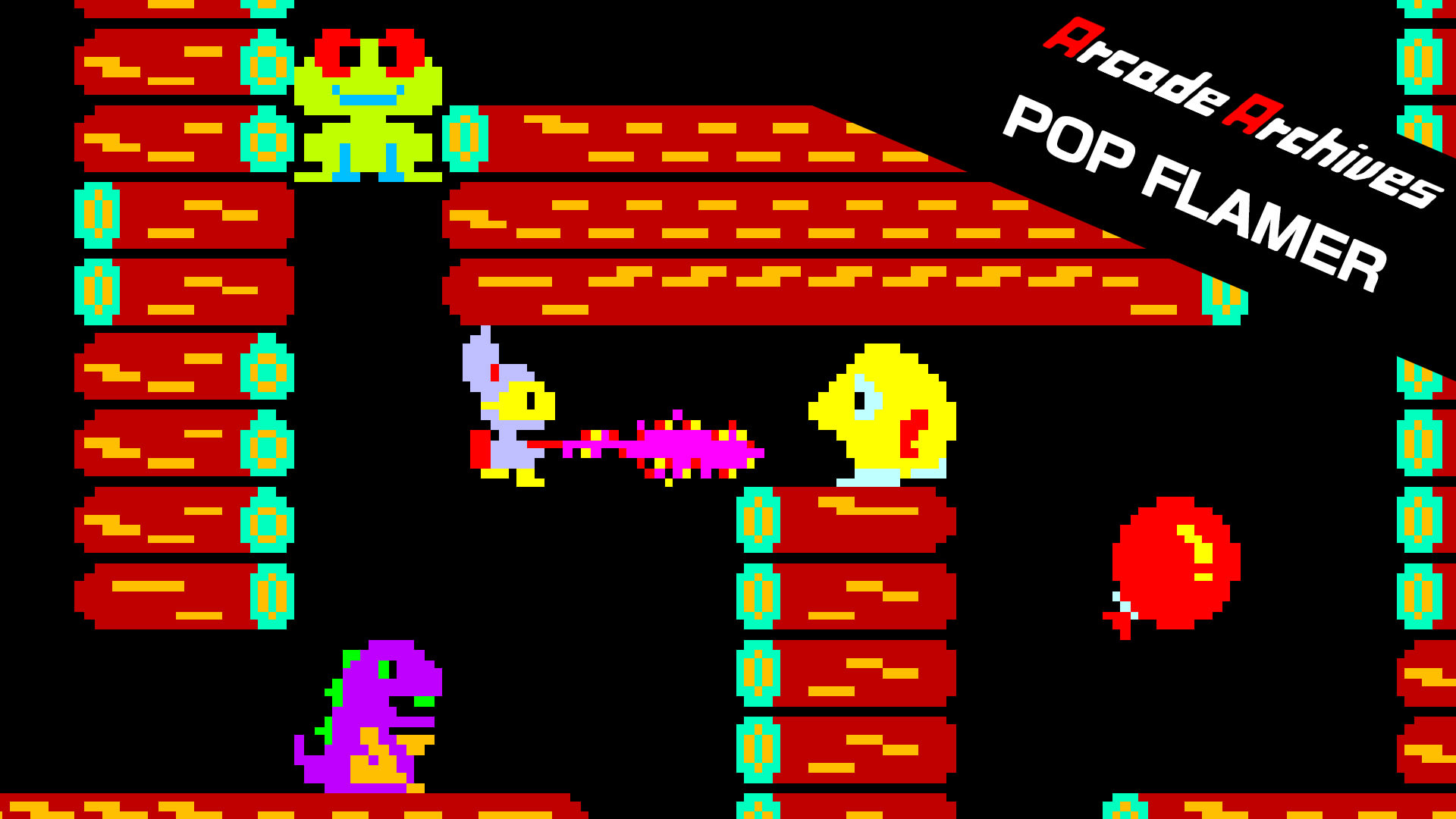