"EARTH DEFENSE FORCE" is a shooting game released by JALECO in 1991.
Control your XA-1 space fighter and take part in a worldwide endeavor to stand up against the AGIMA EMPIRE'S plot to take over the Earth! With each power-up the might of your weapons and the types of optional formations increases! 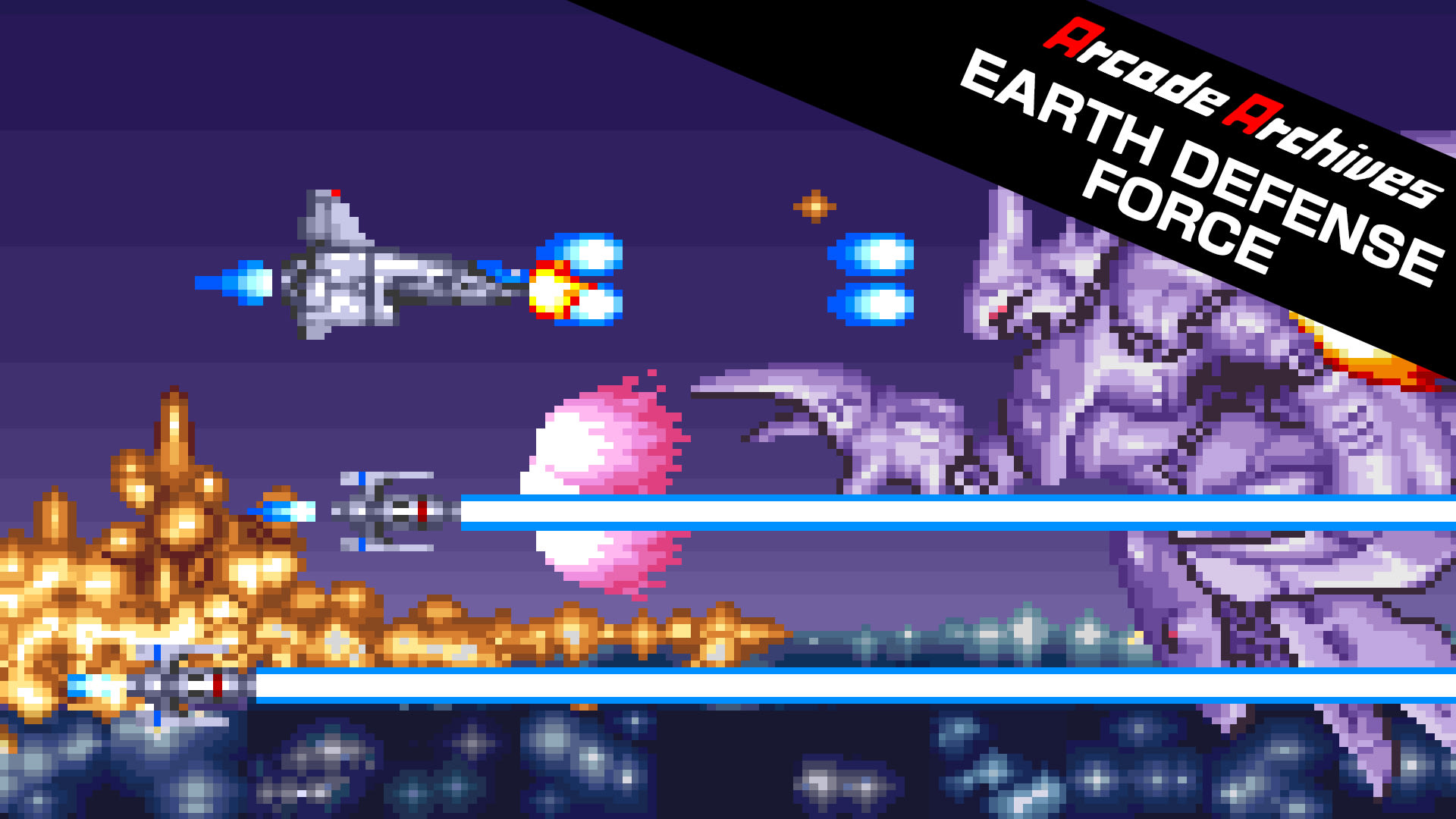