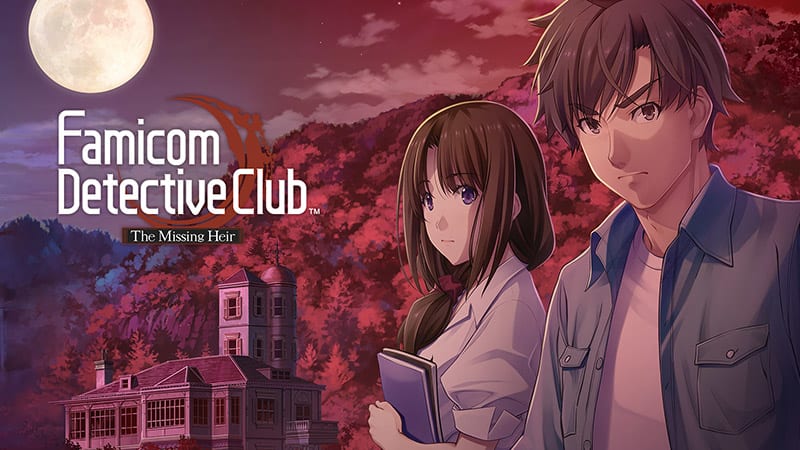 Hunt for clues, talk to suspects, and explore the Japanese countryside after tragedy strikes the wealthy Ayashiro family. Filled with suspense, this tale follows an amnesia-stricken detective trying to unravel his own past amidst the horrors of a harrowing murder investigation.

Press suspects by selecting the right question to ask, uncover clues by examining your environment, and get enough information to push forward with your investigation. It’s time to put your detective hat on and leave no stone unturned.

Originally only released in Japan, the Famicom Detective Club™: The Missing Heir game has been localized with English text and modernized for the Nintendo Switch™ system. With upgraded graphics, music, and sound effects, players can also choose the original 8-bit soundtrack and discover a piece of Nintendo history.

Buy one, get the second at a discount

*Discount applied when payment is processed for the second game purchased.