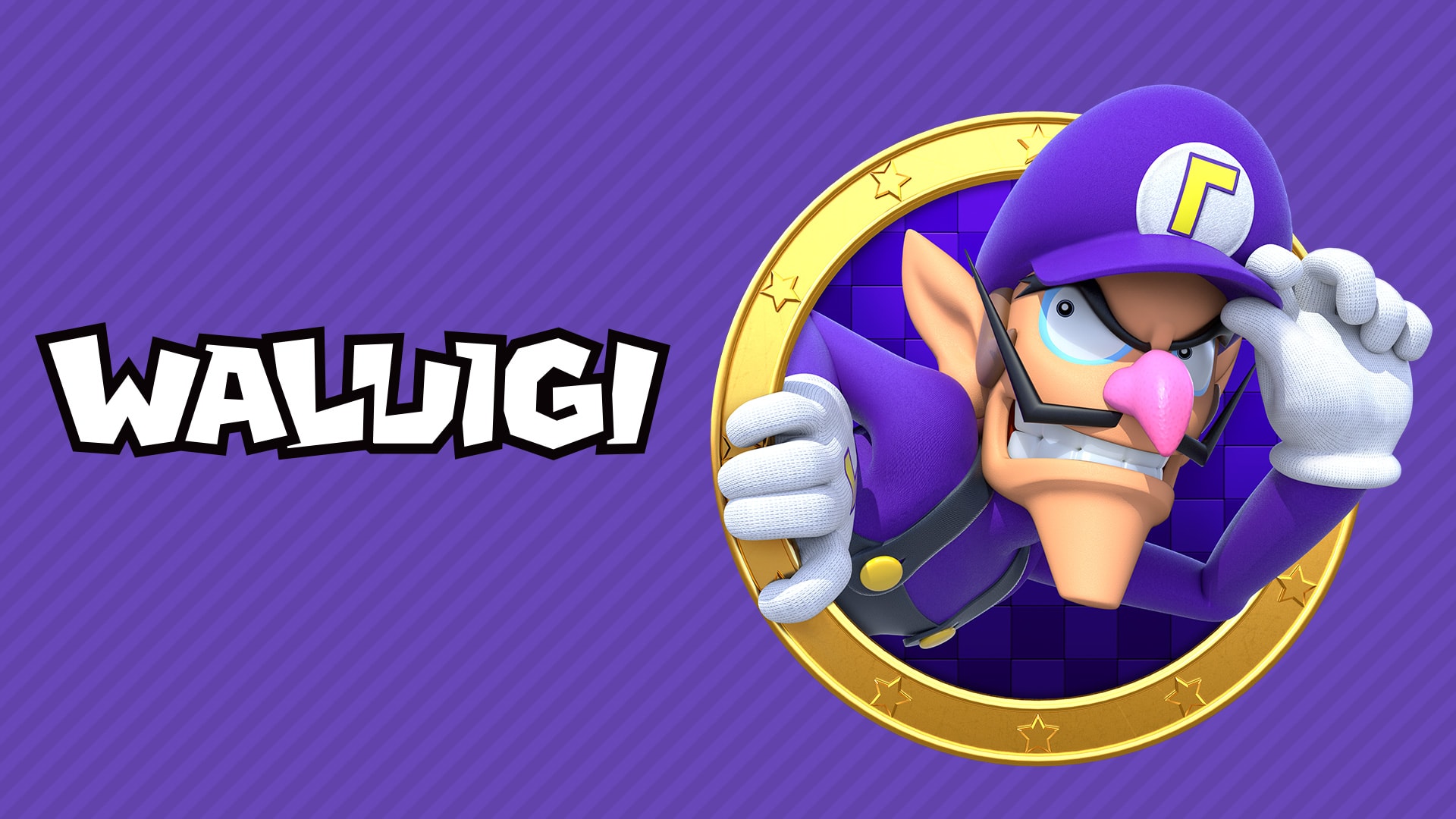 Play as Waluigi in these WAH-nderful games!

Life of the party.

These are but a few phrases to describe everyone’s favorite purple-clad master of mischief. Never mind if those phrases are true or not…in fact, they probably aren’t. But you know what? Whenever Waluigi shows up, he gives it his WAH!

If you want to play as Waluigi in some of his more recent (and upcoming) appearances, please look at the games below!

Get ready to play Strike, a 5-on-5, soccer-like sport with no rules! Strikers will do whatever it takes to win...which is the perfect setting for a certain lanky character with heaps of attitude. This game comes out on June 10, but you can pre-order today.

Not only is this golf with a Mushroom Kingdom twist, but it also features one of Waluigi’s most dapper outfits! Use his Special Shot to send out a low flying ball that can blast away other balls in its path. Wah-t more could you want from a shot?

Calling all superstars…even if they happen to have an upside-down “L” on their hat. The Mario Party Superstars game features 5 classic boards from the Nintendo 64 Mario Party games and 100 minigames from across the entire series. Use the Waluigi stickers to add some extra flair to your emotes.

Use Joy-Con™ controllers in clever ways across 80 wild minigames! This game also features the cooperative River Survival mode, rhythm-based Sound Stage, Partner Party, and, of course, the classic board game mode. Watching Waluigi cook a meat cube in the Sizzling Stakes minigame is quite the thing.

Unleash an arsenal of shots and strategies in all-out tennis battles with friends, family, and fan-favorite Mushroom Kingdom characters. Not only is Waluigi a great defensive player, but his Special Shot needs to be seen to be believed.

Speaking of tennis, Nintendo Switch Online + Expansion Pack members* get access to a selection of Nintendo 64™ games: including the original Mario Tennis™. Mario Tennis is extra special because it’s also the very first appearance of (you guessed it) Waluigi!

Hit the road in this content-filled racer for the entire family! Waluigi is a master of many vehicles but be on the lookout for The Duke: Its shade of purple complements his outfit rather nicely. Also, if you want to add more DLC tracks to the game, you may want to look into getting the Mario Kart 8 Deluxe – Booster Course Pass DLC**.

Join a star-studded cast of characters as they participate in loads of events and different party games. Bring your best moves to the track, gym, ring, or water in different competitions. Go for the gold, Waluigi!