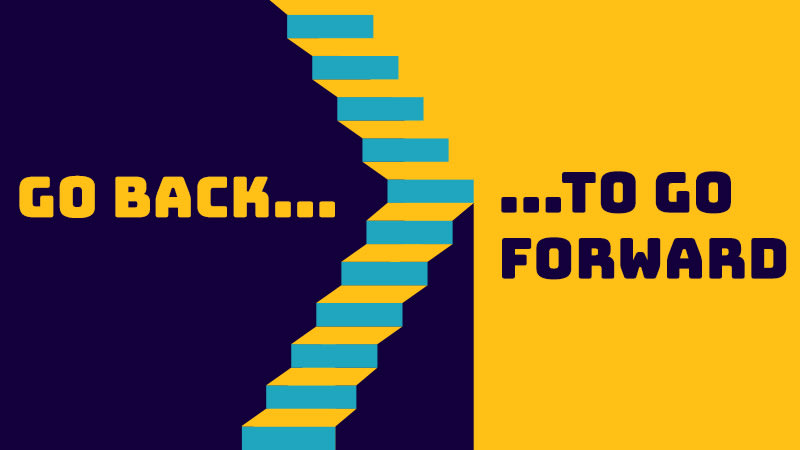 Celebrate a topsy-turvy day with these side-scrolling platformers

It’s National Backwards Day! To celebrate, we’ve created a list of games where the way forward is sometimes the way backwards.

While it may seem like a contradiction, backtracking in these side-scrolling platformers is the only way you’ll be able to make progress. So, if you see an item you can’t reach, make a mental note of it (…or mark it on your map). You may want to come back later with a different weapon, item, or idea you’ve discovered.

After a mysterious transmission draws bounty hunter Samus Aran to planet ZDR, she learns the remote planet has been overrun by vicious alien lifeforms and chilling mechanical menaces. Now, Samus must hunt or be hunted as she makes her way through a labyrinth of enemies and an inhuman threat stalking the depths of ZDR.

Explore the vast, twisting caverns of a ruined Kingdom; battle tainted creatures; and befriend bizarre bugs—all in a hand-drawn 2D style. Choose which paths to take, which enemies to face, and find your own way forward as you gain spells, strength, and speed.

An ancient, alternate Earth, complete with environments and the ruins of a civilization, has been found hiding in a cargo lift. Discover the origins of the Axiom Verge universe as you hack enemies and objects, solve puzzles, and explore two worlds.

Awaken as a prisoner and take on the role of a failed alchemic experiment. Keep the gleam in your eyes as you slay your enemies using swords, bows, and spells. Customize your character differently with each run, but remember that it’s YOUR skills that will get you to the end. Kill, die, learn, repeat.

Ender Lilies: Quietus of the Knights

In a distant kingdom fallen to ruin, awaken as a young girl named Lily. Transformed by the accursed “Rain,” all living things of Land’s End have become frenzied undead monsters. Face enemies in tense battles as you explore dark locations in this 2D action RPG.

Ori and the Will of the Wisps

Embark on an adventure in a vast and exotic world where you’ll encounter towering enemies and challenging puzzles on your quest to discover Ori’s true destiny. Master different skills to guide Ori through a journey of untold danger using spirit weapons, spells, and attacks.

Dive into the perpetual struggle between the vampire-hunting Belmont clan and Count Dracula in the Castlevania Advance Collection. This collection comes with four classic games: Castlevania: Circle of the Moon; Castlevania: Harmony of Dissonance; Castlevania: Aria of Sorrow; and Castlevania: Dracula X.

After a catastrophic event, humanity is directed underground. But after an accident, you find yourself on what’s supposed to be the uninhabited surface…but it seems to be inhabited by dogs! Work with (and pet) canine friends as you shoot  , jump, and slide your way through a mysterious dog-filled world to save humanity from a rogue AI named Daddy.

Bloodstained: Ritual of the Night

A force has summoned a demon-infested castle, revealing crystal shards infused with tremendous magical power. In this gothic side-scrolling RPG, fight your way through the castle to collect, craft, and unlock weapons and equipment. Take on countless enemies to save humanity and yourself.

Luchador Juan Aguacate is out of retirement and ready for his next adventure! Learn bone-crunching wrestling moves to fend off skeletal hordes and overcome skillful platforming challenges in a world inspired by Mexican culture and folklore. And who said anything about a Chicken Illuminati? Certainly not us!

Use time-bending abilities to explore a vast, connected world, unearthing the secrets of the past and present. Collect powerful elemental Orbs and combine them to destroy all enemies who stand in your path. You might discover that the course of history isn't always as clear as it seems...