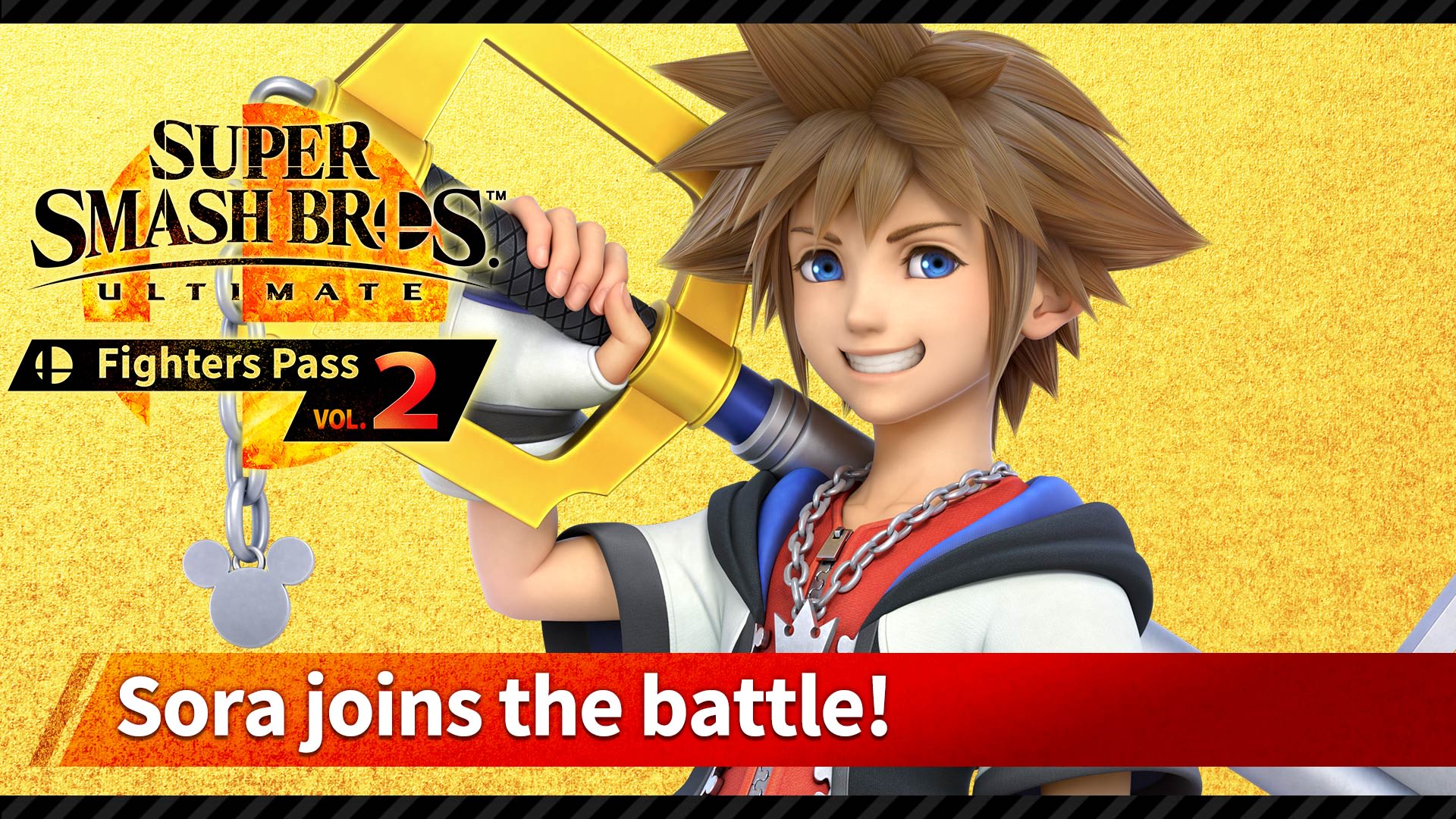 Challenger Pack 11* is out now, adding Sora to the Super Smash Bros.™ Ultimate roster of fighters.

If you’re interested in adding him to your lineup, there are a couple options:

To purchase the game or DLC*, visit https://www.nintendo.com/en_CA/games/detail/super-smash-bros-ultimate-switch/.

Legendary game worlds and fighters collide in the ultimate showdown. Battle it out locally** or online*** with more characters, stages, music, and modes than past games in the series. Whether you’re a longtime fan or curious to experience a fast-paced action game with iconic characters, the game has a lot of content to explore!