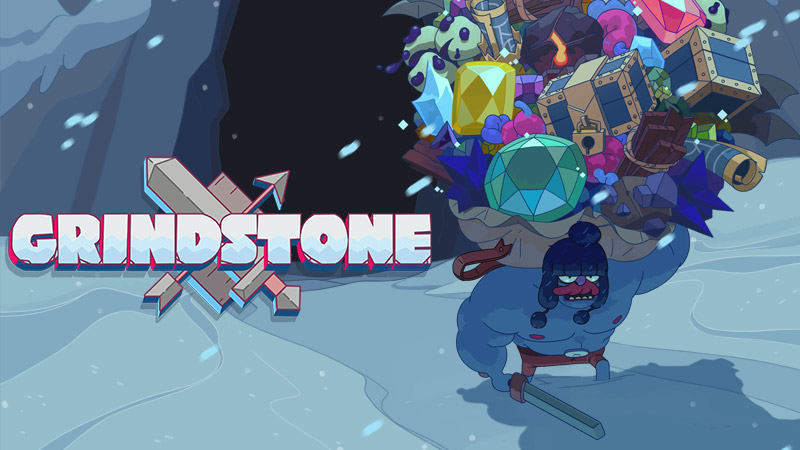 As a hulking papa StoneGrinder, Jorj, you’ll have to work your way up Grindstone Mountain by smashing creeps, grabbing treasure, and taking down bosses.

But before you clock in, learn about how the team at Capy created some of the mountain dwellers that you’ll come up against.

Grindstone: Of Creeps and Slobs

“Hi! We’re Kelly Smith and Ben Thomas, animators at Capy. Grindstone is about creating attack chains through colorful creeps and jerks, so we thought it’d be fun to talk about our process designing two of those enemies.”

Kelly: “The Jerkameleon enemy was originally called "Jerksquito" and was modeled after a mosquito. I played with the idea of having two distinct states. The first state was very small and shriveled with big, sleepy eyes due to being so anemic without life-giving creep juice. The second was after it had engorged itself on the color juice from a nearby enemy.

We were racing to make the launch so we actually held back a great deal of entity prototypes that we either couldn't solve visually or just hadn't spent enough time with to identify bugs, etc. This guy (the Jerkameleon, formerly the Jerksquito) was one of the entities on that list. Once we were able to come back to it, its final behavior changed to killing all adjacent creeps. Because it now needed to attack eight spaces, I dropped the mosquito aspect and focused the concept around eating. In the final design he exists only to eat, so his entire body is a massive mouth and a stomach.” 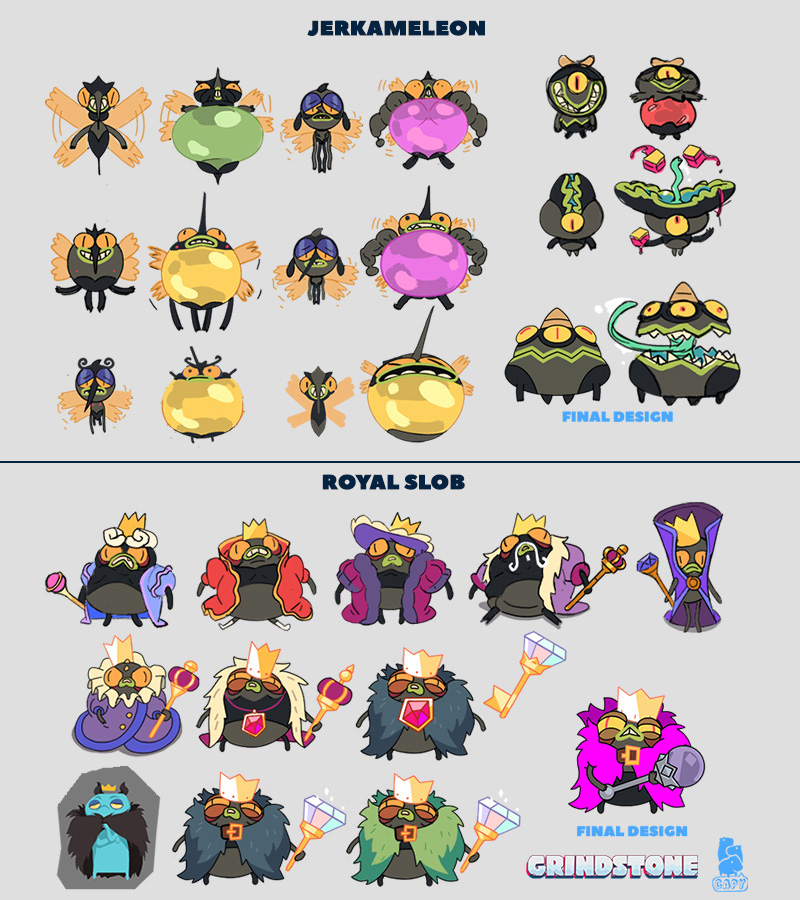 Ben: “My initial instinct for the Royal Slob was to go full Henry VIII, complete with the frilly robe, puffy sleeves, and ornate scepter. I found the Renaissance elements a bit too removed from the Iron Age feel of Grindstone, however. I didn’t want the Slob to feel out of place and edited some of the fancier elements out. The scepter idea remained, with a grindstone reward in the scepter itself.

Next, we explored the idea of connecting the Slob to a random chain color. Programmer Kenneth Yeung wrote “palette swap” code that would change the robe color from bright fuchsia (#ff00ff for you color nerds) to a chainable creep color when the Slob appears. This helped us keep the memory footprint low and fulfill the design requirements of the character.

With the Slob working in gameplay, we made one last change: to put the reward focus back onto the Crown. So instead of a grindstone, the Crown itself was the resource the player needed to unlock the next area of the Mountain. And voila, we’ve arrived at the final look for the Slob, ready to be mercilessly pummeled and robbed at your leisure!”