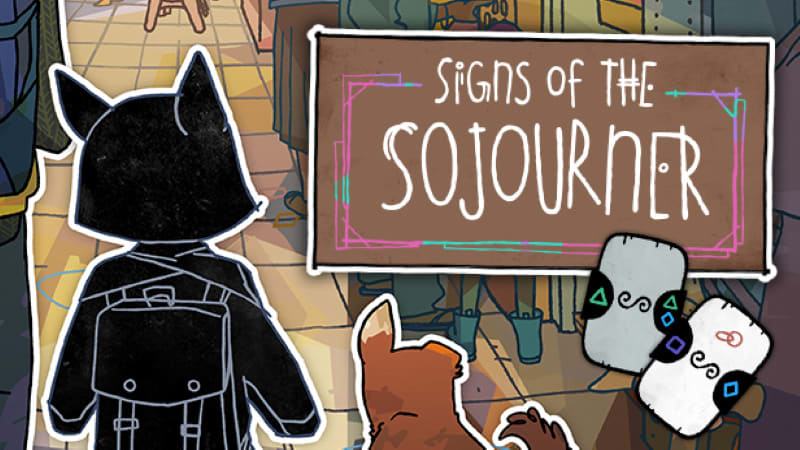 Signs of the Sojourner is a narrative card game about forging new friendships, rivalries, and connections in a different way—using cards!

The team explains how they developed a card game where your deck reflects your experiences and shapes your relationships.

A game about conversing with cards

“Hello! I'm Dyala Kattan-Wright, designer and creative director on Signs of the Sojourner. Signs is a narrative game where you play cards to converse and develop relationships rather than to defeat enemies.

How does that actually work? You play cards with a shape on each side, attempting to match the shapes on your conversation partner's cards in order to build a complete sequence. Different towns and regions tend towards different shapes, and there are special abilities to spice things up, like "Clarify" which lets you insert a card earlier in the sequence, or "Chatter" which lets you play more than one card at once.

So, how did we land on this core mechanic? 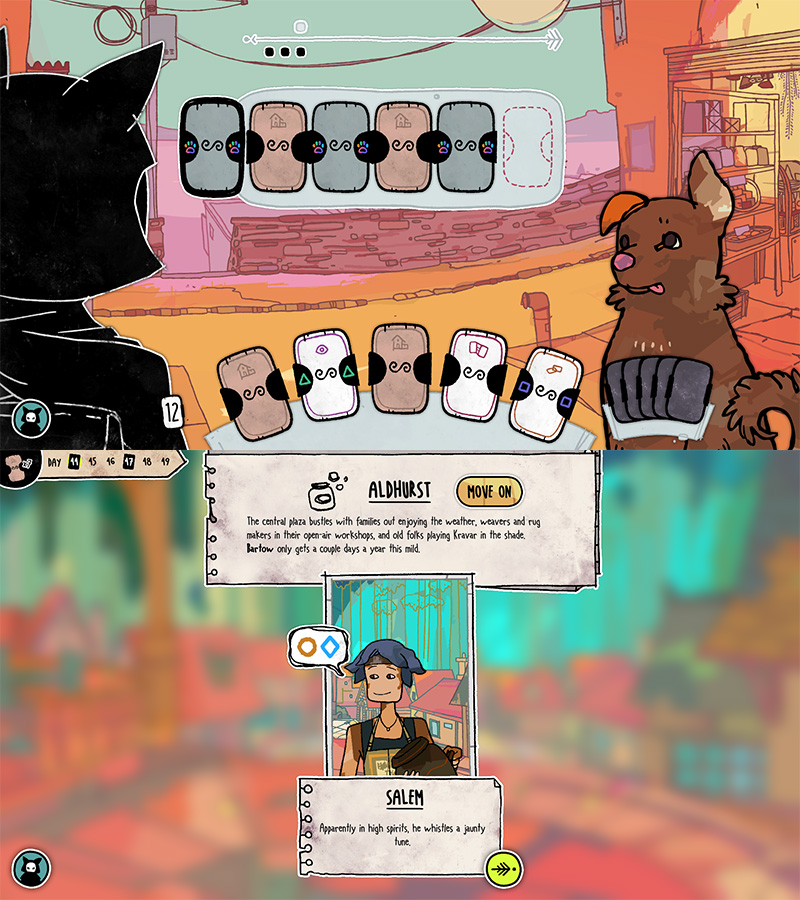 From the start, I wanted to explore ways to handle conversation in games that didn't rely on dialogue trees or other established methods. I wanted to find a system that could handle things like misspeaking, telling a joke that lands wrong, or unintentionally confusing someone. Things that dialogue trees don't generally do well.

The earliest versions were highly influenced by games like Hearthstone and Slay the Spire. I think it's natural to look towards established successes!

The trouble with drawing inspiration from combat-oriented card games is, well, our versions also felt like combat. This wasn't the intention at all. Renaming hit points to "trust" and actions like attack to "argue" wasn't fooling anyone…it was clearly just a reskinned combat system. No matter what layers we added, as long as you were playing cards to knock down or fill up a meter, players would go in with the mindset of having to win and defeat an opponent—not how most people actually approach conversations. So, back to the drawing board.

We worked through various approaches. In some, you'd accumulate resources through the card game that you spent to select different outcomes. In others, you'd play cards into the other person's hand, filling them with frustration, calm, or other emotions. There were a lot, and some that I still think have promise, but none that quite hit on our goal of capturing the feel and flow of conversation. It always felt a bit too antagonistic.

The breakthrough came when we took a step back and greatly simplified the approach. Matching shapes to build a sequence felt like a clear metaphor for building a connection but was it too abstract?

Amazingly, from the very first paper prototype, it clicked, better than any of those previous iterations had. The concept worked far better than trying to more literally model conversations. It captured the right feeling while allowing players to fill in the blanks, drawing from their own experiences and reading into what's left unsaid.

It's our hope that not only will you enjoy the story, but that it will lead to personal reflections in the themes and how the cards play out!”