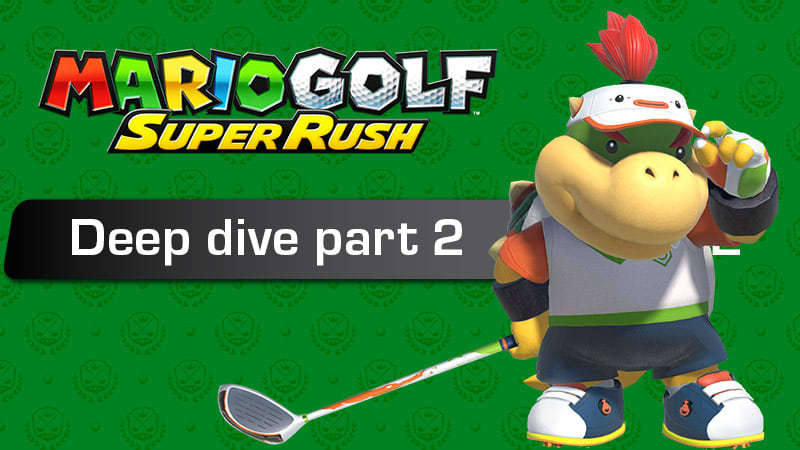 Hopefully, you’ve had a chance to check out Part I of our two-part series for the Mario Golf™: Super Rush game. This article picks up right where that one left off!

OK, so you know that you can set your power by either pressing the A or B Button* when the shot meter rises up. After you do this, you’ll then see another line rise up quickly on the shot gauge. Think of this line as a timer: when it reaches where you set the shot power, your character will swing. If you’re used to previous Mario Golf games, please remember that this is a bit different from those games and has nothing to do with accuracy. 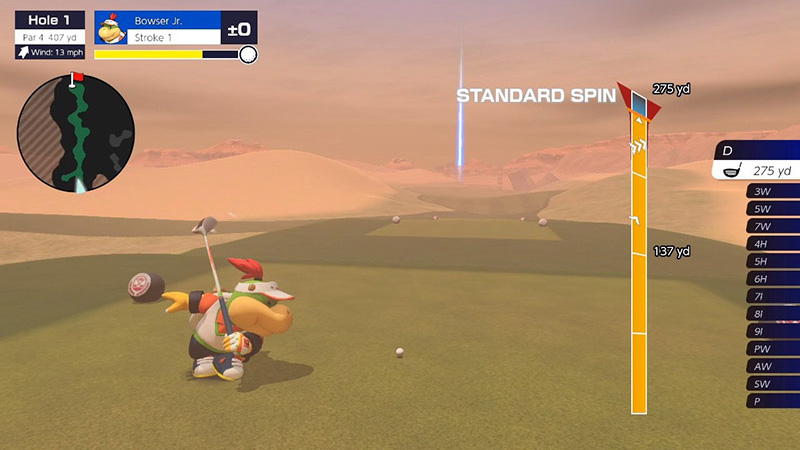 But if this line is just a timer, why is it there? Well, it’s giving you time to input how much curve you want to add to a shot. Lightly tap the Right Stick during this time to have little arrows show up on the gauge (they will point in the direction you tapped). The direction of the arrows will show how your ball will curve in the air.

You’ll need to think it through because making a less powerful swing will increase the reliability of the shot…but it also means that you will have less time to set your curve. Decisions, decisions!

Curving your shots is very important in this game, so take a few rounds to experiment with it. Depending on your spin stat, you may have multiple little segments on your shot gauge. This means you can set a different kind of curve in each segment.

For example, say you place some slight curve that points right on the first segment, and heavy curve that points left on the second segment. When you swing, your ball will first fly right and then sharply curve left in the middle of the air. This is not magic, but you can definitely make magical shots using it! In fact, you can use it to curve around obstacles, land at unlikely angles, and shave off a few shots from your record.

If you played the Golf Adventure mode, you may start to realize that an upgraded Mii™ character can easily curve the ball multiple times in a single swing. That’s great and all…but what about the other characters? 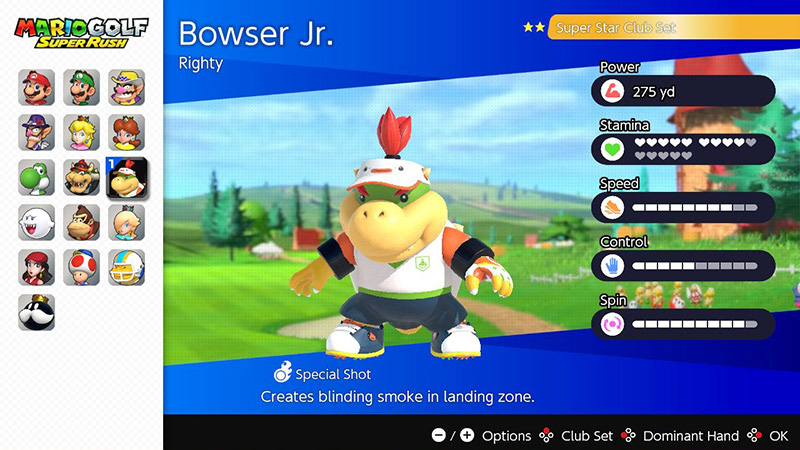 That’s where Star Clubs come in! When you use the same character over and over, you’ll gain something called “Character Points.” It really doesn’t matter which mode you use the character in: You’ll gain points for using them (and you’ll gain points faster based on how well you play). You can keep track by going to “Play Stats,” select “Characters,” and then scrolling down to the character that you’ve been using. The last stat is how many Character Points you have.

These clubs are important because they increase your Power and Spin stats, which means that you can hit the ball farther AND curve the ball multiple times in the air. You do sacrifice some Control though, so get some practice in with them.

We hoped you enjoyed this deep dive into Mario Golf: Super Rush. Good luck on the green!