The ‘Blazing Deserts’ DLC is all about the southern regions with its scorching deserts, lush oases and wealthy city states. They are home to a people who call themselves the Gilded for their belief in their single god in whose shine they bask day in and out. Now your company can boast an appropriately gilded banner and shields reflecting southern wealth and culture!

Thanks to the overwhelmingly positive response to the 'Blazing Deserts' DLC, and many people expressing their desire to support us even beyond the asking price, we've decided to also offer it as a special Supporter Content. As a 'thank you', you'll receive a unique banner for your mercenary company. 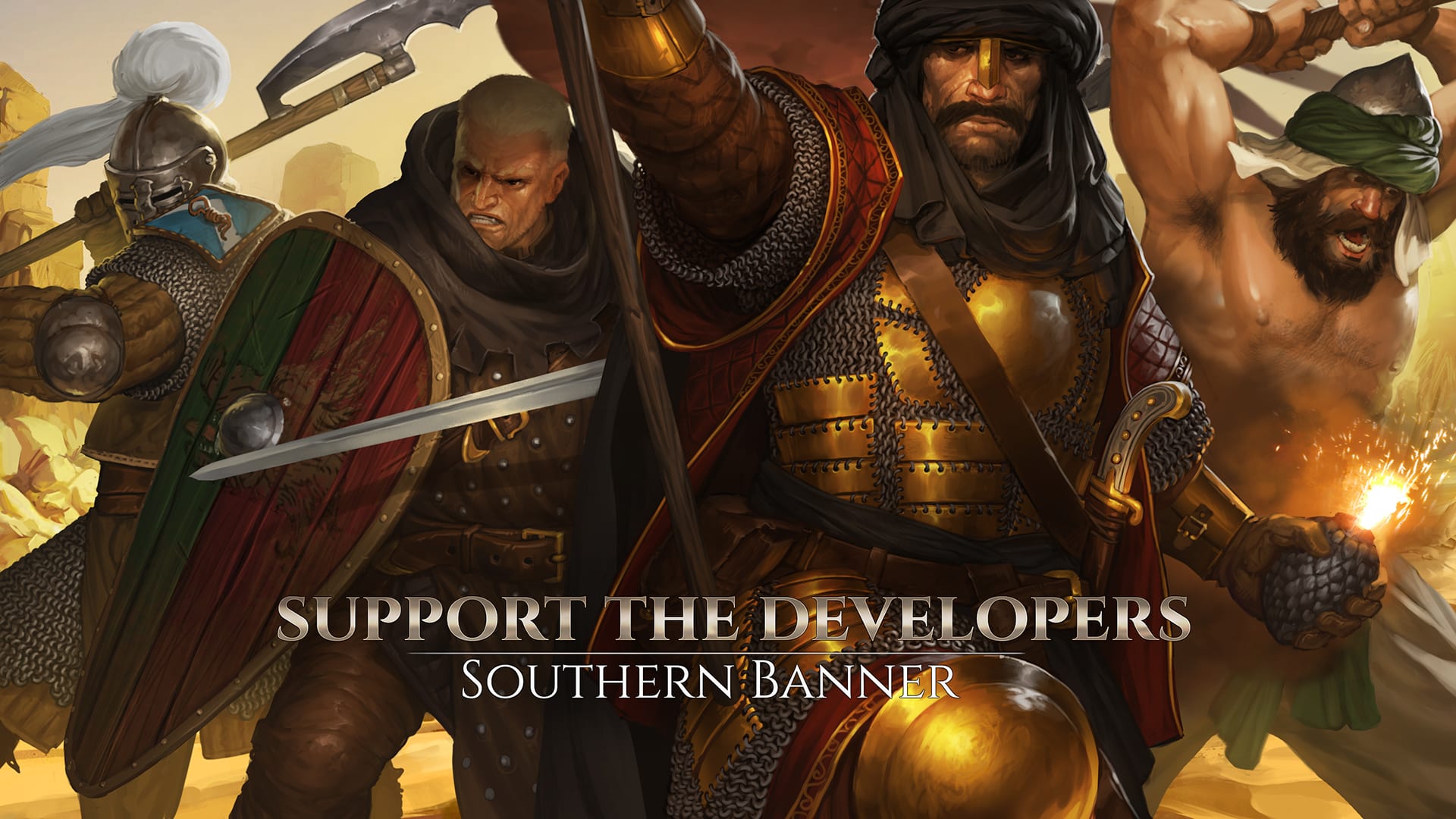