Spectacular Sparky is an action-packed platform/shooter with wacky characters, explosive weapons and boss battles to treasure. Sparky is an adorably insane intergalactic bounty hunter who can dash through obstacles, fire his weapons in any direction and even extend his jumps by flapping his long bunny-like ears. Each time he brings down a boss, his connected confidante Shigg (half shark, half pig) is ready to point him in the direction of yet another space fugitive.

In the grand tradition of irreverent 1990s video-game heroes, Spectacular Sparky is as sassy as he is fearless. His voice-acted wisecracks and sarcastic jabs tend to get under the skin of his enemies in a most amusing fashion. And his universe is awash with spikes, lava, buzzsaws, super-saturated colors, slick parallax scrolling and mega-driven music, the way every game ought to be.

• A modern homage to the golden age of white-gloved 16-bit video-game mascots
• Dozens of delightful story scenes featuring full voice acting and a host of outrageous characters
• Five challenging worlds with 24 levels, each with a bombastic boss battle at the end
• Five powerful weapon types, including blasters, flamethrowers and homing missiles
• Five unique vehicles that Sparky can pilot, including a spaceship, hang glider and lava jetski
• Five difficulty settings, from Supercasual to Supernightmare
• Three game modes (What?! Not five?) 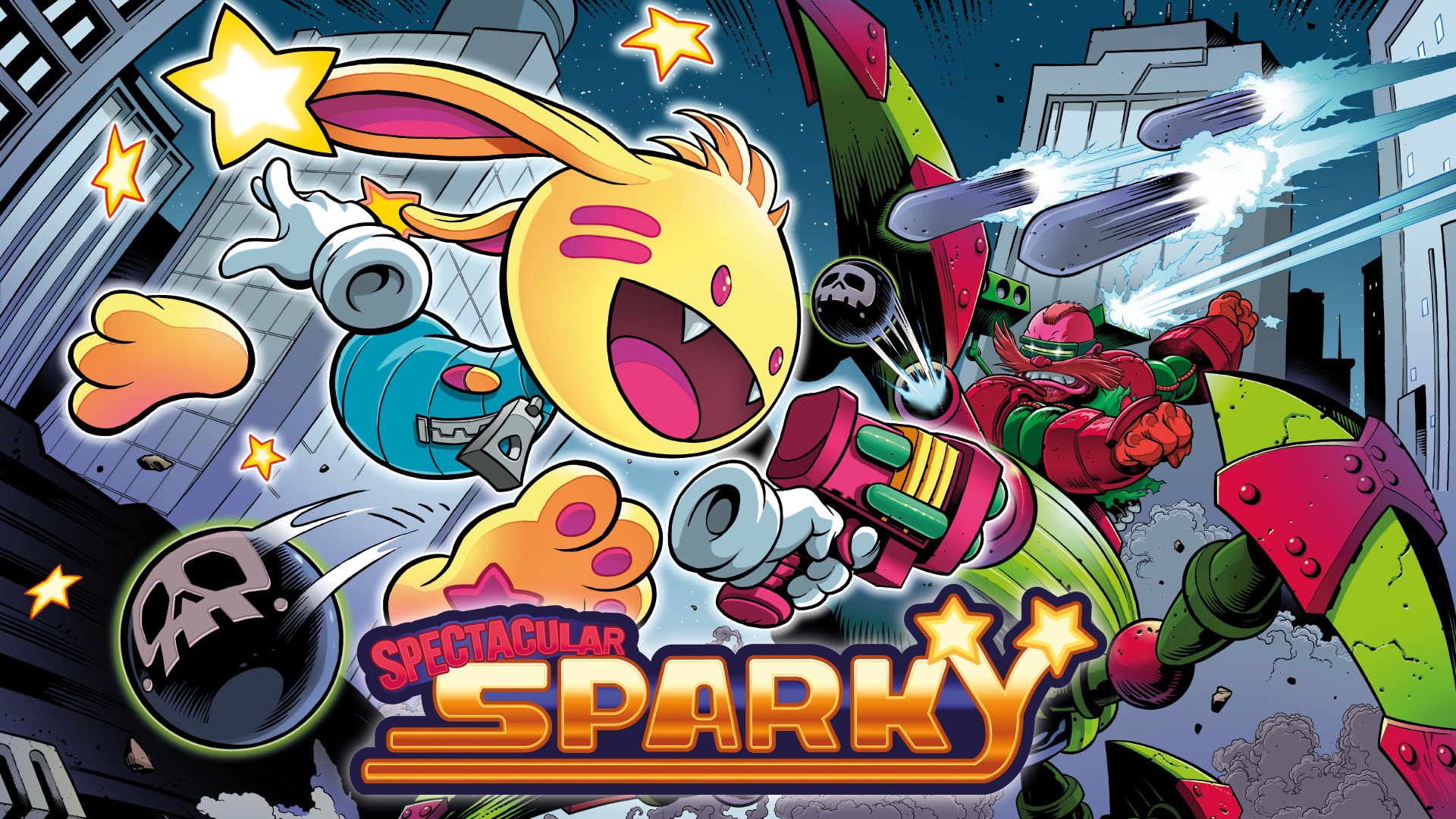