Extraterrestrials are the popular guests in videogames. I'm sure that every one of you saved the world from them for so many times he can't even count and brought peace to one or another planet. All these pesky alien invaders love to attack and capture anything they can reach their hands to. This was earlier, this happens now and believe me it'll happen again in the future.

In Rusty Gun the aliens are confronted not by some over-muscled macho, fan of bubblegum, not some secret organzation dressed in black, and not even chickenpox. This time the defender of Earth and his own private peace appears to be some casual grouchy old Earthling, who was hurt by aliens that spoiled his favorite fishing leisure by scaring all the fish away. Without any hesitation old man picked up his old and rusty rifle with only one goal — to show the alien invaders that there idea of having Earth destroyed while he has fishing full on his hands — the worst possible idea.

Explore the locations infested by alien dirtbags, keep finding secrets and new types of bullets for your rifle. Remember that the whole destiny of mankind is in your hands, and don't forget that you're just old, grumpy and love to kill. 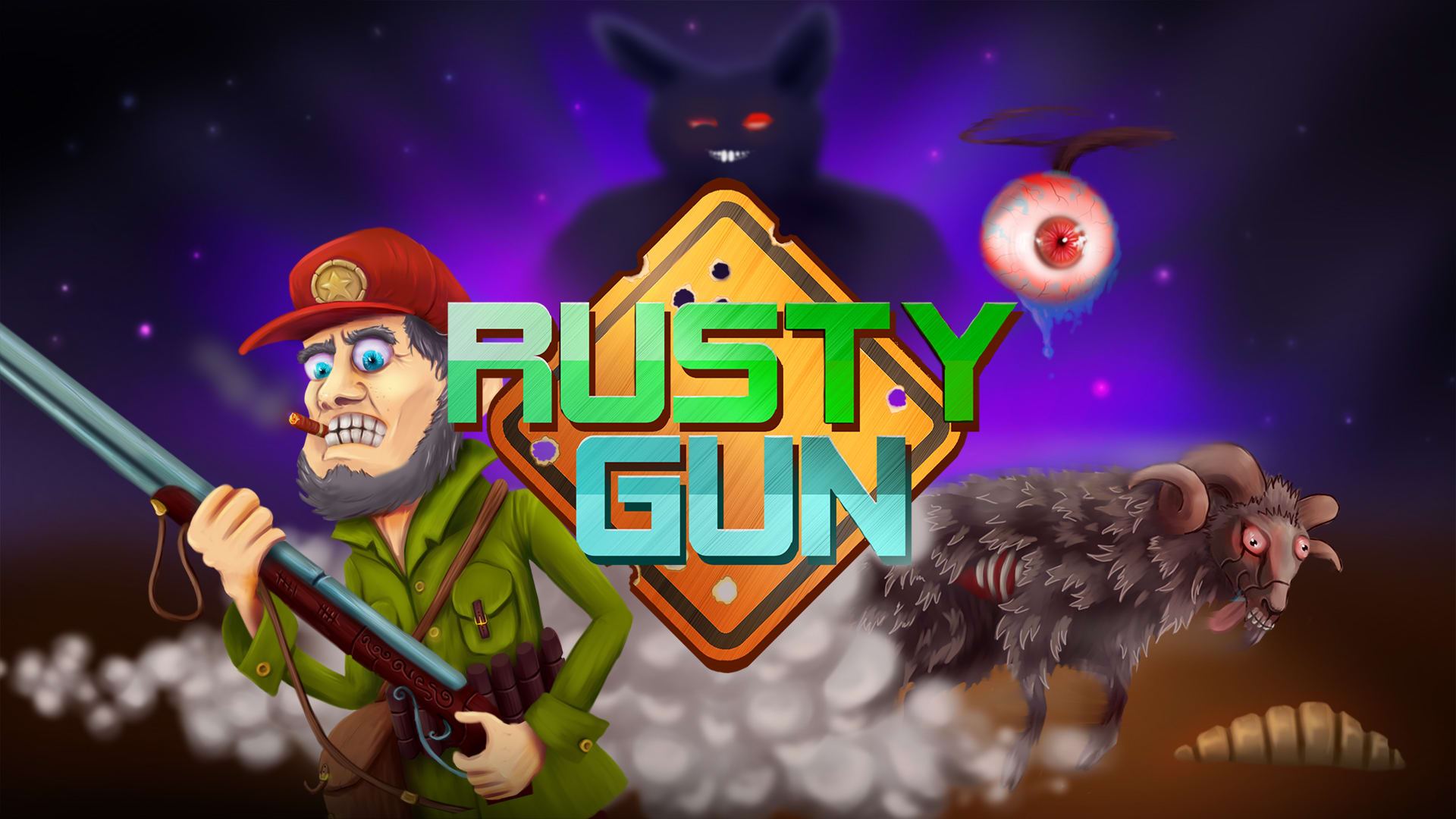 Blood, Use of Alcohol and Tobacco, Violence