“Pixel Game Maker Series BURAIGUN GALAXY STORM” is a vertically scrolling shooter that reminds you of a 90's arcade.
You can use three types of weapons: "Wide Beam", "Thunder Laser", and "Spear Shot", and you can also switch between "Side Formation" and "Front Formation".
Let’s build your own strategy!
The game also has "A-CHo/SYSTEM" that slows down the time when you are on the brink of damaging to avoid enemy bullets.

You can change the difficulty of the game and play in various modes such as "PRACTICE" and "BOSS BATTLE".

Story
Humanity is on the verge of extinction due to a sudden attack by mechanical beings...
"Reika" have a unique power, converting the mental power of humans into powerful energy.
She boards the state-of-the-art fighter "XEX" and flies off to the heart of the enemy alone... 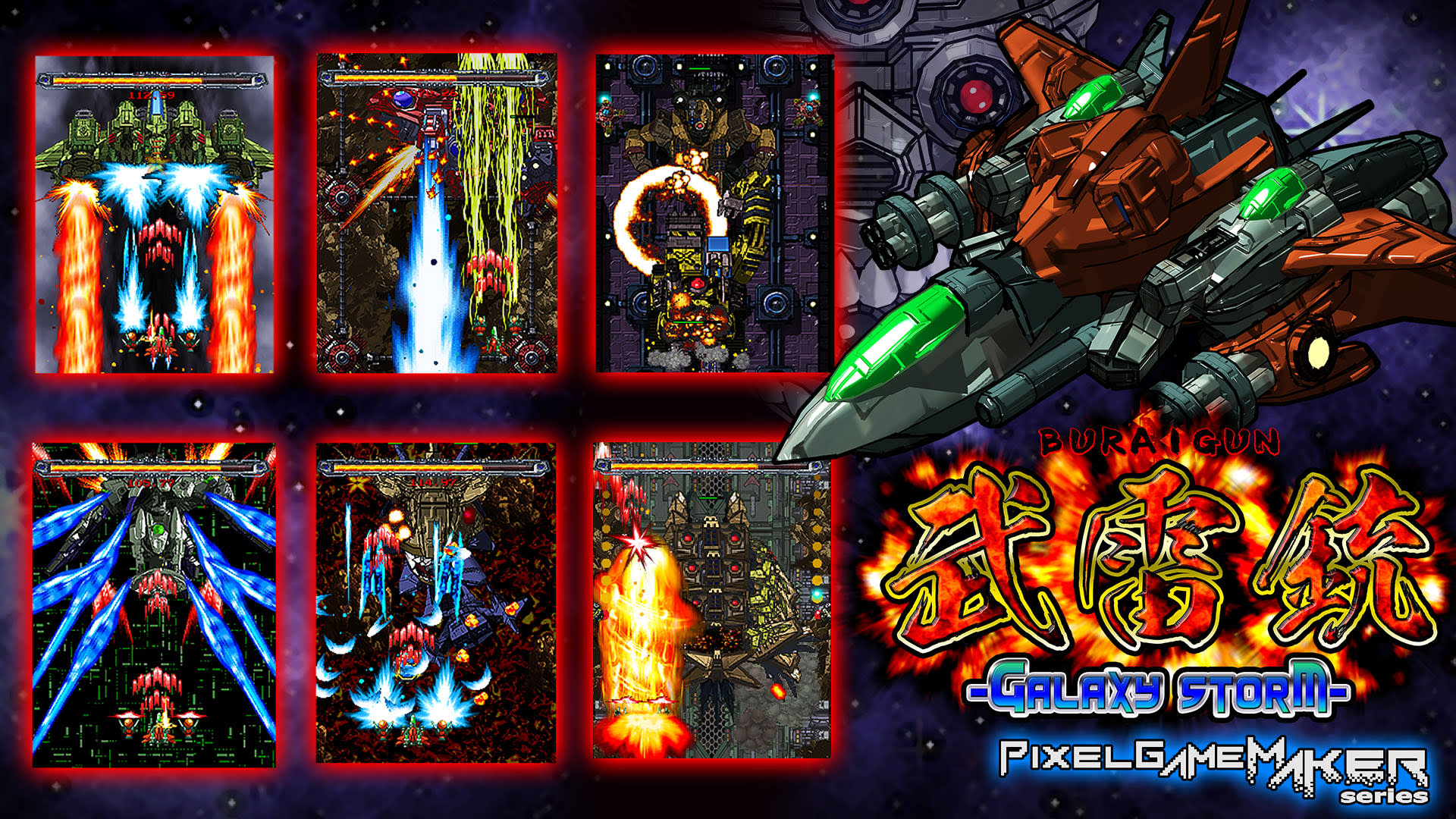